To Everything A Season: Turkey, Israel and the Moment of Truth 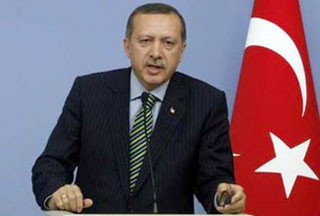 Today’s Turkey is the denialist bearer of the Ottoman execution of the great genocide and national dispossession of the Armenian people nearly a century ago.

Israel, the carrier-state of the Shoah which followed a generation later, has long been unconscionably complicit in the realpolitik relegation of the Armenian loss of life and homeland to the footnotes of inconvenient, expendable crimes against humanity.

Historically so different, the Turkish perpetrator and the Jewish victim, they have in the modern period surmounted their asymmetries to forge a strategic compact where might trumps right and the national interest, however narrow, stands uber alles. They have grown alike. 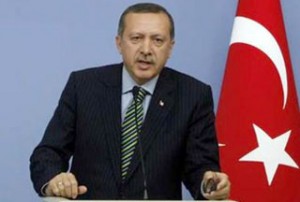 The demeanor of state, however, has thankfully been balanced by citizens of conscience both in Turkey and the Jewish world who, in the face of self-important narratives on the Turkish nation’s infallible greatness or the Holocaust’s uniqueness, have come to grasp the imperative to face history, take responsibility, and draw the lesson of genocide’s universality.  These righteous Muslims and Jews have not yet been able to carry the day.

Instead, it is the Erdogans and Davutoglus of the neo-Ottoman variety whose duplicitous bluster is driving their jaded vision of reasserted regional hegemony and imperial relevance. Only this time these deniers of genocide are pitching concepts of freedom, human rights, and international law to attain the depths of their purpose.

Israel’s blockade of Gaza is wrong and requires resolution. Palestine, like Mountainous Karabagh, has earned its right of sovereign statehood.

But the essence and rhetoric of the provocation, carefully crafted in Ankara, to precipitate an Israeli action upon the flotilla betrays the true intent of Turkey’s leaders: (1) to pursue the deception of their own clout and aggrandizement at the expense of regional peace-making, (2) to mask their effective abuse, as pawns, of the very people to whom they seek to break through in the name of Islamic solidarity, and (3) comfortably to gloss over their own unlawful blockade of Armenia since 1993.

They represent a state which wiped clean an entire civilization in committing genocide against the Armenians—as well as the Assyrians, Pontic Greeks, and later the Kurds–and has not found the political courage or moral fortitude to accept, atone and make just restitution for it. They represent a state which, far from seeking redemption and true conciliation, has brought its embargoes and other crimes of war to the remnant Armenian republic that miraculously survived the genocide. They represent a state which was formed on the forcible exclusion of the Armenians from their ancestral patrimony and which today outlaws any mention of genocide and condemns to a deep-state death those who, like Hrant Dink, seek peace and closure through veritas.

And now, as these “moderate Islamists”-turned-tyrants turn to jockeying with Israel for their own designs and the tallying of petty points, the question has been begged.

In Jewish circles and beyond, the collective conscience is being refreshed and appears gradually to be climbing out of Orwell’s memory hole. People are beginning to confess their recollection of Turkey’s genocidal record. In terms of paradigms and shifts, this is welcome news:  In every evil there is a good, the Armenian proverb goes.

But for this seminal case to close circle in full reconciliation with history, its reason must be whole, its realization cathartic.

The Armenian genocide in the century past and the security of the survivor state with its capital here must never ever be allowed to become a political football for selective use by two erstwhile allies to sort out their relations and the contents of their closets.

The people of Turkey would do well to rein in, and then reverse, their two-talking thrillseekers, whose contemporary policies are the direct inheritance of Talaat, Enver, and Jemal, the Young Turk triumvirate which masterminded the genocide and the ultimate occupation of the Armenian Plateau. But that’s really up to them.

As for the United States, Europe, and even Israel, this sordid affair might just be their penultimate chance to recognize a nation-killing by its name, to bring the perpetrating state to justice, and finally to guarantee the entitlements to restitution and reparation of the victims and their living progeny.

Not as a favor, nor an instrument of self-serving leverage. But as a matter of truth and equity–simple, overdue, unrequited–and nothing more.