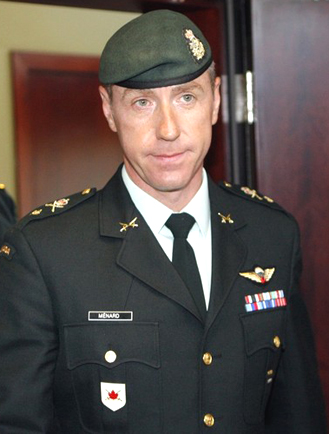 Where? The sacked military official was leading Canadian troops in occupied Afghanistan.

When? Canadian forces commander was stripped of his duties on Saturday, 30 May.

Why? The Canadian military said it has penalised Menard at a court-martial for accidentally firing his rifle at Kandahar Air Base in March. He is also linked to reports of having an inappropriate relationship though details are yet to surface.

How? The sacking comes at a time when 2,500-strong Canadian troops are fighting a deadly guerrilla war mounted by the Taliban. Around 150 Canadian troops have lost their lives since their deployment in Afghanistan in 2002. Their mission is due to end next year.