The Spill – Reflections from Louisiana 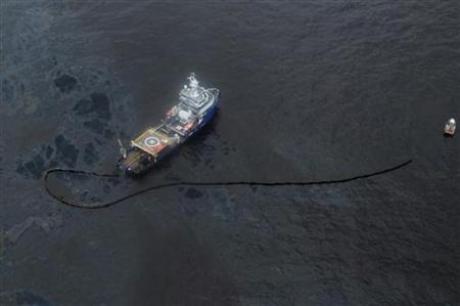 BP is attempting to contain and clean up its oil spill in the Gulf of Mexico (Photo: Reuters)

All my adult life – as a student, teacher, and voter – international politics and issues have been my primary interests. I expect that, at least to some extent, readers of the Foreign Policy Journal can make a similar claim.  Since April 20th that international focus has changed.  When the explosion and fire started on Deepwater Horizon, my first question was “do we know anybody working on that rig?”  Until last month my morning news reading began with a number of international stories I was following. Now I go directly to the coverage of the spill. 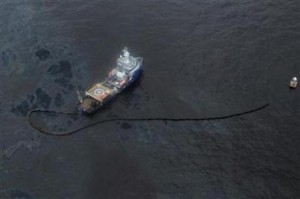 BP is attempting to contain and clean up its oil spill in the Gulf of Mexico (Photo: Reuters)

For forty years we have lived about 50 miles from Louisiana’s Gulf coast.  Before that we spent three years within walking distance of the Mississippi river in the New Orleans area.  We regularly visit parts of the Gulf coast from Brownsville to the Alabama beaches.  Last summer we vacationed in Gulf Shores, Alabama, a regular trip off and on for years. Our friends and acquaintances have worked in all aspects of the off-shore oil industry, vacationed in the same areas, and fished and boated in the coastal waters of South Louisiana.

Only in the last few days did I begin to realize the connection between a long-standing professional interest and a current personal preoccupation.  At least five different types of international groups are watching the story of the spill as closely as we are in Louisiana. These include the multi-national oil companies, the secondary and tertiary companies in that industry, governments of off-shore oil producing countries, shipping companies (including the producers, buyers, and consumers of their cargos),  and environmental organizations.  All are assessing their policies, practices as well as their economic and political interests.

The international oil companies – almost a redundant phrase – are wondering if something similar could happen to them.  I hope they are all reviewing what they are currently doing and determining how to do that better. They are anticipating new government regulations and are calculating their potential liability if a disaster strikes them.

Thousands of companies world-wide which supply equipment and services to the rigs drilling in off-shore waters are going through the same process as the oil companies.  They have seen the various corporations involved with the Deep Water Horizon operation blaming each other for the current situation and they are aware of what they might have to spend if faced with a similar situation. Lights are on late in corporate headquarters around the world as their officers evaluate possibilities and probabilities.

Governments which host and regulate off-shore operations ought to be engaged in comparable disaster control evaluations.  They are, or should be asking questions about the adequacy of existing regulations, inspections, and emergency plans. Astute public officials in these countries are beginning to realize the investment of time, personnel, and money that local, state, and federal governments in the United States will have made before this catastrophe ends.

If the Gulf spill impedes access to the Mississippi River and its ports, another set of international groups will become even more concerned than they already are.  Shippers and those who have an interest in their cargoes – buyers, seller, and consumers – depend on the availability of the ports and harbors in every coastal country with off-shore oil operations. The availability of critical supplies and perishable goods would become a serious issue if a spill were to occur elsewhere.

Finally, environmental organizations, both national and international, are currently involved here but their activities will not be limited to concerns about the impact on just the Gulf of Mexico. They will be modifying their strategies and intensifying their efforts. The ecological implications of the spill affect much of the planet.

These are but five of the interests being affected by the Gulf spill.  I have not even mentioned the less well organized and somewhat more localized seafood and tourist industries which have already lost money as a result of the Deepwater Horizon disaster.  Those businesses in other countries, many of whose economies are less diversified than ours, would suffer even more.

Former Speaker of the House of Representative “Tip” O’Neill is often quoted as having said that “all politics is local”.   Perhaps it is time to rephrase his observation and say “everything is global”.