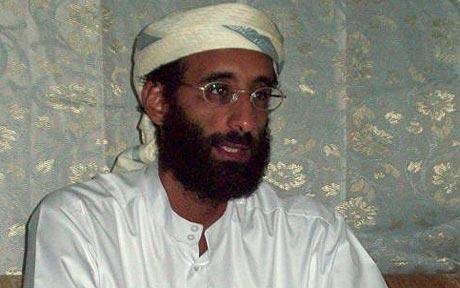 The Obama administration has ordered that U.S. citizen Anwar al-Awlaki be added to a list for extraducial assassination. (Photo: AP)

When the Soviets concluded their pull out from Afghanistan in February 1989, the United States government abruptly lost interest in the country. A devastated economic infrastructure, entrenched poverty, deep-rooted factionalism and lack of international aid caused the country to descend into complete chaos. Internal violence also worsened, but it was no longer an American concern. All that mattered was that the Cold War rival had been defeated. Mission accomplished. 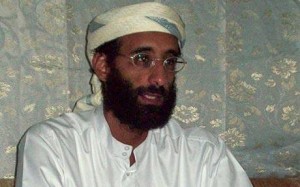 The Obama administration has ordered that U.S. citizen Anwar al-Awlaki be added to a list for extraducial assassination. (Photo: AP)

Afghanistan remains the starkest illustration of how poor countries are used, then betrayed when their usefulness runs out. But Afghanistan is not an exception; U.S. relations with many other countries, including Pakistan, Somalia and the Palestinian Authority remain hostage to this very model.

Yemen is now emerging as the newest casualty. Its government is desperate to hold on to the rein of power, amid corruption, extreme poverty and untold Western pressures. Ali Abdullah Saleh, the country’s president for the last thirty-one years, has impressively negotiated his political survival through mounting challenges. The 1994 civil war left many thousands dead, and despite the north’s ‘victory’ the discontent of the south never waned. Moreover, a Houthi revolt in the north is long running. Its latest manifestation lasted for sixth months and caused many deaths, most of which remained unreported. A mass migration of hundreds of thousands (270,000 by the recent estimates of the United Nations World Food Program) coincided with or followed the fighting. This is now temporarily in check, thanks to a fragile ceasefire.

According to some analysts, the ceasefire in the north could allow the central government in Sanaa to tend to the challenge growing in the south. Victoria Clark, author of the recent book ‘Yemen: Dancing on the Heads of Snakes’ claimed that, “Southern disaffection has gone beyond the point of no return…Saleh’s biggest mistake would be to crack down on southerners as hard as he has tried to do on the Houthi rebels.”

However, under immense (and increasing) western pressure, Saleh is likely to crack down. Western governments, led by the U.S. and Britain, run out of patience fairly quickly when the leaders of a poor, fragmented country opt for dialogue – even when such a choice might actually result in long-term political stability. When Afghan President Hamid Karzai merely mentioned the possibility of engaging the Taliban, it generated much rebuke.

When Palestinian factions achieved the Mecca Agreement in February 2007 to mend their differences, the U.S. immediately conditioned its financial backing of Mahmoud Abbas, and the agreement was successfully disintegrated. In the same vein, any Yemeni attempt at reaching out to the disaffected forces within the country, including tribes, opposition parties, and the various militant offshoots has been dismissed as an attempt to appease the terrorists.

Following a plot to blow up a U.S. airliner over the city of Detroit on Christmas Day, the U.S. renewed its interest in Yemen – in a predictable way. The administration of President Barack Obama issued an order early April authorizing the assassination of a U.S. citizen Anwar al-Awlaki, a Muslim cleric linked to the plot. It seems like the Bush years have started all over again.

U.S. Special Operation Forces have been at work in Yemen for years, following the terrorist attacks of September 11, 2001. Yemen was then declared “an important partner in the global war on terrorism,” and it remains so, whenever there is a need to chase the elusive militant groups partly or wholly linked to al-Qaeda.

The violent perusal of U.S. enemies in Yemen comes at a heavy cost. On one hand, it has undermined the central government, which is being increasingly challenged from the north, the south and the center. Naturally, no self-respecting government would allow its territories to be used either as breeding grounds for militants, or as a hunting ground for foreign forces. A raid involving U.S. cruise missiles at an alleged al-Qaeda camps in December 17, 2009 killed dozens, including 23 women and 17 children, according to Yemeni sources.

Indeed, Yemen is to a great extent a battlefield in which the central government is hardly the central player. However, the so-called ‘war on terror’ has presented many self-seeking forces in Yemen with a golden opportunity to extract wealth. Much has been ‘invested’ to beat al-Qaeda in the Arabian Peninsula (AQAP). But little has been spent elsewhere, for example, in providing sustenance to the hundreds of thousands victimized by the ongoing violence.

When problems become insurmountable and there is no effective system of accountability in place, corruption becomes rampant. It is no wonder that Yemen ranks 154 of the 180 countries examined in the Transparency International Corruption Index. Corruption is often an outcome of poverty and lack of accountability, and it also contributes to them. Yemen is unable to escape this vicious circle.

Since Yemen is not officially an occupied country, donor countries can easily disown their financial promises. Such promises are only made when Yemen is set for some military operation or another, or to prop up the central government’s own proxy war on terror. However, when the Yemeni people are in genuine and dire need for help, Yemen becomes such a distant subject. It begets pity, at best, but no action.

According to the World Food Program (WFP), 7.2 million people – about a third of the country’s population – are suffering from chronic hunger. Almost half of them require immediate food assistance, but fewer than half a million are receiving it. They have been directly affected by the policies of western governments, and the central government’s own involvement in proxy wars on militants, tribes and other disaffected Yemenis.

How much money is the WFP is asking for in its latest appeal? A meager $103 million, out of which only $27 million has been received. A Tomahawk cruise missile – celebrated as both cheap but effective – costs around $600,000. The cost of the operation that killed dozens of innocent Yemenis last December could have, in fact, fed millions in need.

This is not a matter of mathematics; it is common sense. The ongoing miscalculations in Yemen are securing the very environment that lead to poverty, corruption, anger – and ultimately militancy and violence.

According to Emilia Casella, spokeswoman for the WFP, “people have three other options after that — revolt, migrate or die.” Sadly, this is what millions of Yemenis are already doing.