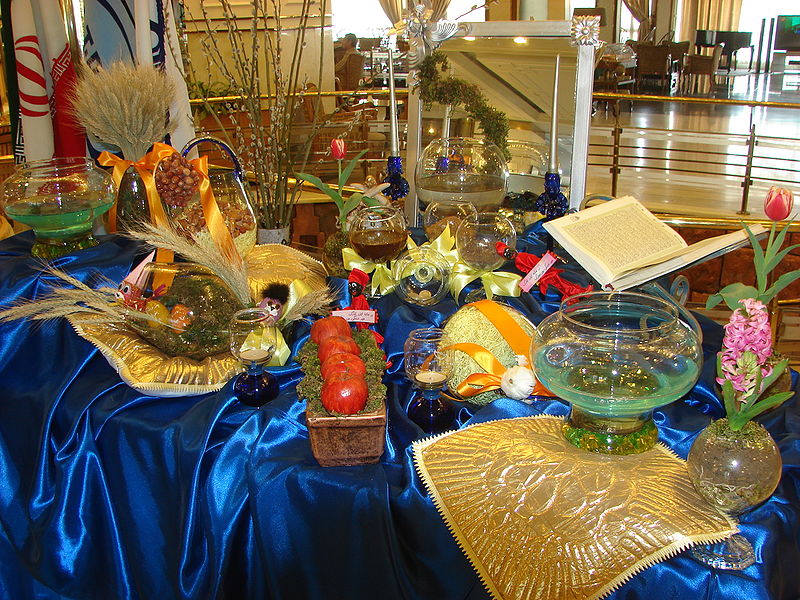 A set of ancient rituals and traditional customs to mark the commencement of Iranian New Year, “Nowrouz” was officially recognized as an international holiday by the UN General Assembly last month.

The UN’s decision to glorify Nowrouz as an international holiday, which some 300 million people observe annually, immersed Iranians all over the world in a wave of joviality and excitement, intensively revitalizing their sense of national honor. The undisputable majority of those who observe Nowrouz live in Iran; however, Persian speaking and non-Persian speaking people in Afghanistan, Tajikistan, Turkey, Azerbaijan, Uzbekistan and Kyrgyzstan celebrate Nowrouz as well. 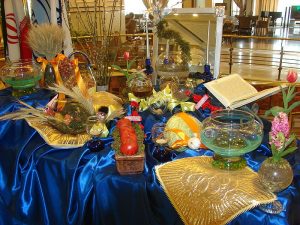 Nowrouz (meaning “new day” in the Persian language) is a 2-week-long festivity which starts on March 21st and marks the beginning of the new solar year according to the Jalali calendar, invented by Khayyam. Hakim Omar Khayyam, whose famous quatrains were proficiently translated by Edward FitzGerald and widely read throughout the U.S. and Europe over the past 150 years, was an eleventh century Iranian polymath, poet, mathematician, physician and astronomer who reformed the outdated style of the Iranian calendar and adopted a new system for the computation of days and months based on the actual solar transit. The new calendar was first adopted on March 15, 1079 and is said to be the most accurate solar calendar in use today.

Despite being practiced on the basis of solar calendar for not more than 930 years, Nowrouz by itself is an ancient Persian festival which dates back to 2500 years ago, when the mighty and powerful dynasty of Achaemenids was ruling the Great Persia, expanding its dominance all over the Mesopotamia and Far East.

In accordance with the calculations of Khayyam, the new solar year begins precisely when the Sun crosses the celestial equator and the vernal equinox starts astronomically. The moment of this spatial happening is called the “Transition of the Year”.

At least two hours before the moment of transition, Iranian families set an impressive and glorious table called Haft Seen and warmly congregate around it. Haft Seen has symbolically become the icon of Nowrouz wherever it is remembered or discussed.

Actually, the most remarkable representation of Nowrouz should be found on the Haft Seen table, which almost every Iranian family spreads to welcome the arrival of vernal equinox. The Haft Seen table contains seven (haft) materials and items whose names start with the letter “s” (interestingly, the Persian letter “seen” exactly corresponds with the English letter “s”), each one typifying a moral and conceptual paradigm.

Other common items which can be found in the Haft Seen tables variously are vinegar (serkeh), sumac berries (somaq) and clock (sa’at); however, this table additionally contains some inseparable components which convey goodwill and are integral to its formation, but have names starting with letters other than “s”. The Holy Quran is placed on the most elevated position of the table as a sign of moral and religious graciousness; mirror shows the reflection of goodness – the Iranian people have always believed in mirror as a sign of purity – and candles are positioned on the two sides of the mirror to burn until the last flame, to gloriously enlighten the table. Not to be forgotten are the colored eggs which the Iranian families believe would endorse fertility and productivity in a new year; the footsteps of this tradition can be similarly traced in the rest of the world. Goldfish are also an indivisible element of the Haft Seen table. They live in a crystal bowl and indicate liveliness and dynamism.

The sustainability of Nowrouz which remained intact and unchanged for such a long period implies the effectiveness of miscellaneous factors that perpetuated Nowrouz and contributed to its long survival. The perseverance of Iranians who considered this celebration as not simply a festival for gathering and having fun has unquestionably fortified the foundations of Nowrouz, turning this apparently simple festival into an inseparable archetype of the Persian culture and civilization.

Nowrouz is one of the few remnants of Persian Empire’s cultural heritage that the people of Iran venerate wholeheartedly; reading the rhythmical poetry of Hafez Shirazi (a renowned Iranian poet of 14th century) during the family gatherings, visiting families and brining New Year gifts for the youth, staging folklore music and playing local games altogether constitute the traditions of New Year festival in Iran.

Concisely, Nowrouz should be described as a representation of Persian culture’s glory and delightfulness. The mixture of Nowrouz customs with the Islamic elements beautified this ancient Iranian fest and adorned its spirit ethically. Now that the UN has officially recognized Nowrouz as an international day, it seems vital for the world citizens to ask themselves what has eternalized this historical festival that brings the hearts of millions of people around the world together.