United States Hypocrisy Knows No Rationale – Take it to the U.N. 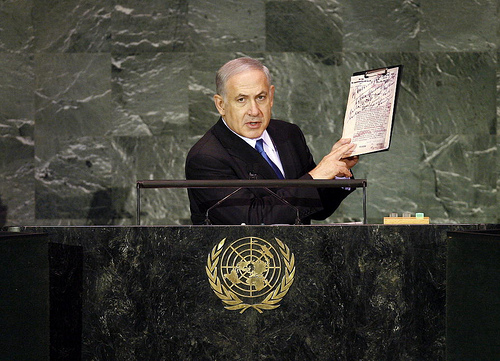 The political events and comments surrounding Joe Biden’s recent visit to Israel stand only to highlight the hypocrisy and arrogant ignorance of the United States command. There are two factors here: first is the avoidance – in spite of superficial appearances – of the U.N. Security Council; and secondly – again in spite of superficial appearances – that the U.S. military command is concerned about the welfare of their troops in the Middle East because of the Israeli situation.

As most followers of the news are aware, the Israelis announced plans to construct another 1600 settlement units in the Jerusalem area. They did this in the face of Biden who at the time was meeting with Netanyahu concerning the rebooting of the “peace process.” The main purpose of the “peace process” – at least for the Israelis – is to be able to establish communities – “facts” – on the ground so that if they ever did finally get to some form of settlement, imposed or negotiated, the inarguable facts would severely limit what could be negotiated as far as independent, sovereign, and contiguous territory for Palestine is concerned. 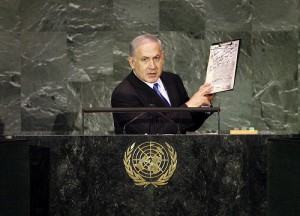 Biden, Clinton, and Obama all “condemned” these statements, acting as any affronted president should in their pretended outrage against Israeli actions.[1] The real message arrives with the comments from the Quartet: the U.N., the U.S., Russia, and the E.U.. Ban Ki-moon, the U.N. secretary-general, acting as head of this group said he “urges the government of Israel to freeze all settlement activities,” adding they “condemned…the decision by the government of Israel to advance planning for new housing units in East Jerusalem”.[2]

The comments continued emphatically, “The Quartet has sent a clear and strong message: we are strongly supporting your efforts to establish an independent and viable Palestinian state.” Later he added, “Let us be clear, all settlement activity is illegal anywhere in occupied territory and this must stop.”[3]

Others in the region however were not as fooled as perhaps the rest of the world is, having dealt with this issue for the last forty and more years. As reported on al-Jazeera, “The Palestinian Authority will need the UN’s support in these confrontations.” And that is the crux of the matter – taking the issue to the UN.

Why does the U.S. not introduce this topic to the Security Council at the U.N.? Why did Ban not do the same? Why are they all sitting back saying the U.N. needs to do something when nobody is willing to take it to the U.N.? The answer is really quite simple: taking the issue to the U.N. Security Council would address the issue for what it is, a crime against international law of the Geneva Conventions and the U.N. Charter of Rights.

If the U.N. Security Council dealt with the matter and supported the “condemnation” as strongly as the (ineffective) Quartet, it would then be a matter of international law, and it would then have to be recognized that both Israel and the U.S. are constantly in contradiction of many international laws concerning occupation, war, and the humane treatment of prisoners. Following the U.S. lead, with the E.U. and the Russians in support, there would be unanimous approval from the Security Council for such a condemnation and establishment of the “facts” in international law. They obviously want to avoid this.

Another factor that struck me as singularly ignorant and arrogant is the pronouncement from the U.S. General Patraeus, “The conflict foments anti-American sentiment, due to a perception of U.S. favoritism for Israel. Arab anger over the Palestinian question limits the strength and depth of U.S. partnerships with governments and peoples in the [CENTCOM area of responsibility] AOR and weakens the legitimacy of moderate regimes in the Arab world.” Biden stepped in again saying, “What you’re doing here undermines the security of our troops who are fighting in Iraq, Afghanistan and Pakistan. That endangers us, and it endangers regional peace.”

NO! Really? Do you think it is a perception of Israeli favoritism, or perhaps do you think, in the deep darker corners of your mind, refusing to come out into the arena of awareness, that it is true, you do favor the Israelis? And further, in those same dark recesses of the arrogant U.S. mind, lurks the thought that perhaps what is occurring is against all international law, both the events inside Israel/Palestine and the events occurring in Iraq, Afghanistan, and now Pakistan? And who are the moderate Arab regimes? Are they the ones that refuse to do anything except mutter a few politically correct phrases directed to the Palestinians, while they continue to kowtow to the U.S. presence in the region and accept all the favors that are offered the elites of these supposedly moderate countries?

And why are you there in the first place? Biden’s ignorance and arrogance in considering that the U.S. is supporting regional peace is nothing but….pardon the language…crap. Put it all in context. The U.S. is interested in the oil in the region, always has been except that the British made it there first. The U.S. has always supported Israel, maybe not without contention and not always overtly, but the political mechanisms in the U.S. have always been favorable to Israel. The U.S. has always wished to contain the Soviet Union and now is doing the same with Russian interests in the region. China becomes a new added factor, with its increasing demand and increasing economic and military power throughout East Asia, and the U.S. is obviously trying to limit its growth in the area.

Peace? What arrogance! What ignorance! What culpability!

No, the U.S. is not there for peace. The U.S. is there for war, a war to control all the elements that might hinder their access to soon to be rapidly depleting oil resources, other natural resources, and to contain Russia and China from encroaching on “their” territory. It is a war of terror, creating the very terror they presume to eliminate. The ephemeral disappearing terrorist, creating an ongoing situation of contingencies that the U.S. then allows themselves, a unilateral self-justification, their invasions and encroachments on the sovereign territory of many nations in the Middle East and Asia (and indeed around the world).

The U.S. was quite happy to create a coup to eliminate the democratically elected Mossadegh government of Iran and then support the Shah of Iran when he ruled the country with the aid of his secret police (SAVAK). The U.S. supported Hussein of Iraq until it became necessary to take pressure of the Saudi government and find a new base for their military establishments. The U.S. was quite happy to stand by as the Israelis captured all the remaining Palestinian territory in the 1967 war, with no complaints when the USS Liberty was destroyed, and stood by again as they attacked Lebanon in 2006, hoping to see a new puppet government established there, and then stood by while the Israeli military pummeled the Gaza territory, in full contradiction of all international law (thus making them complicit), hoping for the elimination of those pesky Gazans who did not like living in an Israeli ghetto or prison.

Take it to the UN

The U.S. and Israel are locked in a macabre dance. The U.S. congress shuffles meekly along to the orchestration of the AIPAC group. And now the U.S. is excited because the Israelis say they are going to build some more settlement buildings. Get real. They really do not care, other than for their own deluded “perceptions” of peace.

Take it to the U.N., gentlemen (and I use the term sarcastically), and allow the world to see the truth of the situation in relation to international law.