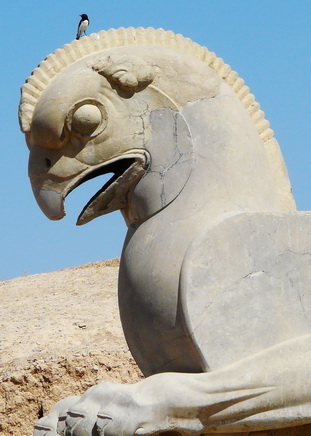 According to many Iranian historians, Achaemianians were the first the festival in around 555 BC. Many archaeologists are of the view that the famous Persepolis complex was built for the specific purpose of celebrating Nowruz. Photo - Little Brother

It is the time when earth changes its position. Its inclination towards the Sun is over. It seems as if its taking some rest after a long and cold journey and having some time on its own. Mother Earth, in the ‘rest’ period, ushers an era of equal days and nights and bids farewell to winters in the northern hemisphere and starts to prepare itself for a warm and worn out summer.

In the true spirit of nature and as a display of our devotion to everything that celebrates life and creation on our planet, we, the humans, since time immemorial have taken this opportunity to express our joy and cherish the days of serenity. Our civilizations are rife with festivals that celebrated this special celestial event in their own distinct ways and gave humankind a thought to relate itself to its abode. Vernal equinox, it seems, is the day when nature and its subjects come very close to each other and rediscover their ties.

Nowroz is one such festival that is celebrated as the festival of life and a new beginning. The word ‘Nowroz’ is a compound of two Persian words, ‘now’ means new, and the word ‘roz’ that can mean both ‘day’ and ‘time’. Literally meaning the ‘new day’, Nowroz is usually translated as ‘new year’.

According to many Iranian historians, Achaemianians were the first the festival in around 555 BC. Many archaeologists are of the view that the famous Persepolis complex was built for the specific purpose of celebrating Nowroz. (Photo: Little Brother) 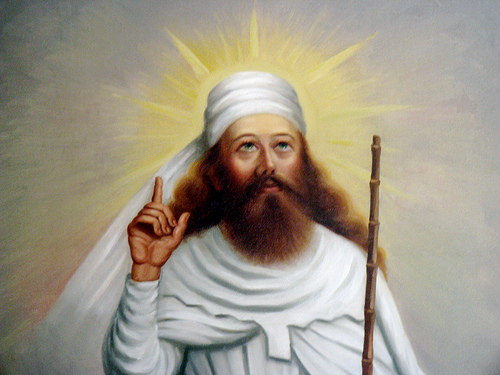 Zoroaster is the founder of Zoroastrianism. He is an ancient Persian prophet and religious icon. In the Zoroastrian tradition, there are seven most important festivals including six Gahambars and one Nowroz which occurs at the spring equinox. It is said to be mentioned in the Zoroastrian holy book of Avesta. 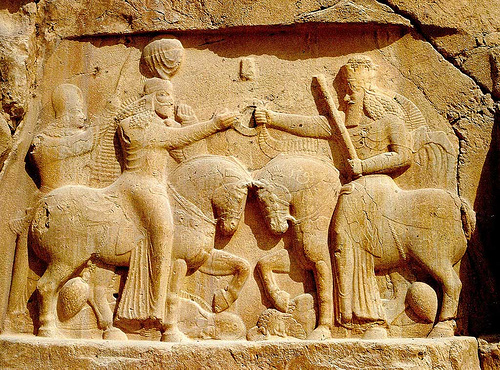 But according to Shahnama which means ‘The Great Book’ in Persian, King Jamshid founded the tradition of celebrating the onset of Spring. Zoroastrian holy book Avesta believes the great Persian king saved humanity from a harsh winter that could have decimated every living creature on Earth. Following his victory, a throne studded with gems was constructed and was raised to the heavens. All living beings celebrated the event and called this day as the New Day. (Photo: Pedrosoft) 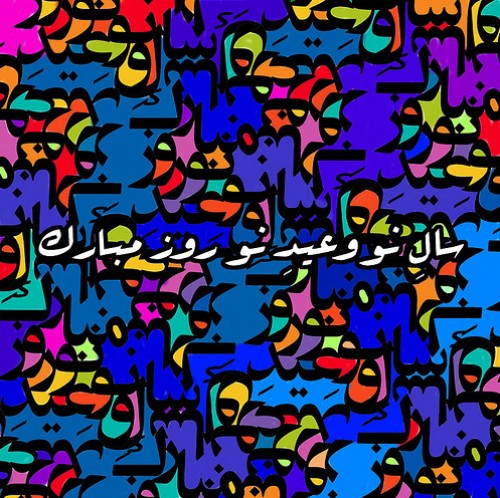 Nowroz marks the first day of spring and the beginning of the year in Persian calendar. It is one of the most important holidays in Iran along with Afghanistan, Azerbaijan, Kurdish regions in Turkey and Iraq and Central Asia. (Photo: *abro*) 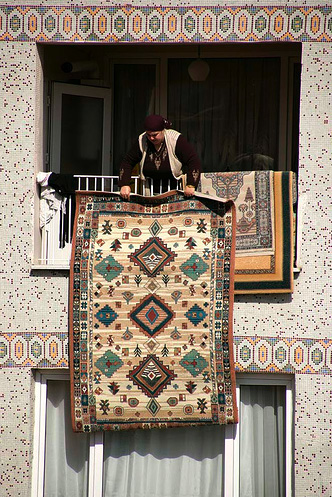 Spring cleaning is commonly performed before Nowroz. Called ‘Khouneh Tekouni’ in Persian which literally means 'shaking the house', all items in the house are properly cleaned by every household. People also buy new clothes and give presents to each other. (Photo: rebeccaerol) 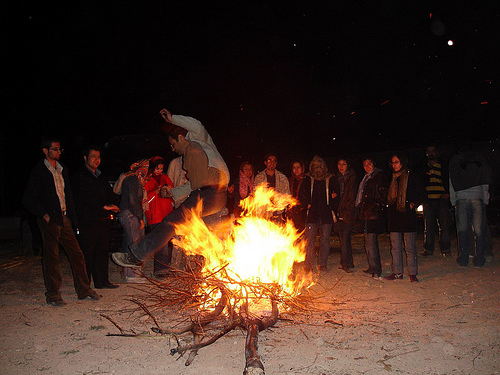 The last Wednesday night of the Persian year is celebrated by people as ‘Wednesday of Fire’. People make fire and jump over it anticipating to give away their sickness to it while gaining its strength. This symbolic ritual is seen as the victory of good (light) over bad (darkness). (Photo: nazkhanom) 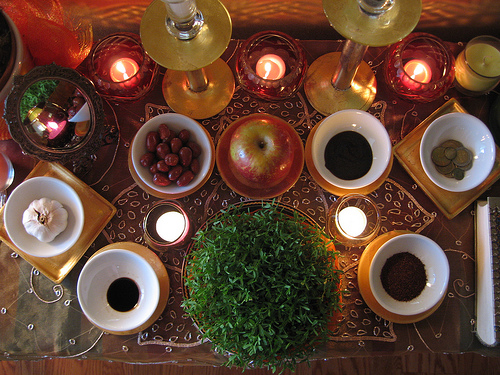 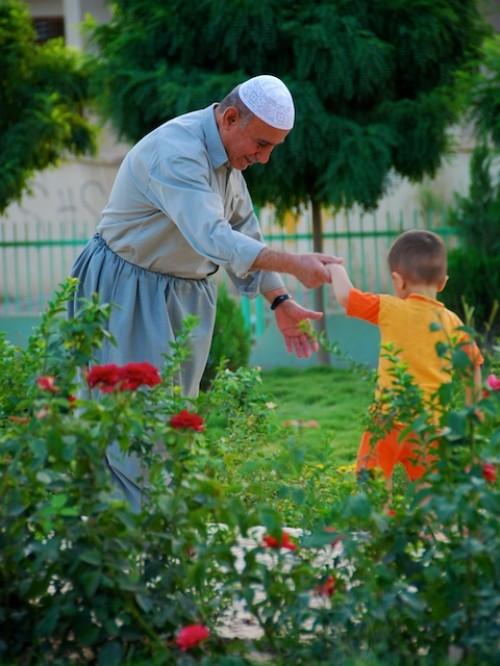 On the day of Nowroz, family members pay visit to the elders and spend some time with them. (Photo: heber vega) 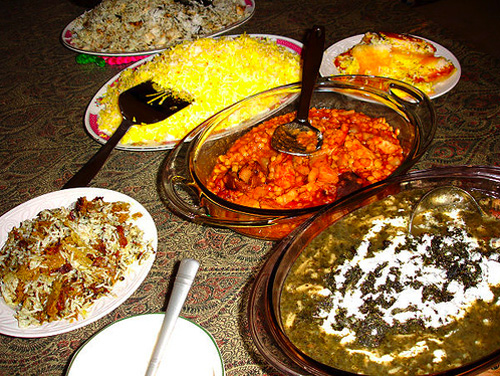 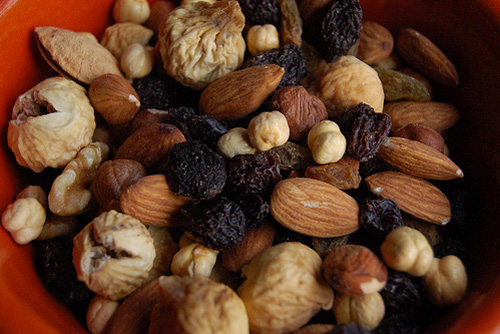 Traditional dry fruits and nuts are served on the New Year’s eve while jumping over the fire. (Photo: flora and flying) 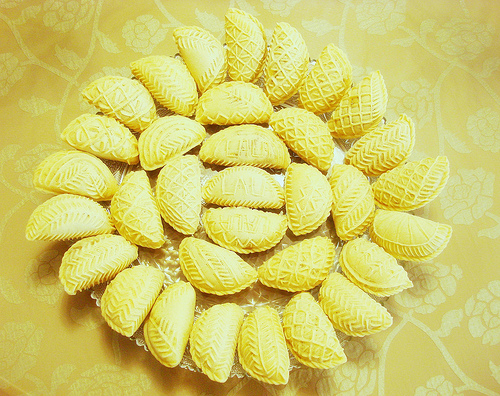 Shekerbura or sugar fills is one of the traditional pastries usually baked for Nowruz in Azerbaijan. It consists of nuts and sugar wrapped in pastry dough. The outer surface is then intricately decorated using a special tool. The recipe for Shekerbura traditionally passes from generation to generation, and each family adds its own special touch. (Photo: ♥ Lala ♥) 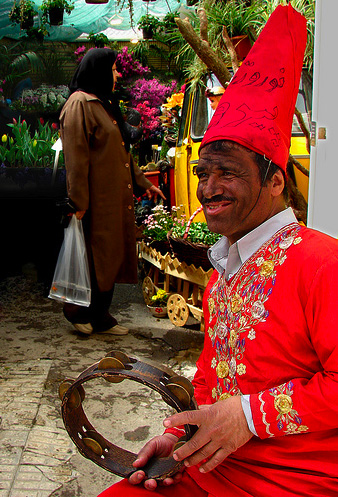 Haji Firoz is the most important traditional folk entertainer that appears in the streets before the festival begins. The character blackens its skin (black is an ancient Persian symbol of good luck) and wears red dress. It symbolizes the rebirth of the Sumerian god of sacrifice, Domuzi, who was killed at the end of each year and reborn at the beginning of the New Year. (Photo: Alieh)

The 13th day of the festival is called Sizdeh Bedr which literally means oust thirteen. Nowruz lasts for 12 days and according to Persian belief the thirteenth day represents the time of chaos. Considered to be inauspicious, families should put order aside to avoid the bad luck associated with the number 13 by going outdoors and having picnics and parties. (Photo: Farsani) 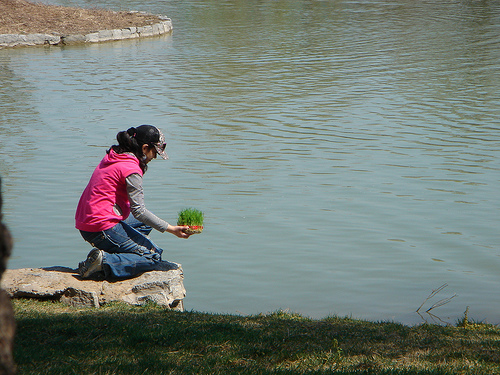 Celebrations on day 13 come to an end when the vegetation grown for Haft-e-Seen is cast away in running water to get rid of the demons. Young single women tie the leaves of the vegetation before throwing it as an expression to get married before next Nowruz. (Photo: 2ndmoon) 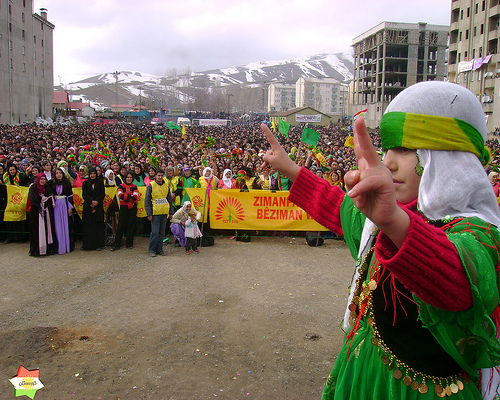 Nowroz is a major festival in Kurdistan that includes regions in southern Turkey, northern Iraq and north western Iran. It has been celebrated as a politico-cultural event in Turkey with a strong outburst of Kurdish nationalism. Turkey finally accepted and legalized Nowruz as a festival in 2005 lifting decades old ban on the cultural event. (Photo: jan kurdistan) 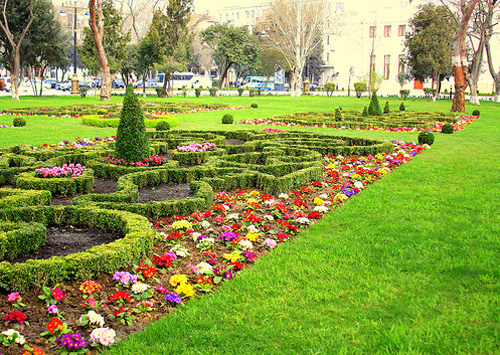 View of a park in Baku, Azerbaijan. The festival marked on the beginning of spring drapes the whole region in green blanket and offers eye pleasing views. People from Central Asia to the Middle East and South Asia to some parts of the Balkans celebrate Nowruz to admire the works of nature and to strengthen their bond with everything between the heavens and the earth. (Photo: aline_ramim)