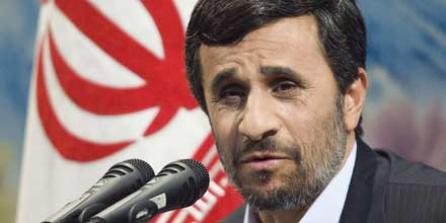 Despite a nearly endless barrage of reporting on Iran’s nuclear energy program, the US government’s push for a new round of sanctions, and on-going efforts to foment regime change in the Islamic Republic, all had been relatively quiet on the Ahmadinejad front in the Western press for some time.

The mainstream media’s favorite scapegoat, Iranian President Mahmoud Ahmadinejad, resurfaced on Saturday amidst reports that he called the attacks of September 11, 2001 “a big lie.” According to the immediate and rabid response of virtually every Western news network around, this was simply the latest insane claim of the same raving madman who has previously threatened to wipe a foreign state off the map and denied the Holocaust. 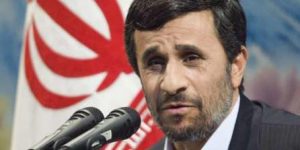 Yet, as with those other mistranslated or misunderstood statements, this new claim hardly stands up to even the most cursory scrutiny, as it has been reported with little accompanying context and comparison. According to a translation by Reuters, Ahmadinejad, addressing the staff of the Iranian Intelligence Ministry, stated that, “The September 11 incident was a big fabrication as a pretext for the campaign against terrorism and a prelude for staging an invasion against Afghanistan.” PressTV translated the President as saying that the circumstances of 9/11 were a “big lie intended to serve as a pretext for fighting terrorism and setting the grounds for sending troops to Afghanistan.”

Most of the press, including CBS News, Huffington Post, and Fox News, ran with an Associated Press report by Ali Akbar Dareini entitled, “Iran’s Ahmadinejad: Sept. 11 attacks a ‘big lie'” while CNN and Ha’aretz reprinted the AP with some slight variations like using the headline “Ahmadinejad Calls 9/11 ‘A Big Fabrication’.”

Robert Mackey, writing for The New York Times editorialized that Ahmadinejad told Iranian intelligence officials that the destruction of the World Trade Center in New York City was “staged.”

By reporting that he called 9/11 a “lie” or “fabrication,” the press has completely subverted the meaning of Ahmadinejad’s actual statement. Headlines and ledes like the ones printed by the mainstream media give the intentionally misleading interpretation that Ahmadinejad claimed that 9/11 didn’t actually happen. But the full quote obviously reveals something quite different. The events of 9/11 – that hijacked airplanes were flown into buildings, killing tens of hundreds of people – is not questioned or denied by Ahmadinejad in these statements. The attacks, in and of themselves, are not debated or disputed. What Ahmadinejad says is that the event itself was the result of, as PressTV reports, a premeditated “scenario and a sophisticated intelligence measure,” that was subsequently used as an excuse to justify the so-called “War on Terror” and invasions of Afghanistan and Iraq.

In short, President Ahmadinejad does not claim that 9/11 itself is a lie. He never has. In May 2006, in a letter written directly to George W. Bush, Ahmadinejad states, clearly and unequivocally,

“September Eleven was a horrendous incident. The killing of innocents is deplorable and appalling in any part of the world. Our government immediately declared its disgust with the perpetrators and offered its condolences to the bereaved and expressed its sympathies.”

Ahmadinejad’s words echo those of his predecessor, President Mohammad Khatami, who in the wake of the attacks declared, “On behalf of the Iranian people and the Islamic Republic, I denounce the terrorist measures, which led to the killing of defenseless people, and I express my deep sorrow and sympathy with the American people.” Furthermore, Iran was one of the first countries to hold candle-light vigils in solidarity and sympathy with the victims of the attacks.

What Ahmadinejad does claim, however, is that the official story of the events – publicly memorialized in the publication of the US government-sponsored The National Commission on Terrorist Attacks Upon the United States (also known as the 9/11 Commission) – is dubious, incomplete, and may very well have been the result of well-calculated misinformation and deliberate action (or, perhaps, inaction on previously obtained intelligence) by the US government. This is neither a new revelation for Ahmadinejad nor for the world community in general. In his letter to Bush, Ahmadinejad wrote,

“Could it be planned and executed without coordination with intelligence and security services – or their extensive infiltration? Of course this is just an educated guess. Why have the various aspects of the attacks been kept secret? Why are we not told who botched their responsibilities? And, why aren’t those responsible and the guilty parties identified and put on trial?”

In questioning the job done by American intelligence agencies, and questioning the US government’s official version of events and responsibility, in the lead-up to September 11th, the Iranian President isn’t alone.

To read the hysterical reports about his recent 9/11 comments questioning the accepted story of the event, one would think that Ahmadinejad is voicing roundly rejected, widely unpopular, and insanely outrageous conspiracy theories, devoid of any reasonable evidence or public support. This is hardly the case.

In fact, Ahmadinejad is in the company of more than half of planet Earth, half of New Yorkers, and almost half of all Americans. His views are not particularly uncommon, let alone unique. They surely don’t demonstrate a lunatic fringe viewpoint, but rather an opinion well within the public discourse, though not often discussed by Western media.

Whereas the 9/11 Commission was officially “created by congressional legislation and the signature of President George W. Bush in late 2002…to prepare a full and complete account of the circumstances surrounding the September 11, 2001 terrorist attacks, including preparedness for and the immediate response to the attacks,” a plurality of the public believe this goal was not successfully accomplished and have doubts about the Commission’s findings.

An August 2004 Zogby poll, conducted right after the Commission’s report was made public and just days before the Republican National Convention was held in Manhattan, found that over 49% of New York City residents and 41% of New York State citizens say that at least some US government officials “knew in advance that attacks were planned on or around September 11, 2001, and that they consciously failed to act.”

Another Zogby poll from May 2006 found that 42% of Americans believe that “the US government and its 9/11 Commission concealed or refused to investigate critical evidence that contradicts their official explanation of the September 11th attacks” and said “there has been a cover-up.” Another ten percent of respondents were unsure. The same poll found that 44% of Americans believe that “the Bush Administration exploited the September 11th attacks” in order to advance its own foreign policy agenda in the Middle East, namely, “to justify the invasion of Iraq.”

Furthermore, 45% of those polled agree that “so many unanswered questions about 9/11 remain that Congress or an International Tribunal should re-investigate the attacks, including whether any US government officials consciously allowed or helped facilitate their success,” while eight percent remain “unsure.”

A Scripps Howard/Ohio University poll from July 2006 discovered that “More than a third of the American public suspects that federal officials assisted in the 9/11 terrorist attacks or took no action to stop them so the United States could go to war in the Middle East.”

Between May 2002 and October 2006, polls conducted by The New York Times and CBS News found that upwards of 79% of the American public believed that “When it comes to what they knew prior to September 11th, 2001, about possible terrorist attacks against the United States,” members of the Bush Administration were either “mostly telling the truth but hiding something,” “mostly lying,” or “not sure.” In those four and a half years, the number of respondents convinced that the government was “mostly lying” grew by 20%.