The Supreme Court Has Protected Our Liberty in ‘Citizens United’ 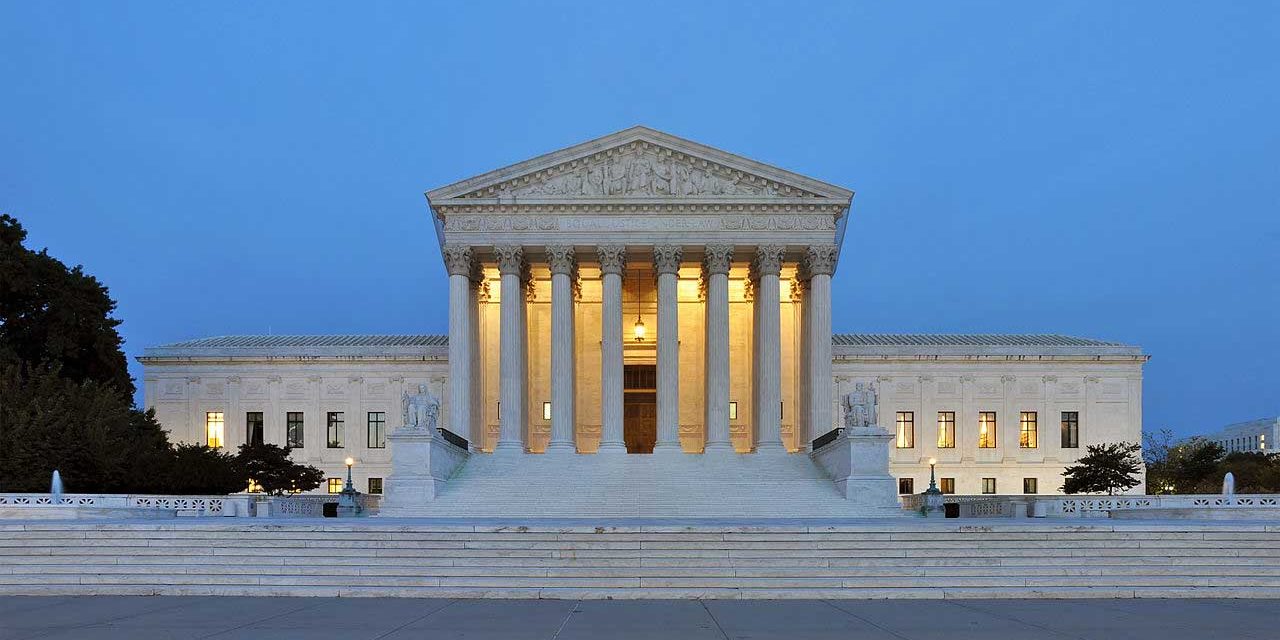 The US Supreme Court building in Washington, DC (Joe Ravi/CC-BY-SA 3.0)

The ruling of the U.S. Supreme Court in Citizens United v. Federal Election Commission has been the source of a great deal of controversy, but it’s been largely misrepresented by commentators.

The ruling of the U.S. Supreme Court in Citizens United v. Federal Election Commission has been the source of a great deal of controversy, but it’s been largely misrepresented by commentators.

First of all, this ruling does not allow corporate contributions to political campaigns. This is still illegal. Although it’s not hard to find ways to work around this prohibition, this is a separate issue from the one considered here.

The case arises from the Bipartisan Campaign Reform Act of 2002, which “prohibits corporations and unions from using their general treasury funds to make independent expenditures for speech that is an ‘electioneering communication’ or for speech that expressly advocates the election or defeat of a candidate.”

Under this legislation, the Court observed, for the Sierra Club to run an ad exhorting the public “to disapprove of a Congressman who favors logging in national forests”, for the National Rifle Association (NRA)  to publish a book “urging the public to vote for the challenger because the incumbent U.S. Senator supports a handgun ban”, or for the American Civil Liberties Union (ACLU) to create a website “telling the public to vote for a Presidential candidate in light of that candidate’s defense of free speech” would all be considered a “felony”.

In its ruling, the Supreme Court overruled the judgment of United States Senator, et al. v. Federal Election Commission et al., which “upheld limits on electioneering communications in a facial challenge, relying on the holding in Austin v. Michigan Chamber of Commerce … that political speech may be banned based on the speaker’s corporate identity.” As a result, “restrictions on such expenditures are invalid”.

In explaining this decision, the Court stated, “Although the First Amendment provides that ‘Congress shall make no law … abridging the freedom of speech,’” the campaign reform legislation’s “prohibition on corporate independent expenditures is an outright ban on speech, backed by criminal sanctions.”

“Speech is an essential mechanism of democracy,” the Court observed, “for it is the means to hold officials accountable to the people.”

The Court also “recognized that the First Amendment applies to corporations”, a judgment that many people disagree with on the grounds that a corporation as a “legal person” should not be entitled the full rights of an individual. But the Court in its judgment did not argue otherwise.

To rule otherwise, “the Government could prohibit a corporation from expressing political views in media beyond those presented here, such as by printing books.” Although “the FEC has never applied this statute to a book”, the Court found that the “troubling assertion of brooding governmental power cannot be reconciled with the confidence and stability in civic discourse that the First Amendment must secure.”

The rationale that would deny First Amendment rights to corporations “would produce the dangerous, and unacceptable, consequence that Congress could ban political speech of media corporations.” Citing a previous opinion, the Court observed that “The chilling endpoint” of such reasoning “is not difficult to foresee: outright regulation of the press.”

The Court found that “When Government seeks to use its full power, including criminal law, to command where a person may get his or her information or what distrusted source he or she may not hear, it uses censorship to control thought. This is unlawful. The First Amendment confirms the freedom to think for ourselves.”

To allay other unwarranted fears, the Court also noted that “The appearance of influence or access, furthermore, will not cause the electorate to lose faith in our democracy. By definition, an independent expenditure is political speech presented to the electorate that is not coordinated with a candidate.” In other words, this ruling does not mean corporations can join or back a candidate’s political campaign. Laws prohibiting such behavior remain in effect.

The Supreme Court’s overruling of the Austin case “effectively invalidate(s)” the “prohibition on the use of corporate treasury funds for express advocacy.” One may argue that allowing corporate advocacy is a danger to democracy. The Supreme Court finds the opposite, that denying First Amendment rights on the basis that the speaker is a corporation, is the real threat to liberty.

The rationales they offer to support their opinion, when one takes the time to actually examine them, are difficult to argue with.