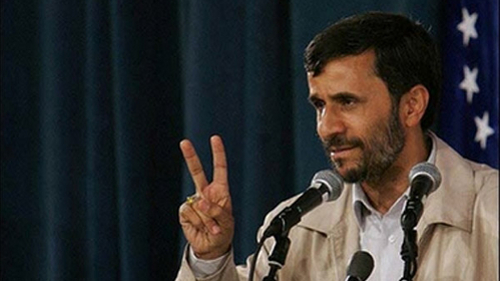 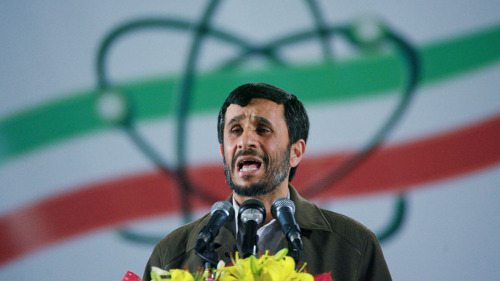 In a New York Times op-ed this week that advocates bombing Iran, the author, Alan J. Kuperman, director of the Nuclear Proliferation Prevention Program at the University of Texas at Austin, begins by suggesting that President Barack Obama should “sigh in relief that Iran has rejected his nuclear deal”.

In fact, Iran has said it is still open to discussion with the U.S. about its nuclear program, but that if meaningful dialogue is to continue, the threats of sanctions and military aggression must first cease.

The U.S., however, continues to threaten yet further sanctions, while also insisting that the threat of force must remain “on the table” — a threat of aggression that itself violates the U.N. Charter, which forbids member nations from threatening the use of force as a tool for leverage in international relations.

Kuperman’s reason for why Obama should be happy is that the deal, under which Iran would export uranium to Russia, which would enrich it to 20 percent (not the 90 percent required for weapons-grade uranium) and return it as fuel rods for use in Tehran’s research reactor, “was ill conceived from the start” since Iran would “thus be rewarded with much-coveted reactor fuel despite violating international law.”

His reference is to U.N. Security Council resolutions demanding that Iran halt its uranium enrichment activities. The problem with these resolutions, as Iran is not hesitant to point out, is that they themselves directly violate the nuclear non-proliferation treaty (NPT), which clearly states that parties to the treaty have an “inalienable” right to enrich uranium for peaceful purposes, and that the international community may take no action prejudicial towards that right.

The U.N. resolutions, needless to say, prejudice that “inalienable” right, particularly given the fact that there is no credible evidence that Iran has a nuclear weapons program – as both the U.S. intelligence community and the International Atomic Energy Agency (IAEA) have pointed out.

In other words, under U.S. influence, the Security Council in this case has acted as a rogue body itself in violation of relevant treaties constituting international law and the very Charter under which it ostensibly operates.

Iran, on the other hand, remains in compliance with the terms of the NPT and is meeting its obligations in allowing the IAEA to monitor and inspect its nuclear program, despite much talk to the contrary.

Take the most recent example, the charge that Iran’s uranium enrichment facility near Qom, still under construction, was a violation of its obligation to declare any such facility prior to the beginning of construction. We’re told that Iran agreed to an updated version of its safeguards agreement with the IAEA containing a clause specifying that obligation.

What we’re not told is that at that time, Iran had agreed to implement the terms of the Additional Protocol and revised safeguards agreement on a strictly voluntary basis. The voluntary nature of Iran’s implementation of these measures was explicitly, and in writing (see the so-called Paris Agreement), recognized by the IAEA. Iran was under no legal obligation to do so and had done so simply as a “confidence-building measure”.

In return, Iran got nothing but further threats of sanctions and bombing. So it ended its voluntary observance of measures above and beyond that which was legally required of it.

The fact is that Iran has never ratified the revised safeguards agreement, as would be required for the revisions to be legally binding upon Iran. Under the safeguards agreement Iran has formally and legally obligated itself to, it need only declare such facilities six months prior to the introduction of nuclear material (i.e., introduction of uranium into enrichment centrifuges), which is exactly what Iran did in declaring the site several months ago.

In response to meeting its obligations under its safeguards agreement, the West responded by declaring that the “secret” site (an adjective irreconcilable with the fact Iran voluntarily declared it to the IAEA, but obligatorily used in the media anyways) was evidence of Iran’s intentions to manufacture nuclear weapons.

Summarily dismissed was Iran’s quite credible explanation for the site it voluntarily disclosed, which was that it was attempting to diversify its uranium enrichment capabilities under the threat of certain countries to bomb their nuclear facilities.

The demonization and punishment of Iran for its compliance with its obligations under international law is not entirely unlike the charges against Iraq that it was in violation of U.N. Security Council resolutions demanding it disarm because it had not disarmed, when in fact it had disarmed, and when in fact there was no credible evidence that it still possessed stockpiles or was still in production of weapons of mass destruction (WMD).

The IAEA, for its part, has continuously and consistently reported that it has verified Iran has diverted no nuclear materials towards a weapons program. Former Director General of the IAEA Mohammed ElBaradei, whose term ended just last month, has repeatedly said that there is no evidence Iran has a nuclear weapons program. His successor, Yukiya Amano, has made the same observation.

Then, of course, there is the 2007 National Intelligence Estimate (NIE) from the U.S. intelligence community that stated Iran today has no nuclear weapons program, which according to Newsweek, is an assessment analysts still stand by. The NIE did claim that Iran once had such a program in the past, but that it ended it in 2003. The IAEA, on the other hand, recently issued a statement saying there is no evidence Iran ever had a weapons program.

Kuperman continues by suggesting that the goal of the international community should be to “compel” Iran “to halt its enrichment program”, which, he claims, the proposal to send its uranium abroad would not have done. It’s worth noting the fact that this is an explicit rejection of the NPT.

He adds, “In addition, the vast surplus of higher-enriched fuel Iran was to get under the deal would have permitted some to be diverted to its bomb program”, claiming that taking uranium from the fuel rods for further enrichment to weapons-grade “is a straightforward engineering task requiring at most a few weeks.”

The truth of the latter assertion aside, which is contrary to most reports on the subject and contrary to the whole supposed point of the deal, what’s notable here is the assumption that Iran has a “bomb program”, despite, as was the case with Iraq, the total lack of credible evidence to support the claim.

It’s enough in the mainstream corporate media simply to take Iran’s “bomb program” as a matter of faith. Evidence is simply not required, and it’s considered perfectly acceptable by the editors of the New York Times and other mainstream sources to print assumptions expressed as statements of fact.

Again, for those who don’t suffer from selective amnesia and aren’t prone to intentional ignorance, the kind of reporting we saw from the Times, et al, prior to the invasion of Iraq might perhaps serve as a lesson about the nature of the role U.S. corporate media play in “manufacturing consent” from the American public for U.S. foreign policies.