UK Court Orders Release Of Torture Evidence In The Case Of Shaker Aamer, The Last British Resident In Guantánamo 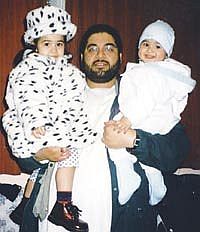 Reprieve, the legal action charity whose lawyers represent dozens of prisoners still held at Guantánamo, won a court victory last Tuesday, in the case of the British resident Shaker Aamer, which appears to draw on the organization’s success in securing a judicial review in the case of another of their clients, Binyam Mohamed. Initiated in May 2008, this led, eventually, to a fast-track review of Mohamed’s case by the Obama administration, and his return to the UK in February this year.

The key to the pressure exerted by Reprieve is torture, and, specifically, what the British government knew about the torture of both men while in US custody. Mohamed’s case is well-known, as he was rendered to Morocco by the CIA in July 2002, three months after his capture in Pakistan, where he was reportedly subjected to torture for 18 months.

The British government’s knowledge of, or complicity in Mohamed’s torture in Morocco has been inferred by Mohamed’s lawyers from his long-standing claims that his Moroccan interrogators asked him questions about his life in London that could only have been provided by the British intelligence services, and also because of claims, which surfaced in May this year but have largely been ignored to date, that a British informer and a British agent actually visited him while he was in Moroccan custody.

These claims, however, are not at the heart of Mohamed’s torture story as it relates to the British government. Instead, the High Court judges in his case — Lord Justice Thomas and Mr. Justice Lloyd Jones — focused on 42 documents in the possession of the British government, which, apparently, explain what, in May 2002, the CIA told their British counterparts about how they had treated Mohamed while he was being held in Pakistani custody, shortly before a British agent flew out to interrogate him.

For 16 months, the British government has refused to allow the judges to release a seven paragraph, 25-line summary of these documents, written by the judges themselves, on the basis that revealing the information would threaten the intelligence-sharing arrangement between the US and the UK.

The government’s claims about this “threat” to the intelligence-sharing relationship have been maintained despite the judges’ insistence (in a recent ruling comparing Mohamed’s treatment with that of Abu Zubaydah, the CIA’s most notorious torture victim) that the description of the treatment of Mohamed in Pakistan, which is contained in their summary, “could never properly be described as ‘a secret’ or an ‘intelligence secret’ or ‘a summary of classified intelligence.’”

The government’s claims have also been maintained despite the judges’ assertion that “the issue is one of considerable importance in the context of open justice,” and despite the fact that, in the opinion of the Special Advocates (lawyers assigned to represent Mohamed in the closed sessions of the judicial review, which included most of the cross-examination of the British agent who had interviewed him in Pakistan), the government’s Public Interest Immunity Certificate (the document urging non-disclosure) “failed to address, in the light of allegations made by BM [Mohamed], the abhorrence and condemnation accorded to torture and cruel, inhuman or degrading treatment.”

In the case of Shaker Aamer, the allegations of torture do not involve “extraordinary rendition” and Moroccan dungeons, but they do involve the alleged complicity of the British intelligence services, and they also involve the same attempts by the British government to claim that disclosure of any documents relating to British knowledge of Aamer’s treatment in US custody, while British agents were present, would threaten the intelligence-sharing relationship between the two countries.

Married to a British citizen, and with four children (the youngest of whom he has never seen), Shaker Aamer, who was born in Saudi Arabia, had traveled to Afghanistan in the summer of 2001, with his family, and with his friend Moazzam Begg and his family, to establish a girls’ school and to oversee a number of well-digging projects, as Begg explained in the new documentary film, “Outside the Law: Stories from Guantánamo” (directed by Polly Nash and myself, and featured in a recent Truthout video), which focuses on Aamer’s story, as well as those of Binyam Mohamed and another released prisoner, Omar Deghayes.

Seized in the chaos following the US-led invasion by Afghan forces, who sold him to the US military, Shaker Aamer ended up at Guantánamo, where his eloquence, his mastery of English, his natural leadership abilities, and his outspoken opposition to the conditions in which the prisoners were held as “enemy combatants” without rights marked him out, in the eyes of the authorities, as a leader of al-Qaeda. As I explained in an article earlier this year:

In 2004-05, after a Supreme Court ruling had granted the prisoners the right to file habeas corpus petitions asking why they were being held, he helped a number of prisoners with their petitions by designating himself as their “next friend,” which authorized him to file suits on their behalf. In an affidavit filed in a court in Washington D.C., he wrote, “I am their close friend as a result of being placed with them in Guantánamo. And I know they want me to act on their behalf as their next friend.”

In August 2005, he was briefly part of a six-man Prisoners’ Council that was allowed — over the course of a few weeks — to meet to discuss how to end a hunger strike that involved around 200 prisoners, but when the Council was brought to an abrupt end by the authorities, apparently because Shaker in particular had been agitating for their right to have a fair trial or to be released, they were so worried about what they regarded as the influence that he wielded over the other prisoners that they moved him to Camp Echo, a state-of-the-art isolation block … where he was held in solitary confinement for at least 18 months until he was moved to Camp 3 — for prisoners regarded as having significant intelligence value, or, like Shaker, significant leadership qualities — where he is still held.

Throughout this time, Shaker Aamer also became one of Guantánamo’s most persistent hunger strikers, but despite the fact that the authorities regarded him as a threat because of his influence in the prison, they have never managed to find any evidence whatsoever to back up their claims that he was involved, in any way, with al-Qaeda, and he was, in fact, cleared for release from Guantánamo in 2007 by a military review board.

Quite what has happened in the years since is unclear. The US authorities have, on occasion, put out propaganda attempting to justify his ongoing detention, despite having cleared him for release, and although the British government requested his return in August 2007, he remains in Guantánamo to this day.

As a result, the lawsuit filed by his lawyers in the UK was a smart move, as it shifts the focus of his case from the Byzantine maneuvering of the Pentagon and the secretive negotiations of diplomats (who may or not be doing anything worthwhile) into the courts that did so much for Binyam Mohamed in circumstances which, although in many ways dissimilar, nevertheless share certain key characteristics.