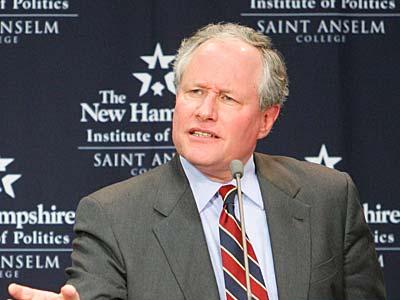 “One reason neocons have been able to sow so much mischief is that they feed into deeply embedded American beliefs about democratism and ‘chosenness.’” – Paul Gottfried

Americans feeling let down by Barack Obama’s escalation of the war in Afghanistan should take careful note of those who welcomed yet another “surge.” It might help them to identify the source of their seemingly endless wars. 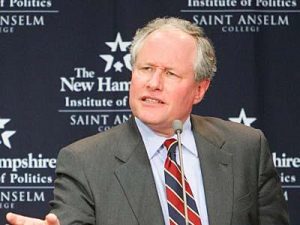 For instance, in a recent Washington Post opinion piece, William Kristol described Obama’s West Point speech as “encouraging.” It was “a good thing,” he said, that Obama was finally speaking as “a war president.”

But if the comments on the Post website are anything to go by, few ordinary Americans take Kristol’s armchair warmongering seriously anymore. After all, as one poster quizzically asked, “A column by William Kristol the neocon that was wrong about everything from 2000-2008?”

Although Kristol, like the rest of the neocons, “erred” about Iraq’s WMDs and Saddam’s links to Al Qaeda and 9/11, it would be a fatal error indeed to dismiss him as a fool.

In order to understand what motivates Bill Kristol’s professed hyper-patriotism, with its consistently disastrous prescriptions, it’s worth recalling how his father, Irving Kristol, reacted to Vietnam War critic Senator George McGovern. The presidential contender’s proposed cut in U.S. military expenditure would, according to the “godfather” of neoconservatism, “drive a knife in the heart of Israel.”

“Jews don’t like big military budgets,” the elder Kristol explained in a Jewish publication in 1973. “But it is now an interest of the Jews to have a large and powerful military establishment in the United States … American Jews who care about the survival of the state of Israel have to say, no, we don’t want to cut the military budget, it is important to keep that military budget big, so that we can defend Israel.”

Following his father’s advice, William Kristol has been a fervent supporter of massive U.S. military spending. In 1996, he co-authored with Robert Kagan an influential neocon manifesto titled “Toward a Neo-Reaganite Foreign Policy.” It recommended that “America should pursue a vision of benevolent hegemony as bold as Reagan’s in the 1970s and wield its authority unabashedly.

“The defense budget should be increased dramatically, citizens should be educated to appreciate the military’s vital work abroad, and moral clarity should direct a foreign policy that puts the heat on dictators and authoritarian regimes.”

In response, another influential opinion-maker, Charles Krauthammer, hailed Kristol and Kagan as “the main proponents of what you might call the American greatness school.” It is hardly a coincidence, however, that all three advocates of “American greatness” care passionately about what Irving Kristol euphemistically referred to as “the survival of the state of Israel.” Or that many of those “dictators and authoritarian regimes” just happened to stand in the way of Israeli hegemony in the Middle East.

The following year, Kristol and Kagan co-founded the Project for a New American Century (PNAC), a pressure group which sought to advance their “neo-Reaganite” vision. In the late 1990s, they did this mainly by writing letters to Bill Clinton, urging him to oust Saddam Hussein.

In September 2000, PNAC published “Rebuilding America’s Defenses,” in which they famously acknowledged that “the process of transformation … is likely to be a long one, absent some catastrophic and catalyzing event – like a new Pearl Harbor.”

One year later, they got their wished for “new Pearl Harbor” on September 11. The mass murder of almost 3,000 Americans was, as Benjamin Netanyahu indelicately put it, “very good” for Israel.

Immediately, Kristol’s Weekly Standard began linking Iraq to the attacks. Writing in The American Conservative, Scott McConnell explained the strategy: “Their rhetoric – which laid down a line from which the magazine would not waver over the next 18 months – was to link Saddam Hussein and Osama bin Laden in virtually every paragraph, to join them at the hip in the minds of readers.”

The “Saddam must go” campaign, begun in a Kristol and Kagan editorial as far back as 1997, became so relentless that Washington Post columnist Richard Cohen dubbed it “Kristol’s War.”

The Iraq War has, of course, also been called “Wolfowitz’s War.” But it could just as aptly have been named after Perle, Feith, Libby, Zelikow, Lieberman, or any of the other pro-Israeli insiders who took America to war by way of deception.

In “Irving Kristol RIP,” Antiwar.com editor Justin Raimondo described Kristol’s legacy as “war, war, and yet more war, as far as the eye can see.”

Unless Americans soon realize that they’ve been deceived by those for whom “American greatness” is merely a means to advance “the survival of the state of Israel,” that legacy promises to be an enduring one.