A Trial That Will Convict Us All 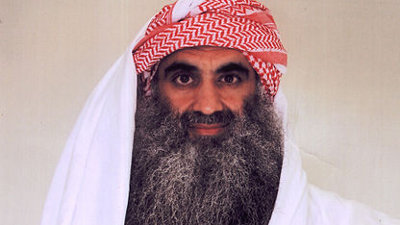 Republican members of Congress and what masquerades as a “conservative” media are outraged that the Obama administration intends to try in federal court Khalid Shaikh Mohammed, the alleged mastermind of 9/11, and four alleged co-conspirators.

The Republican and right-wing rant that a trial is too good for these people proves what I have written for a number of years: Republicans and many Americans who think of themselves as conservatives have no regard for the US Constitution or for civil liberties. They have no appreciation for the point made by Thomas Paine in his Dissertations on First Principles of Government (1790): “An avidity to punish is always dangerous to liberty. It leads men to stretch, to misinterpret, and to misapply even the best of laws. He that would make his own liberty secure must guard even his enemy from oppression; for if he violates this duty he establishes a precedent that will reach to himself.”

Republicans and American conservatives regard civil liberties as coddling devices for criminals and terrorists. They assume that police and prosecutors are morally pure and, in addition, never make mistakes. An accused person is guilty or government wouldn’t have accused him. All of my life I have heard self-described conservatives disparage lawyers who defend criminals. Such “conservatives” live in an ideal, not real, world. They desperately need to read The Tyranny of Good Intentions.

Even some of those, such as Stuart Taylor in the National Journal, who defend giving Mohammed a court trial do so on the grounds that there are no risks as Mohammed is certain to be convicted and that “a civilian trial will show Americans and the rest of the world that our government is sure it can prove the 9/11 defendants guilty in the fairest of all courts.”

Taylor agrees that Mohammed deserves “summary execution,” but that it is a good Machiavellian ploy to try Mohammed in civilian court, while dealing with cases that have “trickier evidentiary problems” in “more flexible military commissions, away from the brightest spotlights.”

In other words, Stuart Taylor and the National Journal endorse Mohammed’s trial as a show trial that will prove both America’s honorable respect for fair trials and Muslim guilt for 9/11.

If, as Taylor writes, “the government’s evidence is so strong,” why wasn’t Mohammed tried years ago? Why was he held for years and tortured–apparently water boarded 183 times–in violation of US law and the Geneva Conventions? How can the US government put a defendant on trial when its treatment of him violates US statutory law, international law, and every precept of the US legal code? Mohammed has been treated as if he were a captive of Hitler’s Gestapo or Stalin’s KGB. And now we are going to finish him off in a show trial.

If the barbaric treatment Mohammed has received during his captivity hasn’t driven him insane, how do we know he hasn’t decided to confess in order to obtain for himself for evermore the glory of the deed? How many people can claim to have outwitted the CIA, the National Security Agency and all 16 US intelligence agencies, NORAD, the Pentagon, the National Security Council, airport security (four times on one morning), US air traffic control, the US Air Force, the military Joint Chiefs of Staff, all the neocons, Mossad, and even the formidable Dick Cheney?

Considering that some Muslims will blow themselves up in order to take out a handful of Israelis or US and NATO occupation troops, the payoff that Mohammed will get out of a guilty verdict is enormous. Are we really sure we want to create a Muslim Superhero of such stature?

Originally, according to the US government, Osama bin Laden was the mastermind of 9/11. To get bin Laden is the excuse given for the US invasion of Afghanistan, which set up the invasion of Iraq. But after eight years of total failure to catch Osama bin Laden, it became absolutely necessary to convict some culprit, because the 9/11 Truth Movement is becoming too strong.

If Mohammed is really the mastermind who defeated the best that America has to offer, including the thousands of intelligence agents and strategic thinkers with the responsibility of protecting our country, Mohammed is a first class genius. What a waste to execute him! Shouldn’t we first try to turn him? If we had a guy like Mohammed on our side running Homeland Security, we would forever be safe. Allegedly, Arabs are corrupt and easily bribed. If we can pay the rulers of Egypt, Jordan, and Pakistan to operate in our interest against their own kind, how do we know we can’t sign up Mohammed? I can see this guy as a highly paid consultant to Homeland Security. In addition to money, we could make some other concessions, such as ceasing to persecute Muslim charities and the innocent people who contribute to them. Using Stuart Taylor’s reasoning, this would be a good “pragmatic” move.

Unfortunately, there will be no such sensible outcome. David Feige has told us what the outcome will be (Slate, Nov. 19). The prosecution doesn’t need any evidence, because no judge and no jury is going to let the demonized “mastermind of 9/11” off. No judge or juror wants to be forever damned by the brainwashed American public or assassinated by right-wing crazies. Keep in mind that the kid, John Walker Lindh, termed “the American Taliban” by an ignorant and propagandistic US media, was guilty of nothing except being in the wrong place at the wrong time. Despite the complete trampling of his every right, he got 20 years on a coerced plea bargain.

The price that Mohammed will pay will be small compared to the price we Americans will pay. The outcome of Mohammed’s trial will complete the transformation of the US legal system from a shield of the people into a weapon in the hands of the state. Feige writes that Mohammed’s statements obtained by torture will not be suppressed, that witnesses against him will not be produced (“national security”), that documents that compromise the prosecution will be redacted.

At each stage of Mohammed’s appeals process, higher courts will enshrine into legal precedents the denial of the Constitutional right to a speedy trial, thus enshrining indefinite detention, the denial of the right against damning pretrial publicity, thus allowing demonization prior to trial, and the denial of the right to have witnesses and documents produced, thus eviscerating a defendant’s rights to exculpatory evidence and to confront adverse witnesses. The twisted logic necessary to disentangle Mohammed’s torture from his confession will also be upheld and will “provide a blueprint for the government, giving them the prize they’ve been after all this time–a legal way both to torture and to prosecute.”

It took Hitler a while to corrupt the German courts. Hitler first had to create new courts, like President George W. Bush’s military tribunals, that did not require evidence, using in place of evidence hearsay, secret charges, and self-incrimination obtained by torture.

Every American should be concerned that the Obama administration has decided to use Mohammed’s trial to complete the corruption of the American court system. When Mohammed’s trial is over, an American Joe Stalin or Adolf Hitler will be able to convict America’s Founding Fathers on charges of treason and terrorism. No one will be safe.