Af-Pak: Opportunity for a Regional Initiative 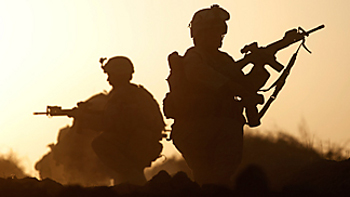 President Obama has acknowledged that he is in the midst of a decision making exercise brought on by the McChrystal report, saying, ‘”I will never rush the solemn decision of sending you [troops] into harm’s way.” The pause owes to General McChrystal’s position in his report that, “Failure to gain the initiative and reverse insurgent momentum in the near-term [next 12 months] — while Afghan security capacity matures — risks an outcome where defeating the insurgency is no longer possible.” The strategy appears to be for militarily gaining a position of strength from which to engage the ‘moderate’ Taliban. Another ‘surge’ and ‘getting the basics right’ has uncertain prospects. As an innovative alternative, this article suggests a regional initiative by India and Pakistan. 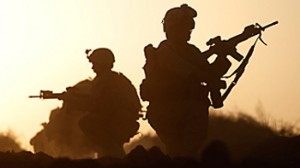 At present admittedly there appears to be little hope of such an initiative. The Indian foreign minister has said that India wants the Taliban ‘eliminated’. The Pakistani interior minister has volleyed back saying India is clandestinely supporting the Taliban. The contest between the two powers finds mention in the McChrystal report as ‘likely to exacerbate regional tensions and encourage Pakistani counter measures in Afghanistan and India.’ Thus, even while the two are actively partnering the US, together their antipathy is contributing to the problem. Is there a case for a regional initiative in such a circumstance?

An idea of Pakistani origin exists as a start point. It involves a negotiated return of the Afghan Taliban to a share of power in Kabul, in return for its moderation and promise of cutting off relations with the Al Qaeda. Since this appears to entail expansion in Pakistan’s political sway in Kabul through its proxy, the Taliban, the idea requires Indian ballast in case it is to be operationalized. India may be willing to allow Pakistan greater political space, as also let up the pressure Pakistan says India is mounting through Baluchistan, in case Pakistan were to be responsive to its concerns regarding proxy war in Kashmir and in acting against the terror suspects of Mumbai 26/11.

Would the Taliban bite? This appears possible if the exit strategy of the West is also on the negotiating table.  The exit would be subject to ‘good behavior’ of the Taliban, such as its accommodation of the forces that opposed it over the “Global War on Terrorism” (GWOT). The US would not be averse to this since it is looking for a face-saving way out, one that maintains its anti-Al Qaeda goals. The Taliban can be suitably incentivized by prospects of US assistance in reconstruction of their state. Knowing that it cannot return to power otherwise and instead may face a grimmer future in case of military action entailed by the ‘surge’, it could avert the possibility by taking up the offer were it to be approached perhaps through Pakistani and Saudi mediators.

The regional ‘solution’ would require blue helmets from the regional organization, the SAARC (of which Afghanistan is a member) substituting for the ISAF over its progressive drawdown and eventual departure. South Asian states are the most prominent UN peacekeeping contributing countries. The immense military power of India and Pakistan could be jointly employed to train Afghan security forces. The problem of drugs has a simple solution in opening up of traditional trading routes through Pakistan for Afghan goods to access India markets.

Clearly, this is all presently wishful, being predicated on non-existent goodwill between the two protagonist states. Their rivalry is playing out as a complicating proxy war in Afghanistan. Why would they cooperate?

As the Pakistani military operation in South Waziristan reaches culmination point, the counter to it played out elsewhere in Pakistan.  In the high profile assaults by the Pakistani Taliban is the message of potential instability of the Pakistani state. It has walked the tightrope under Musharraf and taken on the Taliban in Swat earlier and Waziristan now. But it has reached the limit of its willingness and capacity to roll back the Pakistani Taliban-Al Qaeda combine. Doing so further would destabilize its already weak polity and economy. The attitude of the Pukhtun element that comprises 28 percent of its Army has so far been loyal and disciplined. Nevertheless, the cohesion of the nuclear armed Army cannot be chanced. This could happen in case of further military action. Military action under a surge to the north as desired by the Petraeus-McChrystal duo may result in additional pressure on Pakistan in turn to ‘do more’. This would have unpredictable consequences for Pakistan, reeling as it under anti-Americanism. It is not in Indian interests to have Pakistan succumb to civil war. Such an internal rupture could make Algeria and Iraq pale in comparison, given the wider disparities, larger numbers, bigger area and greater fighting potential of the Pakistani Taliban. Therefore, both states have an interest in averting a military ‘solution’ to the problem.

Pakistan has been sensitized by the blowback it is experiencing that the problem is one of its own creation. In order to channel its energies into nation building it would require focusing away from the regional power game with India. As part of the deal, it would be retaining a certain say in Kabul. This is seen as vital to it from point of view of contending with the unresolved issue of Durand Line as border. Therefore, it has much to gain from India letting up the pressure. India, for its part can extract Pakistani compliance with its long standing demands on anti-India terrorism. Even as Pakistan gains politically, India can retain space for its soft power in Afghanistan. The cooperation of both armies – favorably commented on as exemplary on UN missions elsewhere – under UN-SAARC aegis in Afghanistan, has potential to change the South Asian strategic paradigm.

The absence of imaginative solutions has led to Obama’s predicament, described by detractors as former Vice President Cheney as ‘dithering’. The Nobel laureate needs a helping hand. Would the two strategic partners of the US in the region oblige please?