Justice This Time Around: Will Goldstone’s Report Deliver? 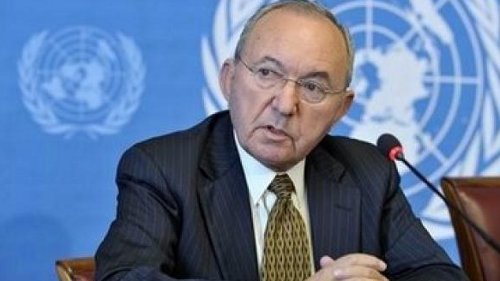 “We may be witnessing the beginning of the end of the era of impunity,” Nadia Hijab, a senior fellow at the Washington-based Institute for Palestine Studies, was quoted by IPS in response to the findings of a 574-page report by a four-member United Nations Fact finding mission. The mission, led by internationally-renowned former South African supreme court justice and chief prosecutor in the international tribunals for Rwanda and Yugoslavia, investigated alleged war crimes committed by Israeli troops in Gaza in a 23-day bloody, unprecedented onslaught against a largely defenseless population. 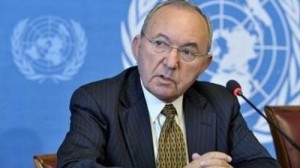 But Hijab was not the only one who expressed optimism. Others did, encouraged, perhaps, by the report’s use of terminology unfamiliar in a conflict where empirical experience has shown that Israeli actions, no matter how outrageously violent, will have no meaningful legal repercussions whatsoever.

Goldstone’s report, released on September 15, made some important recommendations, following a most thorough investigation that was carefully compiled by the mission – which was organized by the UN Human Rights Council last April.

One is that the UN Security Council should set up a team of experts to monitor Israel’s investigations of the war crimes committed in Gaza. If Israel fails to do so, then the situation should be referred to the Prosecutor in the International Criminal Court (ICC).

This raises many questions, chief amongst them this: did Israel commit war crimes in Gaza, and, second, is Israel capable of conducting an honest investigation into those crimes, considering the state’s bloody legacy and lack of any serious legal accountability.

“The mission concluded that actions amounting to war crimes, and possibly in some respects crimes against humanity, were committed by the Israel Defense Force,” Goldstone told reporters on September 16. He also said that the Israeli government has carried out no credible investigation.

Despite his recommendations that UN experts follow the progress of the internal investigation by Israel, and the Palestinians (since they too were accused of violating international law by lobbing home-made rockets into Israel, without taking into account the possible harm to civilians) it’s puzzling why Goldstone would think that any genuine investigation is possible in the first place.

Goldstone knows, as many of us already do, that the events in Gaza, which resulted in the deaths of 1,387 (other estimates put the number at 1,417, mostly civilians, including over 300 children), the wounding of thousands more, the targeting of an already dilapidating infrastructure (hospitals, police stations, factories, schools, and even chicken farms) of a deprived and besieged society was very much a political decision made at the highest levels by the likes of Olmert, Livni, Barak and other serial criminals who have tormented Palestinians for too long.

Palestinians were also chastised for rockets fired from besieged Gaza. Of course, Goldstone was not expected to justify or applaud the homemade rockets, or even underline their lack of effectiveness, as four Israelis were killed by rocket fire during the period of the war. Out of the nine Israeli soldiers killed in the fighting, four were killed in friendly fire.

While both Hamas and the PA fully cooperated with Goldstone and his colleagues, Israel fully rejected the mission, refusing entry into Israel or Gaza, forcing the use of alternative routes into the besieged strip, through Egypt.

Israeli officials claim that the report was pre-written, rendering it biased from the start. They used the same predictable pattern of smears, redundant diatribes and predictable language.

Israel’s Foreign Ministry spokesman said the report created unjust “equivalence of a democratic state with a terror organization,” in reference to Hamas.

Following the good old democracy reference, racism kicks in. “We have nothing to be ashamed of, and don’t need lessons in morality from a committee established by Syria, Pakistan, Bangladesh, Malaysia and Somalia,” Levy said. Apparently dark-skinned people of the South are both incapable of being democratic or moral. Only Israel and her allies are capable of those qualities.

“The Goldstone report has set a new standard for equating the behavior of democratic nations and terrorists,” wrote Richard Sideman, President of the New York-based American Jewish Committee in a letter published in the New York Times on September 18.

The same disingenuous sentiment utilized by Levy and Sideman (how curious that both seemed to be using the same script) echoed by many Israeli officials and their lobbyists abroad, who went into crisis management mode following the release of the report.

But why should they care?

Could it be because Goldstone called on the 192-member General Assembly to establish an escrow fund so that Israel can compensate Palestinians in Gaza? Israel would never spend its hard-earned US tax payers’ money on such frivolous matters.

Could it be because the Human Rights Council is convening on September 29 in Geneva to discuss the report, and could call for its transfer to the Security Council, and even the ICC?

Could it be because the report’s findings might empower an already growing boycott movement world-wide?

Could it be because it’s much harder to doubt the credibility of Goldstone, to smear him as anti-Semite or a self-hating Jew?

Could it be because all these factors are escalating Israeli fears that the “era of impunity” is indeed over?

“Perhaps next time we set out to wage another vain and miserable war, we will take into account not only the number of fatalities we are likely to sustain, but also the heavy political damage such wars cause,” wrote Israeli columnist Gideon Levy.

One would have to wait for the next miserable war, the next massacre to find out whether Israel has learned its lesson. Until then, thousands of starved, desperate yet resilient Palestinians in Gaza continue to live in their makeshift tents, atop the rubble, which was once called home, awaiting food, cement and international justice.