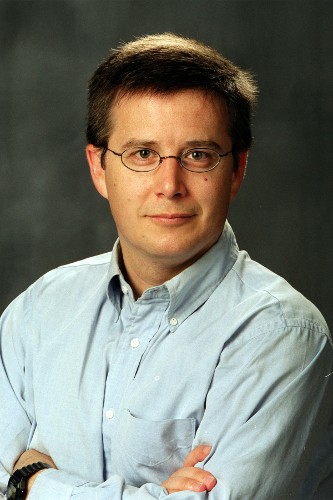 A Harvard University graduate, a current Alexander F. Hehmeyer Professor of Political Science and Public Policy at Duke University, and the director of Triangle Institute for Security Studies (TISS), Peter D. Feaver is perhaps best known for his mission under President Bush as the special advisor for strategic planning and institutional reform on the National Security Council from 2005 to 2007.

The author of “Guarding the Guardians: Civilian Control of Nuclear Weapons in the United States” (Cornell University Press), he is an international relations expert and has long commented on issues pertaining to the Middle East and Iran.

In his recent commentary for Foreign Policy on recent post-election unrest in Iran and the inevitable intertwinement of Iran’s turmoil with the disputed proposal of direct negotiations between Tehran and Washington, Feaver writes: “We want to create and deepen fissures within the Tehran regime — check that, we need those fissures — because that is the only plausible way that a diplomatic deal on the nuclear file could be struck.”

Feaver is one of those American pundits who explicitly favor the imposition of hard-hitting sanctions against Iran so as to persuade Tehran to halt its “nuclear ambitions”. He adds in his Foreign Policy article: “Financial sanctions that activates business pressure on the regime and thereby deepens fissures within the political elite seemed to be our best shot at fissure-exacerbation.”

In Prof. Feaver’s view, the best diplomatic solution on Iran’s nuclear standoff is to endow Tehran with “fig-leafs”; giving Iran some rhetorical concessions by admitting its “right” to develop nuclear energy emblematically and pressuring it to suspend its nuclear program for “some long period of time” concurrently.

In an interview with Foreign Policy Journal, Peter D. Feaver discusses these and other issues.

Kourosh Ziabari: Over the past thirty years, Iran and the U.S. have been embroiled in an unending conflict. Both sides accuse each other of plotting against their interests and threatening their security. Do you believe that the U.S. government has deliberately imposed pressures on Iran to dismantle the Islamic government and bring to power the governmental system it prefers?

Ziabari: So is it realistic to believe that Iran’s nuclear program is ideologically a new battleground for the Iran-U.S. confrontation to persist and continue? Why, if the U.S. is concerned about the proliferation of nuclear weapons, doesn’t it take any actions to disarm its Middle Eastern allies and empty their arsenals? Isn’t it then right for Iran and the other non-aligned states around the world to cite this as the exercise of double standards by the U.S. government?

Feaver: The United States views the Iranian pursuit of a nuclear weapon to be substantially more destabilizing than the Israeli nuclear posture.  President Obama has indicated that he would like to reinvigorate U.S. efforts at moving towards what is called the “global zero” option on nuclear weapons. However, until we reach that point, he has also indicated that the United States needs to preserve its nuclear option. I interpret that as meaning to say that if we ever do reach global zero, the United States would have to be the very last country to give up nuclear weapons. I suspect that the Obama team also thinks that Israel would likely have to be the second to last country to give up nuclear weapons.

Ziabari: Is there some special ideology behind that which the public isn’t aware of? Why is there such a belief that Israel should be the second from last? Isn’t it because of Israel’s wide influence on the policy-making process in the U.S. corporate system?

Feaver: Most Americans, including, I believe, most of the key figures in the Obama Administration, understand that Israel faces acute security challenges. It confronts a persistent terrorist threat from well-armed groups that have powerful and rich state sponsors. It is surrounded by states that, with few exceptions, have refused repeated peace overtures and refused to establish normal relations. And some of the regimes of powerful states in the region have pledged themselves to the elimination of Israel. Consider, for example, Ahmadinejad’s pledge to wipe Israel from the face of the map.  Given such a security environment crowded with existential threats, and given the terrible history of the Holocaust, it is not reasonable to expect Israel to give up something that it sees as a vital deterrent before it has seen dramatic changes in the behavior and attitude of its neighborhood.

Ziabari: So, because of the bilateral disputes, do you think that the U.S. government should continue funding opposition groups in Iran whose main objective is to change the current regime? Won’t it probably hinder the continuation of talks between Iran, EU and U.S.?

Feaver: The United States supports reformers throughout the world, including those who are working on behalf of the Iranian people to reform the Iranian political system. There can be a debate about tactics including the nature of that support, but there is no doubt that Americans support the Iranian people and understand their dissatisfaction with the current regime. The failure of the diplomatic track thus far is not due to U.S. support for reformers. It is due to the Iranian regime’s refusal to negotiate in good faith. As relations with the Soviet Union during the Cold War demonstrated, the United States has often conducted negotiations even with hostile regimes while continuing its support for reformers.

Ziabari: Do you believe in the effectiveness of reconciliation between Iran and U.S.? How should a new set of negotiations between the two countries take place? President Obama has put aside the preconditions that the Bush administration had proclaimed as essential for the commencement of dialogue with Iran; conversely, Iran has put forth a set of agendas for the talks, such as the cessation of sanctions and support for Israel by the White House. The second agenda sounds idealistic and impractical; what about the sanctions? Will U.S. ease the tough sanctions against Iran in near future?

Feaver: The U.S. is interested in negotiations as a means toward the end of peacefully dismantling the Iranian nuclear program. The current Iranian regime has repeatedly signaled that it is unwilling to negotiate about the nuclear program. The United States believes it needs tough sanctions as leverage on the Iranian regime; without such leverage, why would Iran negotiate in good faith. Iran believes that it should negotiate only when there are no such sanctions or leverage in place.