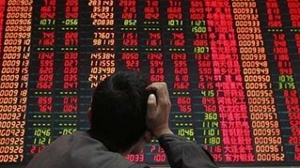 Henry Kissinger’s initiative of visiting Beijing, thanks to Pakistan’s role in opening doors, ended China’s alienation and marked the beginning of a Washington-Beijing relationship that blossomed into an extremely close bilateral, mutually beneficial economic partnership.

The interdependence of the two countries in this age of hyper globalization is in complete contrast to their adversarial policies of the cold war era.

China now enjoys the MFN status with America, is the biggest exporter of consumer goods to that market , has amassed a trade surplus of over a trillion dollars, has a huge export driven economy and an industrial base that provides employment to its people and raises their per capita income, has achieved world’s highest growth rate and is rapidly achieving a qualitative edge in the manufacturing sector.

The US has come to heavily lean on China to overcome its liquidity crunch. Because its appetite for Chinese consumer goods fueled China’s growth, China bought US treasury bonds to increase liquidity and encourage more buying. Recently this enabled the US to foot its bills and take steps to help revive its economy, including the recent 800 billion-plus stimulus package. China’s treasury holdings today amount to nearly $1 trillion, which makes it the largest American creditor.

Out of this experience, China emerged an economic giant – the third biggest economy after the US and Japan, but one that showed greater resilience to global economic crisis than the other two. It continues to grow even under these adverse conditions without any props.

Yet the economic crisis has adversely impacted China, making it nervous. With its exports to the US declining considerably, China’s manufacturing sector was left in a lurch that forced the government to intervene and prevent labor unrest. Its economic managers felt greatly perturbed over the uncertain future of their investments, given catastrophic fluctuations. Known for caution and patience and averse to roller coaster trend of the US financial sector, they sit tight with their investments for now. But they continue to buy treasuries, though on a reduced scale, to keep the dollar strong and help revive the US economy, in order to keep their exports going.

The nightmare of dealing with the American inflation and deflation and the changing political realities have led China to take a deep look into the future pattern of its economic partnership with America.

Exports being the lifeblood of China’s financial engines, it is actively seeking to reduce its dependence on the US market by exploring neighboring markets. It has also shifted focus by making substantial investments in domestic infrastructure development for promoting employment, generating wealth and encouraging increased domestic consumption. These steps will also allow China greater independence from American decision making.

To protect its economic interests, China has recently proposed the gradual creation of an alternate international reserve currency. The idea may not sit well with the US but is gaining currency and cannot be ignored. It was also floated some time back by Iran and Venezuela for oil trading. China has already begun to deal with Brazil, Russia, India, South Korea, Malaysia, Indonesia, and Belorussia in their currencies and signed currency swap agreements to internationalize its currency Renminbi to reduce the risk of exchange between the dollar and Renminbi. But in doing so, China took care not to hurt the dollar to protect its own treasury holdings and future export interests.

Such shifts in trade patterns and quest for an alternate reserve currency will lead to the emergence of a different economic order. China’s expanding trade relations and political affiliations with its Central Asian neighbors and economic ties with developing countries are increasing its political clout.

Successful implemented the key concepts of “reform and opening up” and “economics as the central task” over the past 30 years through an internal policy of change and capacity building, enabled China to develop into a economic powerhouse. It continues to follow an external strategy that is actively shaping an international environment conducive to its political rise. Gradualism and patience remained the hallmark of these policies.

China is now in a position to play an active role in global economic decision making. It has expressed keenness to enhance its representation and role in international monetary institutions, but is uncomfortable with the US domination that will restrict it from making a meaningful contribution in economic stabilization – a role that will correspond with its real position in the world economy. It has shown interest to join the boards of IMF and World Bank, but expects them to be reformed.

China has also begun to embrace multilateral diplomacy, engaging not only big powers and neighbors but other developing countries and multilateral organizations. Given China’s ever increasing need of energy, minerals and other critical resources, it is courting the nations of Africa, Latin America, and the Middle East and extending monetary support to needy countries, edging out traditional creditors.

Conscious of the need to strengthen its military muscle, China has focused on inducting modern technology and upgrading existing weapon systems. Collaborating with and using Pakistan knowledge of Western military aviation technology, China developed an effective multi-role combat aircraft. And it is exposing its forces to multi-national military exercises outside its own borders, while undertaking internationally sanctioned operations.

These developments suggest that political framework is changing. Steadily but surely, China is taking its place among super powers.

For the Obama administration this forms a new strategic basis for closer Sino-US relations. Europe is following suit.

In view of its continued dependence on China to tide over the crunch and even beyond that, America will have to coordinate its economic policies with China, respect its position as an independent player, acknowledge the economic leverage that China now enjoys vis-à-vis the US and allow space for it to play its economic and political role at the world stage. There are even speculations that the failure of American capitalism could possibly trigger the transition from the American to the Chinese model of capitalism.

But despite their close economic ties, ambivalence in both China and the US is inevitable. For them a US-West European relationship model is not possible. Consequently it is difficult to see China and the US developing a close political alliance, marking a complete break from the strained relationship of the past.

Both have historically remained hegemonic powers and have carved out respective areas of influence in which they will create and lead alliances in line with national interests and security concerns. They have fiercely protected their identities and pursued their unilateral agendas fueled by their ambitions to play leadership roles. Driven by its global interests, the US will not withdraw its tentacles from Asia which it spread during the cold war to contain China’s strategic regional interests and growing political influence. China could not do much about it then, but does not like America breathing down its neck any more. It also closely watches the developing US-India alliance which could become a matter of grave concern.

Such conflicts of geopolitical interests are bound to sour the existing close relationship, if both countries do not exercise caution. They must carefully watch against any throw back from the cold war days, such as creating hostile blocs or alliances and overt and covert subversive actions to avoid jeopardizing their détente. Tricks like pulling Dalai Lama out from the closet and hoisting him and eruption of disturbances in Tibet and Beijing to coincide with Beijing Olympics were in bad taste. So was the alleged American hand in recent ethnic riots in Xinjiang province. If that is true, trust will be the casualty.

A mechanism of consultative dialogue on bilateral issues of concern could help in settling differences and a common vision should be forged on global issues such as energy, environment and climate change. Bilateral relations that consolidate the Kissinger initiative would contribute to world peace.