Burmese junta’s war on the people will lead to its own demise: Karen group 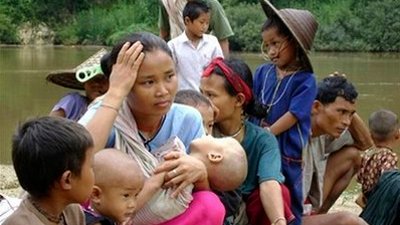 A leading Karen lobby group based in Australia has warned that the Burmese military junta’s continuing war against its own population will soon result in its demise.

Saw Lwin Oo, President of the Australian Karen Organisation (AKO), said that recent incursions and human rights violations such as forced labor, extortion, and forced conscription of recruits in Karen State have been committed by the Democratic Karen Buddhist Army (DKBA), an ally of the Burmese military junta.

The Karen National Union (KNU) and its armed forces, the Karen National Liberation Army (KNLA), have been involved in an armed battle against the Burmese military for more than five decades. It is believed to be the world’s longest running civil war, with over 80,000 Karen people fleeing their villages to seek sanctuary in camps on the Thai border since the conflict’s commencement. 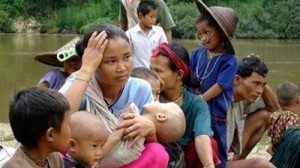 In the most recent fighting last month, more than 4,000 Karen refugees have sought asylum in Thailand following the most recent attacks by the DKBA, with assistance by eight battalions from the military regime.

“The DKBA is known for crossing the border and attacking refugee camps,” Saw Lwin Oo said.

He also said that the DKBA’s promise of making Karen State peaceful is “garbage.”

A spokesman from the KNU, who asked to remain anonymous, said that the KNU used guerrilla tactics to defend itself against the Burmese military and the DKBA, but could not defend themselves against major offensives.

“The KNU withdraws into jungles for safety, but it cannot match the junta’s financial resources and manpower in battles. We also lack external allies,” he said.

The military junta, he added, used financial assistance obtained through the sale of natural resources such as gas, timber, minerals and the drug trade to purchase air and ground weapons.

Burma’s military is believed to number between 200,000 and 400,000 soldiers. China and North Korea are believed to be their strongest allies in supplying military equipment.

The KNU spokesman warned that ethnic minorities such as the Karen would be left vulnerable to further attacks inside Burma and on border camps with Thailand.

“No country neighbouring Burma has signed the convention on refugees so none are legally obliged to give refuge to the Karen,” the spokesman said.

China is the only nation bordering Burma to have ratified the 1951 United Nations High Commission for Refugees (UNHCR) Convention relating to the Status of Refugees and the 1967 Protocol, but in the past has blocked resolutions raised in the United Nations Security Council.

The government in Beijing has also refused to directly intervene with other matters in Burma such as the 2007 Saffron Revolution and the trial of Aung San Suu Kyi.

The KNU spokesman warned that the junta is following similar tactics to those of the Nazis of World War II by conducting a scorched-earth policy. This includes burning down villages, killing livestock, sending in death squads to kill ethnic leaders, conducting extra-judicial executions, torturing individuals, and raping women.

Saw Lwin Oo said that the KNU has been urging the junta to seek a meaningful solution to end the fighting permanently for many years, but indicated that unless the junta ended the war in Burma, it would eventually succumb to international pressure, mass movement and internal fighting, and collapse.

The KNU spokesman said that Karen resistance fighters would never surrender to the junta.

Nearly 30,000 Karen refugees have been resettled in the United States, United Kingdom, Australia, Norway, Sweden and the Netherlands in the past 3 years.