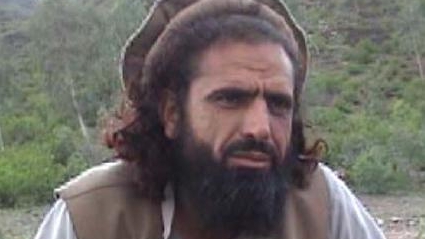 “His conversation was intercepted by intelligence agencies. It appears he is badly injured,” Mir Qadir Khan told Arab News.

Mangal Bagh, a warlord who held substantial power in the Khyber Pass, remained a force stopping Pakistan’s Taliban from swooping in to cut off vital NATO supply routes to neighbouring Afghanistan.

A former bus driver, Mangal Bagh, who now leads Lashkar-e-Islam, took on government forces on a number of occasions. His men had establised their writ over the main conventional and non-conventional routes to Afghanistan via Khyber Agency. 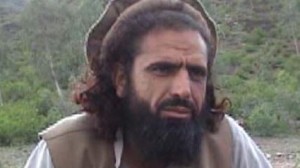 The Frontier Governor’s Secretariate has yet to issue a detailed statement on Mangal Bagh’s last battle.

A self-proclaimed spokesman of Lashkar-e-Islam Thursday morning called offices of several news organisations in Peshawar and denied that Mangal Bagh had been hunted down.

A trader and tribal chief of Karkhano Market, Ayub Afridi, told Arab News, “We have correct knowledge that Mangal Bagh and his men were beseiged by the Frontier Corps at Sandapal village near Bara Market. Still the exchange of fire is taking place, but I can neither confirm nor refute news of Mangal Bagh’s killing.”

Ayub Afridi said Mangal Bagh has the support of many tribal leaders of Khyber Agency and he went underground after massive military crackdowns in Khyber Agency.

Political Agent of Khyber Agency Tariq Hayat was not available today to offer any comment. His office, however, confirmed that many staffers of Khyber Agency’s headquarters were busy in an operation taking place in Bara District of Khyber.

Mangal Bagh initially fought his battles through FM radios with his arch rival organisation Lashkar-e-Ansar. He came into the limelight in 2005 when the feuding led to bloodshed and virtual war in Bara in the Khyber Agency, fourteen miles west of Peshawar, which saw 24 people killed and women and children taken hostage. Two clerics had been ordered on February 16 by a jirga to cease making radio broadcasts, but had ignored the decree of the council.

Both Mufti Munir Shakir and Pir Saifur Rehman were putting out radio broadcasts on FM transmitters, each denigrating the other’s religious beliefs. The war of words on the airwaves became explosive.

Pir Saifur Rehman follows the sect of Barelvi Islam, which encourages music, sees Prophet Mohammad (PBUH) as a figure of semi-divine status, a personage of light, whereas Mufti Munir Shakir follows the puritanical Deobandi form of hardline Sunni Islam. Most of the Taliban regime leaders in Afghanistan were educated at the Deobandi madrassa of Haqqania, including Mullah Omar. Haqqania is in Khyber Agency.

The two broadcasting sheikhs had been warring on the airwaves since December 2005.

While Pir Saiur Rehman wittered on about the ever-present spiritual manifestations of Mohammed, Mufti Munir Shakir used his broadcasts to encourage people to join the Lashkar-e-Islam. And with the two opposing views becoming more polarised, the violence of March erupted quite naturally. On March 25, 19 followers of Pir Saifur Rehman were killed, with 16 of these being Afghan nationals.

Ironically, neither Rehman nor Shakir came from Khyber Agency. Munir Shakir had been expelled from Khurram Agency because he was regarded as divisive, espousing sectarian views. Munir arrived in Khyber Agency in 2003. Munir had formerly worked for the tribal warlord and Taliban-like figure of Haji Namdar, who had set up a regime in 2003-4 in Khyber Agency called Amr bil Maroof wa Nehi Anil Munkir, which had its own prisons. Shakir eventually fell out even with Haji Namdar.

Pir Saiur Rehman had come originally from Afghanistan, and had settled in the region since the 1970s.

The followers of both Shakir and Rehman would kidnap and kill supporters, even after their divisive broadcasts stopped. And all the while, the Army of Islam, under the leadership of Mangal Bagh Afridi, a former driver, grew more powerful and more militant.

After the killings and the hostage-takings of women and children at the end of March, government forces began to take a more pro-active stance against the rising powers of the Lashkar-e-Islam. Mangal Bagh Afridi and his followers had then been located in the region around Bara Tehsil, scene of the interclan war, but on Friday, March 31 they moved on to Tarkhukas in the remote and inaccessible Tirah Valley.

On this date, states the Pak Observer, the Khasadar forces and Mehsud scouts surrounded the headquarters of Mufti Munir Shakir. The former radio star refused to surrender until 1pm the following day. The Lashkar-e-Islam headquarters was given up without a struggle. Those still in the compound handed over to the political FATA administration. They had been urged to do so at a jirga led by a leader of the left-wing Awami National Party (ANP).

The administration also ordered Mangal Bagh Alfridi, the leader of Lashkar-e-Islam to abandon possession of his house in Sheikhabad Spin Qaber in Bara tehsil, for it to be demolished. Similar orders were given to other activists of the Army of Islam.

Mufti Munir Shakir and Pir Saiur Rehman were officially expelled from Khyber Agency by the political administration. Pir had already left in February, reputedly to go to Lahore. But the fighting between their followers continued. In April five people were killed in a clash between the religious factions.

In May, Mangal Bagh threatened to block all routes leding into the Tirah valley if his men who had been made to surrender were not released.

On June 11, Starategy Page noted that “several hundred armed members of the Lashkar-e-Islam briefly occupied the town of Bara, but left when security forces approached. Officials in Bara said it was all a misunderstanding, as the Lashkar-e-Islam had been called in to help restore order in the town, which had been suffering from the violent side effects of tribal politics.”