Why Did It Take So Long To Order The Release From Guantánamo Of An Al-Qaeda Torture Victim? 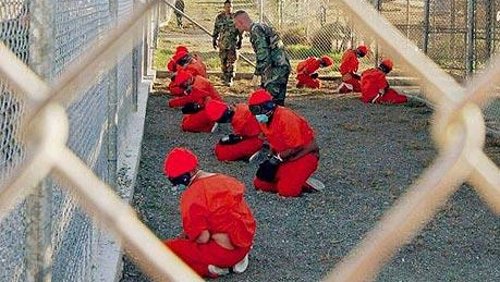 In over three years of researching and reporting about the prisoners held at Guantánamo Bay, Cuba, I learned early on to expect, as one of Guantánamo’s first commanders, Maj. Gen. Michael Dunlavey explained, that many of the men were “Mickey Mouse” prisoners, with no connection to terrorism whatsoever, and, in hundreds of cases, not even a tangential involvement in the Taliban’s inter-Muslim civil war with Afghanistan’s Northern Alliance, which preceded the 9/11 attacks, but morphed into a war against the US after “Operation Enduring Freedom” — the US-led invasion of Afghanistan — began on October 7, 2001. 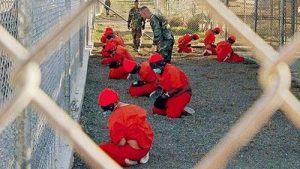 I learned about how the wrong people had ended up in Guantánamo not just from Maj. Gen. Dunlavey, but also from a former interrogator at the US prisons in Kandahar and Bagram, which were used to process the prisoners for Guantánamo. Using the pseudonym Chris Mackey, he wrote a book about his experiences, The Interrogators, in which he explained that the military commanders on the ground in Afghanistan received instructions from the highest levels of government that every Arab who ended up in US custody was to be transferred to Guantánamo, even if those on the front line had concluded that they had been seized by mistake.

The dismay that this instilled in me was only heightened when I learned from my own research, for my book The Guantánamo Files — and from research conducted by the Seton Hall Law School in New Jersey, based on documents released by the Pentagon (PDF) — that 86 percent of the prisoners were not seized by US forces “on the battlefield,” as senior officials alleged, but were picked up by their Afghan and Pakistani allies and handed over — or sold — at a time when the US military was offering bounty payments of $5000 a head — equivalent to about $250,000 in the US — for “al-Qaeda and Taliban suspects”; in other words, any Muslim with a beard who could be passed off as a terrorist.

Even so, some of the stories I came across revealed such depths of incompetence that I was repeatedly surprised: by the stories of the Afghan schizophrenic who ate his own excrement; the boys who were no more than 12 or 13 years old when they were captured; the 88-year old who was seized when his house was bombed; and another old man who was seized because he was deaf and couldn’t hear what the US soldiers who came to his house in the middle of the night were saying to him.

These stories only scratch the surface of the multitude of prisoners seized for no good reason, but although these particular prisoners were released in the first few years of Guantánamo’s existence, there has been little improvement in the last two years. While assiduously chronicling the stories of the 153 prisoners released since June 2007, I have repeatedly come across similarly wronged prisoners, because of the systemic failures in the Bush administration’s “War on Terror,” including, to cite just a few examples, Sami al-Haj, the al-Jazeera cameraman, who spent his entire time in captivity fending off attempts to recruit him as a spy, and Adel Hassan Hamad, a Sudanese hospital administrator in Pakistan — hailed by almost everyone who has met him as one of the sunniest personalities on the face of the earth — who was sold to US forces by unscrupulous Pakistan soldiers who were taking revenge on him because he had complained when they had stolen supplies from his warehouse.

According to one reading of history — the one favored by Vice President Dick Cheney, the prime architect of America’s post-9/11 flight from the law, which has been embraced by fearmongering politicians of both parties — these stories, if acknowledged at all, are mere blips in Guantánamo’s history, and the remaining prisoners are all hardcore terrorists. However, while President Obama has done far too little to counter these groundless and unprincipled claims, judges in the District Courts, empowered to review the prisoners’ cases after a Supreme Court ruling last June confirmed that they had habeas corpus rights (the right to ask a judge why they are being held), have been slowly but surely demolishing the false, self-serving rhetoric of Cheney and the hysteria of the blinkered politicians.

The judges have not been aided by the Justice Department, which has followed the lead established under the Bush administration, and has, under Attorney General Eric Holder, done all in its power to disable the habeas reviews by preventing the prisoners’ defense teams from having access to exculpatory material — or any other material essential to mounting a meaningful defense. However, despite the obstruction — which has been so severe in some cases that judges have taken the unprecedented step of dismissing the government’s lawyers — two judges have ordered Yemeni prisoners to be released, and in the most recent example, that of Alla Ali Bin Ali Ahmed, the judge, Gladys Kessler, “paint[ed] a disturbing picture of unreliable allegations made by other prisoners who were tortured, coerced, bribed or suffering from mental health issues, and a “mosaic” of intelligence, purporting to rise to the level of evidence, which actually relied, to an intolerable degree, on second- or third-hand hearsay, guilt by association and unsupportable suppositions.”

On Monday, Judge Richard Leon, who demolished the Bush administration’s case against five Algerians and Guantánamo’s youngest prisoner, a Chadian named Mohammed El-Gharani, before Obama took office, dealt what may well be the most savage blow yet to Dick Cheney and his supporters, for their lies and distortions about the men still held, and also to Barack Obama and Eric Holder, for pursuing habeas cases that were doomed to fail.

The story of Abdul Rahim al-Ginco 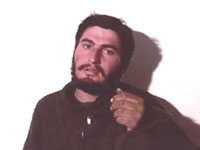 The case in question was that of Abdul Rahim al-Ginco (also identified as Abdul Rahim Janko). Born in Syria in 1978, al-Ginco moved to the United Arab Emirates with his family, at the age of 13, but in December 1999, as Tim Reid of the London Times explained in an article five months ago, he “fell out with his strict father,” and “left home without a passport,” in the belief that, as a friend explained to him, “if he could get to Afghanistan he could travel to Europe as a refugee.”

In Afghanistan, as he has admitted all along, he spent five days at an al-Qaeda-affiliated guest house in Kabul, and 18 days in January and February 2000 at al-Farouq, a military training camp established by the Afghan warlord Abdul Rasul Sayyaf but associated with Osama bin Laden in the years before the 9/11 attacks. However, he also explained that, although he cleaned guns at the guest house, he was not there voluntarily, and did not attend the training camp on a voluntary basis either. “It wasn’t my choice,” he said during a military review board at Guantánamo. “I was hated. They believed I was a spy, so they took me to the camp by force.”

Crucially, when he tried to leave the camp, after telling the instructors that he did not want to fight, and that he especially did not want to fight against Ahmed Shah Massoud, the leader of the Northern Alliance (who was assassinated two days before 9/11), because “the jihad does not say anything about killing innocent civilians in Afghanistan,” he was tortured by al-Qaeda for three months “to the extent that he had little use of his right arm,” and was forced to admit that he was a spy for the United States and Israel. According to Tim Reid, he was “given electric shocks, and had the soles of his feet beaten,” and his torture “was overseen by Mohammed Atef, the military chief of al-Qaeda who was killed by a US airstrike in Kabul in November 2001.”