Iran is too independent and disobedient: Chomsky 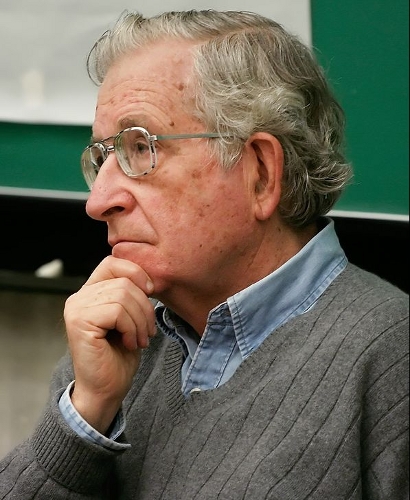 Noam Chomsky needs no introductory note. He is inarguably the most significant sociopolitical analyst and lecturer of the contemporary era and “ranks with Marx, Shakespeare, and the Bible as one of the ten most quoted sources in the humanities, and is the only writer among them still alive” as said by the Guardian.

On Chomsky’s “Hegemony or Survival”, the Venezuelan President Hugo Chavez, speaking at the United Nations, “I would like to invite you, very respectfully, to those who have not read this book, to read it.”

Answering to a 2006 interview question by the New Statesman’s correspondent Andrew Stephen on what would he had done if he were the U.S. president, Chomsky proposed: ” I would set up a War Crimes Tribunal for my own crimes, because if I take on that position [I would need] to deal with the institutional structure and the culture, the intellectual culture. The culture has to be cured.”

In this interview I talked to Prof. Chomsky about Iran, nuclear issue, Washington-Tehran relations and the global impact of Zionist lobbies. An excerpt of this conversation was first published by the Iran’s leading English language daily Tehran Times.

Q: Prof. Chomsky; You have reiterated several times that the majority of world countries, including the members of Non-Alignment Movement, support the nuclear dossier of Iran, yet the American neo-cons are still trumpeting their hawkish mottos. Why?

A: Not only the non-aligned movement, but also the large majority of Americans believe that Iran has the right to develop nuclear energy.  But almost no one in the U.S. is aware of this.  That includes those who are polled, and probably think they are the only ones who hold these beliefs.  Nothing is ever published about it. What appears in the media, constantly, is that the “international community” demands that Iran stop uranium enrichment. Almost nowhere is it brought out that the term “international community” is used conventionally to refer to Washington and whoever happens to go along with it, not just on this issue, but quite generally.

Q: Most of the analysts of international affairs cannot still digest the nuclear double standards of the U.S. government. While supporting the atomic arsenal of Israel, U.S. continuously pressures Iran to halt its civilian nuclear programs. What are the reasons? Does the IAEA have the authority to probe into the cases of Israel’s atomic weaponry? 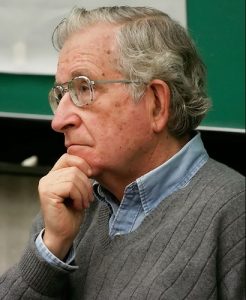 A: The basic point was explained very candidly by Henry Kissinger. He was asked by the Washington Post why he now claims that Iran does not need nuclear energy so it must be working on building a bomb, while in the 1970s he insisted forcefully that Iran needs nuclear energy and the U.S. must provide the Shah with the means to develop it.  His answer was pure Kissinger: “They were an allied country” so they needed nuclear energy.  Now they are not an ally, so they do not need nuclear energy.  As for Israel, it is an ally, more accurately a client state.  So they inherit from the master the right to do as they please.

The IAEA has the authority, but the US would never permit them to exercise it.  The new U.S. administration has given no indication that it is any different.

Q: There are 4 sovereign states which have not yet ratified the NPT and freely pursue atomic weapons. Will Iran be extricated from the frequent pressures; should it halt its ratification and withdraw from the treaty?

A: No, that would simply escalate the pressures. Apart from North Korea, all of these countries receive extensive U.S. support.  The Reagan administration pretended it did not know that its ally Pakistan was developing nuclear weapons, so that the dictatorship could receive massive U.S. aid. The U.S. has agreed to assist India in developing its nuclear facilities, and Israel is a special case.

Q: What probable factors may hamper the establishment of direct talks between Iran and the U.S.? Is the influence of Israeli lobby over the corporate regime of America a major one?

A: The Israeli lobby has some influence, but it is limited.  That was demonstrated in the case of Iran, once again, last summer, during the presidential campaign, the time when the influence of lobbies is at its peak.  The Israeli Lobby wanted Congress to pass legislation that came close to calling for a blockade of Iran, an act of war. The measure gained considerable support, but then suddenly disappeared, probably because the White House made it clear, quietly, that it was opposed.

As for the actual factors, we do not yet have adequate internal records, so it is necessary to speculate. We do know that a large majority of Americans want to have normal relations with Iran, but public opinion rarely influences policy.  Major US corporations, including the powerful energy corporations, would like to be able to exploit Iran’s petroleum resources. But the state insists otherwise. I presume that the main reason is that Iran is just too independent and disobedient. Great powers do not tolerate that in what they take to be their domains, and the world’s major energy-producing regions have long been considered the domain of the Anglo-American alliance, now with Britain reduced to junior partner.

Q: Will there be a tactical or systematical transformation in the approach of American mainstream media toward Iran during the tenure of Mr. Obama? Should we expect a cut-off in the mass of anti-Iranian black propaganda?

A: The media generally adhere fairly closely to the general framework of state policy, though policies are sometimes criticized on tactical grounds.  A lot, therefore, depends on the stand that the Obama administration will take.

Q: And finally, do you believe that the U.S. President should follow the Iranian proposal and apologize for its historical crimes against Iran?

A: I think that the powerful should always concede their crimes and apologize to the victims, in fact go much farther and provide reparations. Unfortunately, the world is largely governed by the maxim of Thucydides: the strong do as they wish, and the weak suffer as they must.  Slowly, over time, the world is becoming more civilized, in general. But there is a long way to go.