Iran was not what we had thought: Sid Ganis 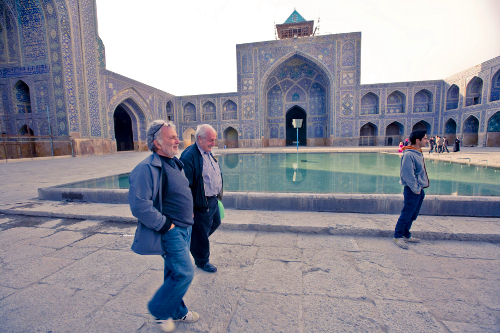 The contradictory signs and inconsistent overtures of Iranian and American officials to renormalize their long-muddled ties and become friends again are still indigestible, at least to ordinary observers. President Obama sends a benevolent, unprecedented Nowrouz congratulation message to the “Islamic Republic of Iran” and calls for a “new beginning” from his Oval Office, and then attacks the “Iranian nuclear and ballistic missile threat” a few days later in Prague.

The Iranian President Mahmoud Ahmadinejad also welcomes the “concrete change” of Americans’ behavior and declares a readiness to establish negotiations, while his country arrests 3 American citizens in a week on charges of espionage.

Seemingly, both presidents are practicing the tradition of double standards of the hawkish Bush administration, which doesn’t seem rational at first glance; however, the issues are more profound than they seem!

Last week, unidentified sources in Iran revealed the incident of furtive phone call between the influential Iranian cleric, Ayatollah Hashemi Rafsanjani, who had served two terms as the Iranian President and now holds the administration of Expediency Council, and the U.S. Secretary of State Hillary Clinton.

Prior to these happenings, in early March, a 9-strong delegation of Hollywood directors, actors and playwrights made a trip to Iran in the framework of a goodwill cultural exchange between the Iranian House of Cinema and the U.S. Academy of Motion Pictures Arts and Sciences.

The American delegation included “American Beauty” star Annette Bening, four-time Emmy Award winner Alfre Woodard, Academy Award-winning screenwriter Frank Pierson, and Phil Alden Robinson. The delegation was headed by the President of the American Motion Picure Arts and Sciences, Sid Ganis, who had come to hold workshops, meetings, and visits in Iran. Ganis is the successor of his fellow-delegate Frank Pierson as the AMPAS President and has produced several movies including the “Akeelah and the Bee” and “Mr. Deeds”.In an exclusive interview with Foreign Policy Journal, Sid Ganis talks about the warm welcome the Hollywood delegation received from the Iranians and the unexpected hospitality of Iranians. “We were met with an incredibly warm and hospitable welcome by the filmmakers of Iran, and the people in general,” he says. “Everywhere we went, people approached us to talk and take pictures with us.”

Answering my question about the impact of comments made by the Cultural Advisor to the Iranian President demanding an apology from the Americans, Ganis said, “People in Iran generally had very positive things to say about America and about our movies. So the comments made by this particular cultural advisor really didn’t affect our feelings about the value of our visit.”

Most Iranians, even if they don’t demand apology, are still offended by the movies “300” and “The Wrestler” in which their ancestors are portrayed as blood-thirsty and barbaric.

Sid Ganis confesses that the U.S. mainstream portrayal of Iran is misleading and unrealistic. “Our entire group was somewhat surprised to see how different Iranian life is, the way people live it on a daily basis, from the usual depictions we see in the media, especially the news media.”

“Iranians are very sophisticated, educated and culturally literate people and they have access to far more western media and technology than any of us had realized.” He adds, “We traveled freely around Tehran, Shiraz and Isfahan and we didn’t see any signs of political demonstrations or speech directed against Americans.” 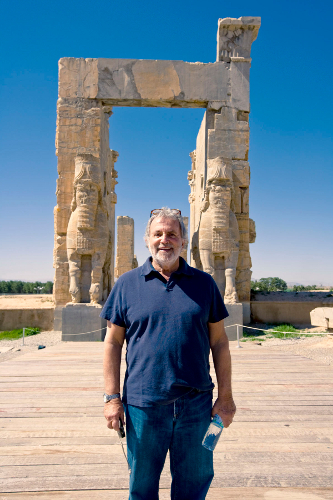 Asking him about the agenda of the Hollywood delegation, the AMPAS President explicates to Foreign Policy Journal about the plans they’ve pursued in Iran. “The visit to the Iranian Museum of Cinema, and in particular our screenings of Iranian films both before our trip and during the visit, gave us a great opportunity to understand the dynamic and impressive history of Iranian filmmaking, which continues to this moment.”

“We had several long workshops in which the discussion flowed very freely,” he relates, “and we learned that Iranian artists have a lot of the same practical and creative challenges that we face here in Hollywood, in addition to the specifics of the government control they experience.”

“Our visit was hosted by the House of Cinema, which is a very similar organization in its structure to the Academy,” Sid Ganis says, “and it is an important meeting place for filmmakers of all disciplines [including] writers, directors, composers, documentarians, etc.”

“We feel that we’ve opened up an effective channel of communication and made some friends in the filmmaking community there, and we look forward to creating specific programs, both in the U.S. and Iran, to further this dialogue” says the President who is himself a producer and filmmaker.

Ganis, 69, who had once served as the President of Marketing and Distribution at Columbia Pictures, expresses his reaction of those on both sides who have condemned the trip. “Our whole visit was based on the premise that artists of all cultures should be able to talk together about common problems and creative issues,” he stresses, “and that is what we did during our time in Iran.”

Ganis also observes, “There will always be people who criticize such efforts, but we feel that such cultural exchanges are vital in helping people understand one another.”

Like many of the American people, Ganis is not well acquainted with the Iranian culture and its historical background. “I don’t know nearly as much as I would like to about Iranian history and culture,” he acknowledges, “but the opportunity to go on this trip has given me an incredible opportunity to study this ancient country and its people. Iran has been so difficult to visit for Americans, and there are so many preconceptions about it, that it’s hard to get an accurate picture without actually going there yourself.”

“Every day, and virtually every hour, we encountered something that was interesting, extraordinary or surprising about Iran,” he continues. “We came home with hundreds of stories of fascinating encounters with the people there. We’re excited about continuing to develop ties to our fellow filmmakers.”