COVID-19 and Mass-Surveillance: Why South Korea’s approach is also anathema to civil liberties 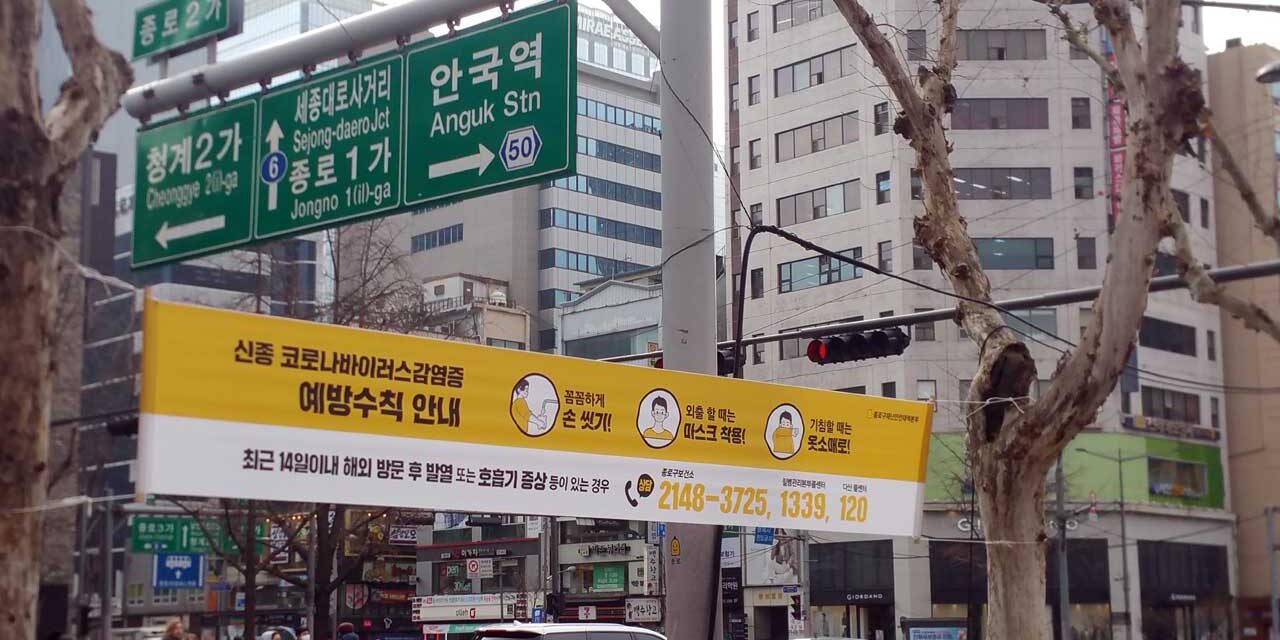 Big Brother can do wonders during a pandemic, but the granularity of what it gleans is surpassed by the infringement on privacy that it can make.

As the world continues to grapple with trying to contain the deadly metastasis of COVID-19, South Korea has increasingly been singled out for praise by Global Health Professionals for its rapid response to the outbreak that has seen the East Asian country “flattening the curve” of new infections in just a matter of weeks.

More specifically, the representative democracy has managed to accomplish this mammoth task without resorting to the draconian social restrictions and quarantines that were imposed by China or for that matter the mixture of business lockdowns and aggressive social distancing now being seen in much of the western world and beyond.

This in itself is no mean feat. As recent as late February, the country had the highest cluster of infections outside of mainland China and had to contend with a consortium of countries imposing an early travel entry ban on its citizens.

But the Korean governments swift deployment of mass testing kits even for asymptomatic people, emergency notifications via text messages and robust screening via infra-red cameras to measure fever across the country all in the aid of tracing and treating both new and existing cases, appears to have largely succeeded in breaking the chain of transmission.

However, the outpouring of praise for the country’s strategy and even talk of emulating it should not deflect from the fact that it also comes at a cost of high-tech surveillance whose mandated invasiveness in a democracy today could grow to become a dangerous affront to personal liberty and privacy tomorrow.

That South Korea is the world’s leader in mobile phone ownership, wi-fi speeds and cashless transactions is of little astonishment when considering the nation of 51 million is home to electronic and industrial conglomerates such as Samsung, LG and Hyundai.

The ability to ensure they monopolize the market share of both electronic gadgetry and services at home is undoubtedly helped by cultural uniformity in a country that’s 98 per cent homogenous, and where the lingering imprint of conformism has long allowed the paternalistic state a freer hand to cajole its people into believing everything local is best.

It is for this reason that it’s unsurprising to see over 93 per cent of the population alarmingly relying on a single dominant messenger app in the form of KakaoTalk, used additionally in everything from coupons and gameplay to online banking and taxi services.

But for the prying eyes of its government, the dumbness of this social reality is a surveillance godsend because it winnows the field in terms of being able to extract rich and timely electronic data on its citizens – and that too all at once.

In the name of fighting the pandemic, it’s been utilizing the lawful right to warrantlessly access any of its citizens credit card and financial records, private health data, electronic communications and associated movements via the trail of metadata derived from cell phone connectivity to passing phone masts.

Ostensibly, it’s to give them the ability to trace and retrace the movements of effected people in a geographical linkage so as to alert others into either self-quarantining or seeking assistance should they have come into contact with, or were travelling in the vicinity of, an infected person.

It also means infected people being told to download a GPS-tracking app which dutifully alerts the authorities if and when they’ve broken the quarantine that they’re been required to undergo as part of nationwide control and recovery efforts – something democratic Hong Kong has taken a step further with the forced imposition of electronic wristbands.

The problem with this sort of unfettered access to electronic data, unconstrained by even the most basic considerations of privacy, is that just about anything a Korean citizen now does, be it internet-based activity or general movements considering the mass installation of CCTV in both public and private space, will now require little effort to track on the part of their highly-surveillant authorities.

This frettingly includes the real time content of everything they’ve purchased and where they purchased it from, the entirety of their online activities, who’ve they’ve been in communication with and for how long, the pick-up and drop-off points of the taxi’s they’re using in addition to their wider travel itineraries.

Now one might argue that there’s nothing new in this. Afterall, since the Edward Snowden revelations, copious amounts of literature exist on the subject of NSA/GCHQ worldwide surveillance practices and so what could possibly be abstract in the South Koreans doing it at home?

The answer is that it boils down to a fear that if people in democracies readily agree to extensive forms of mass surveillance in the name of fighting a pandemic today, it may well self-mandate other democratic governments with introducing surreptitious forms of surveillance tomorrow – and not necessarily for reasons of a pandemic.

On the current trajectory, where South Korea is now mandating the downloading of GPS-trackable apps in order to monitor quarantined individuals, soon it could be joined by intricate bio-surveillance ones which in the event of demonstrative success entire populations across the democratic world might be forced to comply with at the risk of confinement.

These could be in the form of advanced mobile phone apps or electronic gadgets attached or worn somewhere on the human body and whose ultra-modern sensors are designed to stop the spread of the pandemic in its tracks through monitoring the likes of blood pressure, body temperature, facial particulars or even fingertip patterns to determine your potential for risk.

Before you know it, an algorithm takes over and determines just when, where and with whom you can travel or indulge in social and recreational activities and even suggest a suitable workaround in advance.

Once this kind of monitoring gadgetry is legitimatized it only requires the powers that be to slightly manipulate the software within them to ensure they turn out to become a shadowy bio-surveillance mechanism like never before and not limited to knowing when you’re going to be sick or entrusting you to comply with health checks via your phone.

This newfound surveillance technology can also be used as a mechanism for political control which is already at a critical juncture because of its ability to influence the selection of governance and the consolidation of power with no indication that its even reversible.

What happens when the mere action of looking at your phone and pressing the touchscreen feature on it to enter messaging apps becomes a tool alerting the authorities to how happy or mad you are as you communicate with others?

How about it being a tool for determining what side of the political spectrum, right or left, you’re likely to be on owing to everything from pupil dilation to facial peculiarities you made when reading select material? How about the extent to which you’re perspiring in a sensitive spot and thereby calculating your potential for making crowd trouble?

If social unrest or protest has traditionally been the escape valve for discontent, bio-surveillance in the mobile phone era can potentially make it easier to place actual and potential dissidents in temporary custody or when need be, in jail.

Ultimately, such a scenario if left unchecked would witness the tendencies of a democratic infrastructure turn into those of an authoritarian one, and the real worry is that such sweeping tracking infrastructure could remain a norm in one form or another long after the fight to eradicate the pandemic is over.

The metastasis of Coronavirus 2019 is a transient problem, but to lose our personal privacy would be a permanent one.