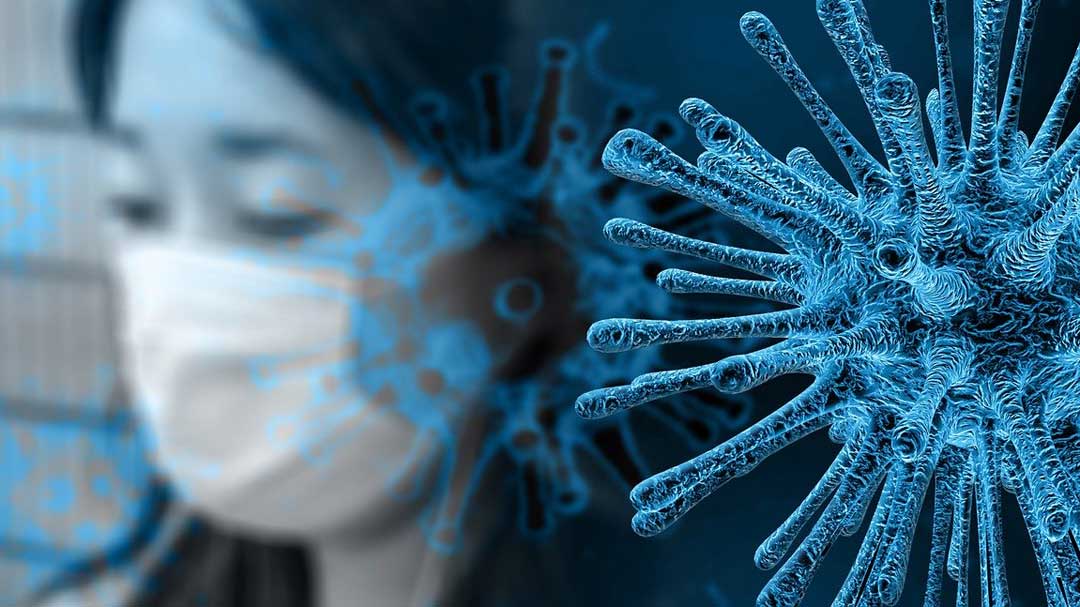 In the coming days, new confirmed cases of the virus outbreak will continue to rise. Nevertheless, there may be some possible signs of steadying in China.

With the new coronavirus—the 2019 novel coronavirus acute respiratory disease (2019-nCoV ARD)—there are as of February 10 over 42,600 confirmed cases worldwide. If the current pace prevails, that figure will soon exceed 50,000.

And yet, there is something else going on behind the reported figures, something that may allow a sense of cautious optimism about the future.

Despite international concern and more sensational headlines, the number of the confirmed cases outside China has been relatively low, less than 500. So far there have been only two deaths outside China; one in Hong Kong and another in the Philippines. Both are associated with Wuhan, the epicenter of the outbreak.

While these numbers are likely to increase in the near future, the low starting-point suggests that China’s costly and draconian measures may have saved many lives within and outside China.

Moreover, the pace of the contagion may be changing. In the international media, the spotlight has been mainly on the absolute numbers of accumulated confirmed cases and accumulated deaths. Consequently, the relative increase of the cases has been on the sidelines.

Certainly, both sets of figures have a vital role. In absolute terms, accumulated cases reflect the human toll of the outbreak in which even a single number is a tragedy. Yet, relative terms are critical because they reflect the pace of the virus outbreak.

In retrospect, the number of accumulated cases began to soar around the third week of January. In part, this can be attributed to the virus outbreak itself and in part to China’s stringent containment measures. On January 24, the confirmed cases exceeded 1,000; a week later, the figure jumped over 10,000; another week later, over 30,000. Unfortunately, the accumulated number will still continue to rise.

Nevertheless, the relative increase of these accumulated cases has progressively decreased ever since mid-January. Toward the end of the month, the rate accelerated briefly, perhaps as the result of the tough quarantine measures in China. While the pace peaked at almost 100% after mid-January, it has declined to zero, even negative. 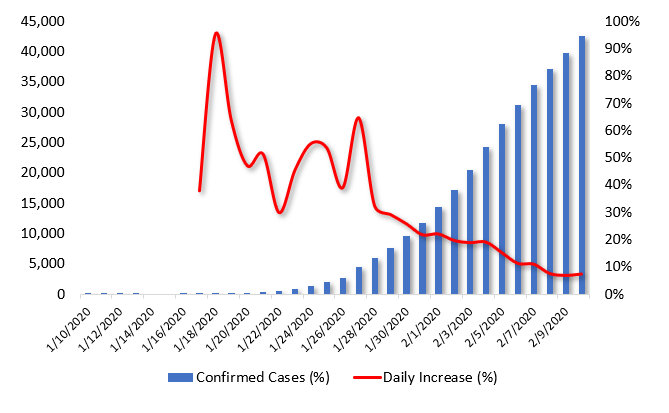 Even more importantly, the relative daily increase of new cases, which have critical impact on the longer-term duration and severity of the outbreak, may be amid a crossroads.

The confirmed new cases increased steadily from mid-January soaring to almost 3,900 on February 4. Since then the numbers have fallen below 2,600. In relative terms, the change has been almost progressive, having plunged from almost 350% to negative. 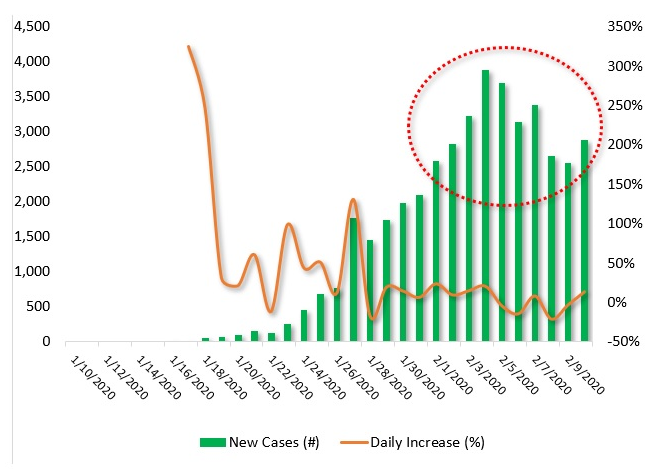 While the data could indicate a possible turnaround in the virus outbreak, there is no assurance that the deceleration will prevail. It is well known that virus trend lines can zigzag. Consequently, complacency in the struggle against the outbreak is no option.

There are other caveats as well. Right data is critical. The assumption is that the number of the confirmed cases is relatively realistic. Furthermore, there is the risk of potential mutation. Current statistics are based on the assumption that the crisis will not result in adverse mutations that would drastically change the outcomes. Finally, the trend is predicated on the idea that containment will succeed outside China, where precautions have been lagging in many countries, including high-income nations.

As WHO chief Tedros Adhanom Ghebreyesus has warned, confirmed cases of coronavirus being transmitted by people who have never traveled to China could be the “tip of the iceberg.”

The big question is, will the deceleration trend remain and strengthen.

This article was originally published by China Daily on February 10, 2020, and was updated with data current as of February 11.