Making Sense of the Impeachment Charges 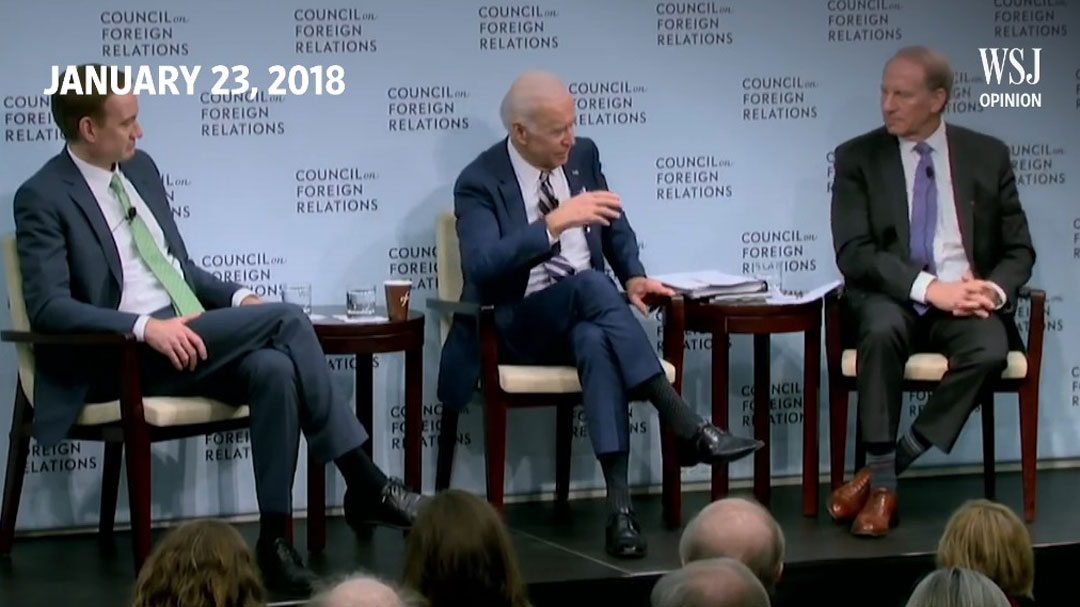 Prior to the impeachment of Trump, not by Congress as presstitutes report but by self-interested House Democrats, during the entirety of US history there have been only two attempts to impeach a president—Andrew Johnson in 1868 and 130 years later Bill Clinton in 1998.

Clinton was impeached by House Republicans when he clearly lied under oath by denying his sexual affair with Monica Lewinsky, a White House intern. The Senate refused to convict him. Enough Senators had enough sense to know that lying about a sexual affair, even under oath, did not rise to a “high crime.” Moreover, Senators understood that few men would be inclined to embarrass their wife and daughter, or few women their husband and daughter, by admitting publicly to a sexual affair.

Andrew Johnson, a Tennessee Democrat, stood with the Republican Union of Abe Lincoln. Consequently, Lincoln chose Johnson as his Vice President in his 1864 reelection campaign. When Lincoln was assassinated, Johnson became president.

President Johnson took to heart Lincoln’s emphasis on restoring comity between North and South. Consequently, Johnson opposed the harsh, exploitative, and demeaning policies of the Republican Congress during Reconstruction. He didn’t see how the Union could be restored on the basis of dispossession of Southerners, rape of Southern women, and the infliction of general humiliation on a conquered people.

The fanatical Republican Congress, however, was set on punishment and humiliation of the South. By blocking some of the most extreme Reconstruction measures, Johnson aroused the same enmity against himself as the Republicans had toward the South. A series of disputes between the President and the Republican Congress led to a resolution of impeachment drafted by the Congressional Joint Committee on Reconstruction.

The charges against Johnson were contrived, a product of emotion, like the ones against Trump, and Johnson’s conviction failed by one vote in the Senate. After his term ended in 1869, Johnson ran for the US Senate and won.

Bill Clinton is the only one of the three to be impeached by the House for cause, but enough Senators realized that the cause was not a high crime and refused to convict.

The three presidents who have been impeached are much less guilty of impeachable offences than many who have not been impeached. For example, George W. Bush took America to war based on lies—for example, Saddam Hussein’s weapons of mass destruction. These lies are much more serious than Clinton’s denial of a sexual affair. Bush failed to uphold his duties and violated the US Constitution by suspending habeas corpus and detaining citizens indefinitely without evidence and due process of law. Obama intended to invade Syria on the basis of a lie, for example, Assad’s use of chemical weapons, but was prevented by Russia. Obama escalated Bush’s attack on Constitutionally protected civil liberty by declaring his right to execute US citizens without due process of law. Franklin D. Roosevelt kept knowledge of the Japanese attack on Pearl Harbor from the US Navy in order to have an infamous event that would allow him to enter the war against Germany. Even Lincoln was guilty of destroying states’ rights set out in the Constitution and launching a war of aggression in order to preserve the empire. There are more examples.

It is paradoxical that real crimes provide less inclination for impeachment than orchestrated fake crimes.

There were 11 contrived articles of impeachment against Johnson. Against Trump there are two. One is that he abused his power as president by asking the president of Ukraine to reopen the investigation of the energy company, on which Obama’s Vice President Biden had placed his son as a very highly paid director. Vice President Biden had forced the previous president of Ukraine to shut down the investigation by firing the prosecutor or otherwise forfeit $1 billion in US aid.

The Democrats have no evidence that Trump offered the Ukrainian president US aid in exchange for political dirt against Biden, and the president of Ukraine said there was no such offer. What would be the point of Trump asking for dirt against Biden when Biden himself boasted before the Council on Foreign Relations that he had forced the Ukrainian President to fire the prosecutor or forfeit $1 billion. This is common knowledge. Why should Trump have to pay Ukraine for it?

Vice President Biden’s clear, open admission that he did what Democrats falsely accuse Trump of doing is total proof of the utter corruption of the Democratic Party.

Now, let’s suppose the Democrats are correct in order to see how inconsequential and commonplace the charge against Trump would be even if true. The United States government has historically, has always, and is forever telling foreign governments to do this or that or you won’t get any money. This is the commonplace behavior of the United States in its foreign policy, which is not based on normal diplomacy but on bribes, sanctions, threats, and, if the country does not comply, bombings and invasions.

Trump did not tell Ukraine that he was going to sanction, bomb, or invade if Ukraine did not reopen an investigation that was closed entirely on the basis of Biden’s threat to withhold US aid money. If anyone should be facing a charge, it is Biden.

The second charge in Trump’s impeachment is “obstruction of Congress.” The US Constitution gives the President the power to obstruct Congress. Every time a President vetoes a bill, he obstructs Congress. The idea that obstructing Congress is an impeachable offense is insane nonsense. It works only because Americans are ignorant. They do not know what the Constitution says or anything about the balance of powers the Constitution establishes between executive, legislature, and Judiciary.

Similarly, Congress has the power to obstruct a President by refusing to ratify his treaties, by rejecting his budget and spending priorities and by refusing to confirm his appointees in office.

What is the real basis of the obstruction charge? I will tell you. It means that the House Democrats could not find anything on Trump, so they charge that Trump obstructed them by hiding the evidence and not letting executive branch officials testify who would have ratted him out. That is all the charge means. The charge is that the exercise of executive privilege, which every president has used, is an obstruction of Congress. That is all the charge means. How did such an absurd charge become an impeachable offense?

In the Senate the fight over “the rules” is a fight over whether Democrats will be able to reproduce in the Senate, in place of what is supposed to be a trial based on the evidence that led to the House’s impeachment charge, a continuation of the House circus with more witnesses, more charges, more orchestrated “evidence.” In other words, the Democrats intend to use the trial as a continuation of the soap opera hoping to extend it long enough that some of the mud will stick to Trump and defeat his reelection.

We must ask ourselves how American politics has degenerated to such a comical level. How can the US be taken seriously as a world leader when for the entirety of a presidential term one of the two political parties has done nothing but to try to destroy the President of the other political party? Is the US going to have its own Hutu-Tutsi genocide?

This question is unrelated to whether or not we approve of Trump or think that he is a good President. An unapproved President is simply not reelected. He does not need to be impeached. Obviously, it is Trump’s reelection that Democrats fear, and they are using impeachment to try to prevent Trump’s reelection. This is not the function of a political party.

A political party is supposed to represent the interests of its constituents. At one time, the Democrats’ constituents were the working class. The Republicans represented business interests. There was countervailing power between the two. Sometimes business interests got the upper hand. Sometimes the working class got the upper hand. But the system worked and served both parties.

What, who, does the system serve today?

This article was originally published at PaulCraigRoberts.org on January 21, 2020.