Sealed Off and Forgotten: What You Should Know about Israel’s ‘Firing Zones’ in the West Bank 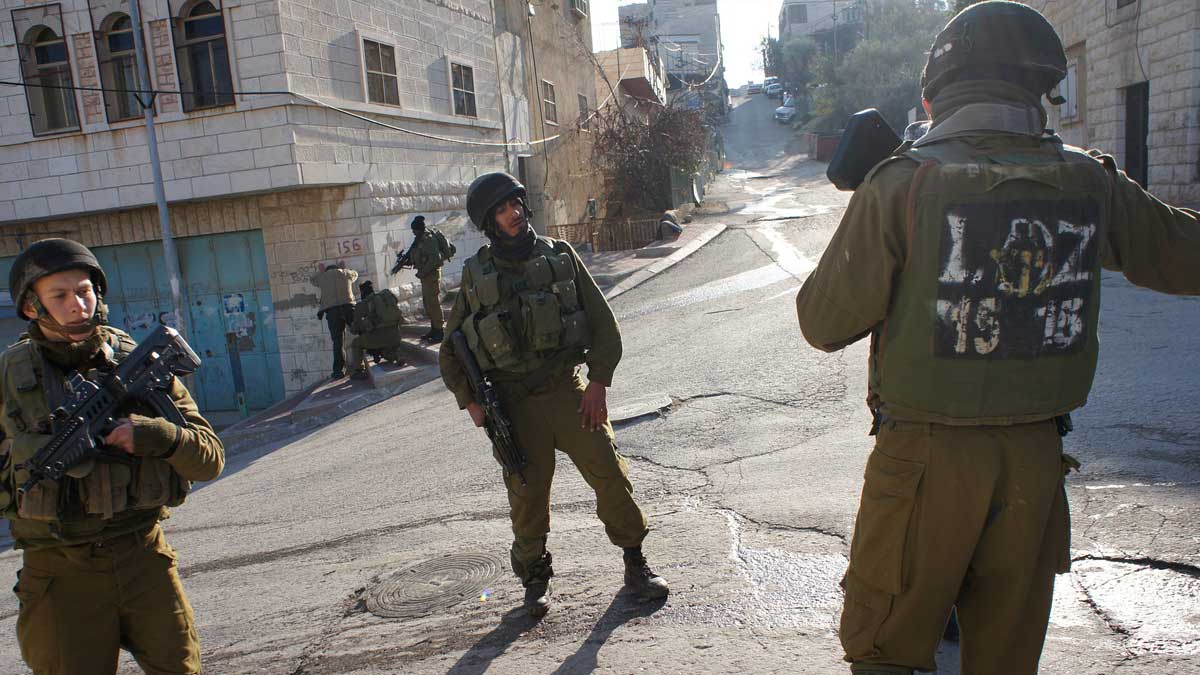 Israeli soldiers at the Gilbert checkpoint in Hebron, in the occupied West Bank (Public Domain)

There is no military logic in the world that could rationally justify the barring of medical access to an isolated community, as Israel has done.

A seemingly ordinary news story, published in the Israeli newspaper, Haaretz, on January 7, shed light on a long-forgotten, yet crucial, subject: Israel’s so-called “firing zones” in the West Bank.

“Israel has impounded the only vehicle available to a medical team that provides assistance to 1,500 Palestinians living inside an Israeli military firing zone in the West Bank,” according to Haaretz.

The Palestinian community that was denied its only access to medical services is Masafer Yatta, a tiny Palestinian village located in the South Hebron hills.

Masafer Yatta, which exists in complete and utter isolation from the rest of the occupied West Bank, is located in ‘Area C’, which constitutes the larger territorial chunk, about 60%, of the West Bank. This means that the village, along with many Palestinian towns, villages and small, isolated communities, is under total Israeli military control.

Do not let the confusing logic of the Oslo Accords fool you; all Palestinians—in all parts of the occupied West Bank, East Jerusalem, and the besieged Gaza Strip—are under Israeli military control as well.

Unfortunately for Masafer Yatta, and those living in ‘Area C’, however, the degree of control is so suffocating that every aspect of Palestinian life—freedom of movement, education, access to clean water, and so on—is controlled by a complex system of Israeli military ordinances that have no regard whatsoever for the well-being of the beleaguered communities.

It is no surprise, then, that Masafer Yatta’s only vehicle, a desperate attempt at fashioning a mobile clinic, was confiscated in the past as well, and was only retrieved after the impoverished residents were forced to pay a fine to Israeli soldiers.

There is no military logic in the world that could rationally justify the barring of medical access to an isolated community, especially when an Occupying Power like Israel is legally obligated under the Fourth Geneva Convention to ensure medical access to civilians living in an Occupied Territory.

It is only natural that Masafer Yatta, like all Palestinians in ‘Area C’ and the larger West Bank, feel neglected—and outright betrayed—by the international community as well as their own quisling leadership.

But there is more that makes Masafer Yatta even more unique, qualifying it for the unfortunate designation of being a Bantustan within a Bantustan, as it subsists in a far more complex system of control, compared to the one imposed on black South Africa during the Apartheid regime era.

Soon after Israel occupied the West Bank, East Jerusalem, and Gaza, it devised a long-term stratagem aimed at the permanent control of the newly-occupied territories. While it designated some areas for the future relocation of its own citizens—who now make up the extremist illegal Jewish settler population in the West Bank—it also set aside large swathes of the Occupied Territories as security and buffer zones.

What is far less known is that, throughout the 1970s, the Israeli military declared roughly 18% of the West Bank as “firing zones”.

These “firing zones” were supposedly meant as training grounds for the Israeli occupation army soldiers—although Palestinians trapped in these regions often report that little or no military training takes place within “firing zones”.

According to the Office for the UN Coordination of Humanitarian Affairs (OCHA) in Palestine, there are around 5,000 Palestinians, divided among 38 communities that still live, under most dire circumstances, within the so-called “firing zones”.

The 1967 occupation led to a massive wave of ethnic cleansing that saw the forced removal of approximately 300,000 Palestinians from the newly-conquered territory. Many of the vulnerable communities that were ethnically cleansed included Palestinian Bedouins, who continue to pay the price for Israel’s colonial designs in the Jordan Valley, the South Hebron Hills and other parts of occupied Palestine.

This vulnerability is compounded by the fact that the Palestinian Authority (PA) acts with little regards to Palestinians living in ‘Area C’, who are left to withstand and resist Israeli pressures alone, often resorting to Israel’s own unfair judicial system, to win back some of their basic rights.

This arrangement was meant to be temporary, set to conclude in 1999 once the “final status negotiations” were concluded and a comprehensive peace accord was signed. Instead, it became the status quo ante.

As unfortunate as the Palestinians living in ‘Area C’ are, those living in the “firing zone” within ‘Area C’ are enduring the most hardship. According to the United Nations, their hardship includes “the confiscation of property, settler violence, harassment by soldiers, access and movement restrictions and/or water scarcity.”

Expectedly, many illegal Jewish settlements sprang up in these “firing zones” over the years, a clear indication that these areas have no military purpose whatsoever, but were meant to provide an Israeli legal justification to confiscate nearly a fifth of the West Bank for future colonial expansion.

Throughout the years, Israel ethnically cleansed all remaining Palestinians in these “firing zones”, leaving behind merely 5,000, who are likely to suffer the same fate should the Israeli occupation continue on the same violent trajectory.

This makes the story of Masafer Yatta a microcosm of the tragic and larger story of all Palestinians. It is also a reflection of the sinister nature of Israeli colonialism and military occupation, where occupied Palestinians lose their land, their water, their freedom of movement and eventually, even the most basic medical care.

These harsh “conditions contribute to a coercive environment that creates pressure on Palestinian communities to leave these areas,” according to the United Nations. In other words, ethnic cleansing, which has been Israel’s strategic goal all along.

This article was originally published at RamzyBaroud.net on January 15, 2020.