Putin’s Hour Is at Hand 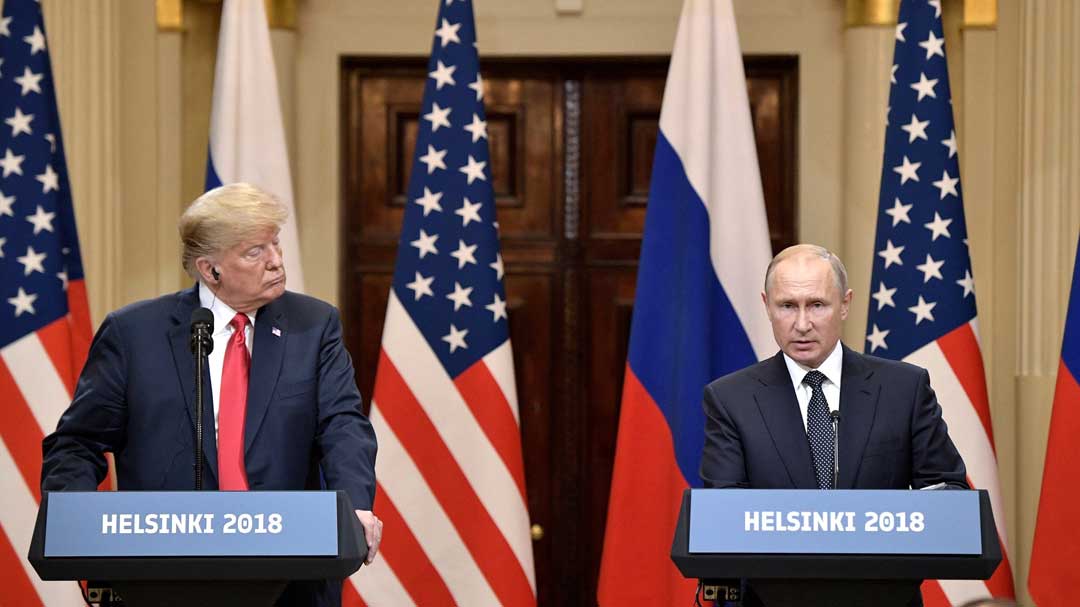 Putin knows that the American empire based as it is on arrogance and lies is failing economically, socially, politically, and militarily.

Vladimir Putin is the most impressive leader on the world stage. He survived and arose from a Russia corrupted by Washington and Israel during the Yeltsin years and reestablished Russia as a world power. He dealt successfully with American/Israeli aggression against South Ossetia and against Ukraine, incorporating at Crimea’s request the Russian province back into Mother Russia. He has tolerated endless insults and provocations from Washington and its empire without responding in kind. He is conciliatory and a peacemaker from a position of strength.

He knows that the American empire based as it is on arrogance and lies is failing economically, socially, politically, and militarily. He understands that war serves no Russian interest.

Washington’s murder of Qasem Soleimani, a great Iranian leader, indeed, one of the rare leaders in world history, has dimmed Trump’s leadership and placed the limelight on Putin. The stage is set for Putin and Russia to assume the leadership of the world.

Washington’s murder of Soleimani is a criminal act that could start World War 3 just as the Serbian murder of the Austrian Archduke set World War 1 in motion. Only Putin and Russia with China’s help can stop this war that Washington has set in motion.

Putin understood that the Washington/Israeli intended destabilization of Syria was aimed at Russia. Without warning Russia intervened, defeated the Washington financed and armed proxy forces, and restored stability to Syria.

Defeated, Washington and Israel have decided to bypass Syria and take the attack on Russia directly to Iran. The destabilization of Iran serves both Washington and Israel. For Israel Iran’s demise stops support for Hezbollah, the Lebanese militia that has twice defeated Israel’s army and prevented Israel’s occupation of southern Lebanon. For Washington Iran’s demise allows CIA-supported jihadists to bring instability into the Russian Federation.

Unless Putin submits to American and Israeli will, he has no choice but to block any Washington/Israeli attack on Iran.

The easiest and cleanest way for Putin to do this is to announce that Iran is under Russia’s protection. This protection should be formalized in a mutual defense treaty between Russia, China, and Iran, with perhaps India and Turkey as members. This is hard for Putin to do, because incompetent historians have convinced Putin that alliances are the cause of war. But an alliance such as this would prevent war. Not even the insane criminal Netanyahu and the crazed American neoconservatives would, even when completely drunk or deluded, declare war on Iran, Russia, China, and if included in the alliance India and Turkey. It would mean the death of America, Israel and any European country sufficiently stupid to participate.

If Putin is unable to free himself from the influence of incompetent historians, who in effect are serving Washington, not Russian, interests, he has other options. He can calm down Iran by giving Iran the best Russian air defense systems with Russian crews to train the Iranians and whose presence serve as a warning to Washington and Israel that an attack on Russian forces is an attack on Russia.

This done, Putin can then, not offer, but insist on mediating. This is Putin’s role as there is no other with the power, influence and objectivity to mediate.

Putin’s job is not so much to rescue Iran as to get Trump out of a losing war that would destroy Trump. Putin could set his own price. For example, Putin’s price can be the revival of the INF/START treaty, the anti-ballistic missile treaty, the removal of NATO from Russian borders. In effect, Putin is positioned to demand whatever he wants.

Of course Washington is stupid in its arrogance, and Putin, China, and Iran must take this into consideration. A stupid government is capable of bringing ruin not only on itself but on others.

So there are risks for Putin. But there are also risks for Putin failing to take charge. If Washington and Israel attack Iran, which Israel will try to provoke by some false flag event as sinking an American warship and blaming Iran, Russia will be at war anyway. Better for the initiative to be in Putin’s hands. And better for the world and life on Earth for Russia to be in charge.