Israel’s Next Move: The Real Danger in US Decision to Normalize Illegal Jewish Settlements 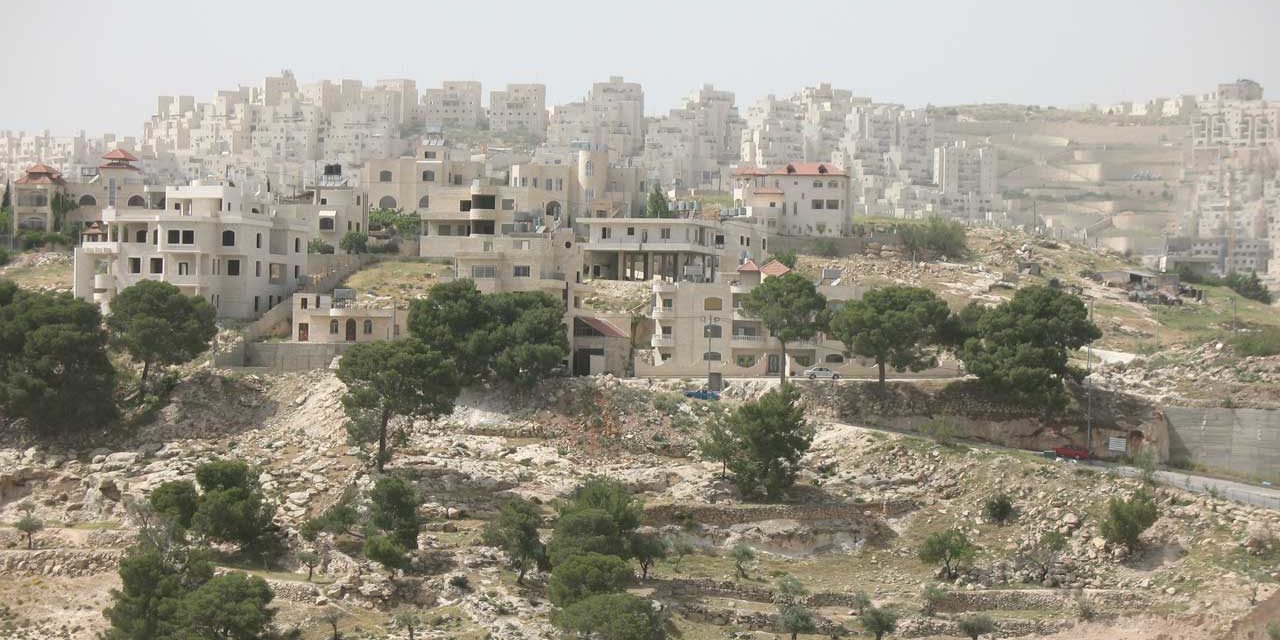 The US decision to adopt a position toward Israel's settlements that defies that of the international community dangerously encourages Israel's crimes.

It is hardly shocking that the United States government has finally decreed that illegal Jewish settlements which have been built in defiance of international law, are, somehow, “consistent” with international law.

US foreign policy has been edging closer towards this conclusion for some time. Since his advent to the White House in January 2017, President Donald Trump has unleashed a total and complete reversal of his country’s foreign policy regarding Palestine and Israel.

Let us not have any illusion regarding the American approach to the so-called ‘Israeli-Palestinian conflict’ prior to Trump’s Presidency. The US has never, not even once, stood up for Palestinians or Arabs since the establishment of the State of Israel over the ruins of historic Palestine in 1948. Moreover, Washington has bankrolled the Israeli occupation of Palestine in every possible way, including the subsidizing of the illegal Jewish settlements.

However, Pompeo’s statement at a State Department press conference on November 18 that, “the establishment of Israeli civilian settlements is not, per se, inconsistent with international law,” is still very dangerous and it does, in fact, constitute a political departure from previous US policies. How?

Historically, the US has struggled in its understanding of international law, not because of its lack of legal savvy but because, quite often, US interests clashed with the will of the international community. A recurring case in point is the Israeli occupation of Palestine, where the US has vetoed or voted against numerous United Nations Security Council and General Assembly resolutions that either criticized Israel or supported the rights of the Palestinians.

Only in 1978 did an American Administration dare describe Israeli settlements as “inconsistent with international law”. That declaration took place during Jimmy Carter’s Presidency, when Washington began earnestly fiddling with the “peace process” political model, which eventually led to the signing of the Egypt-Israel Peace Treaty, signed at Camp David in 1979.

“Since then,” Joseph Hincks wrote in Time Magazine online, “Republican and Democratic Presidents have referred to settlements as ‘illegitimate’ but declined to call them illegal—a designation that would make them subject to international sanctions.”

That said, it was Reagan himself—although objecting to the principle of illegality of the settlements—who deemed them to be an “obstacle to peace”, demanding a freeze on all settlement construction.

Obstacle to Peace: The US Role in the Israeli-Palestinian Conflict

“breaks new ground in ways that fundamentally alter our understanding of the conflict and how to resolve it” – Richard A. Falk

Pompeo’s statement is, in fact, compatible with Washington’s self-contradictions regarding the construction of Israel’s illegal settlement in occupied Palestine.

In December 2016, the Barack Obama administration declined to veto a UN Security Council resolution that described the settlements as a “flagrant violation” of international law, adding that they have “no legal validity”.

Although Obama chose to abstain from the vote, that very decision was, itself, seen as a historical departure from traditional US foreign policy-making, further highlighting the US unconditional and, often, blind support for Israel.

While, in some way, the Trump administration’s support for Israel is a continuation of the dismal trajectory of American bias, it is also particularly unique and disturbing.

Previous US administrations attempted to maintain a degree of balance between their own interests and those of Israel. Trump, on the other hand, seems to have aligned his country’s foreign policy regarding Palestine and Israel entirely with that of Israeli Prime Minister, Benjamin Netanyahu, and his right-wing camp.

Indeed, for over two years, the State Department has been giving Israel political carte blanche, agreeing to all of Israel’s demands and expectations and asking for nothing in return. As a result, Washington has accepted Israel’s designation of Jerusalem, including occupied East Jerusalem, as Israel’s “eternal and undivided capital”; agreed to Israel’s sovereignty over the occupied Golan Heights; and actively plotted to dismiss the issue of Palestinian refugees altogether. The latest announcement by Pompeo was but one of many such steps.

One theory regarding the ongoing surrender of US foreign policy to Israel is that Washington is slowly, but permanently, withdrawing from the Middle East, a process that began in the later years of George W. Bush’s presidency and continued unabated throughout the two terms of Obama administration as well. The current succumbing to Israel’s wishes is like America’s departing gift to its most faithful ally in the Middle East.

Another explanation is concerned with the apparently defunct “deal of the century”, a vaguely defined political doctrine that seeks to normalize Israel, regionally and internationally, while keeping the status quo of occupation and Apartheid untouched.

For that deal to be resurrected after months of inertia, Washington is keen to prolong Netanyahu’s premiership, especially as the long-serving Israeli Prime Minister is facing his greatest political challenge and even a possible jail time for various corruption charges.

Currently, Israel is undergoing a political crisis—two general elections within six months, with the possibility of a third election, coupled with a historic socio-economic and political polarization among the people. To keep Netanyahu politically alive, his allies in Washington have thrown him some major lifelines, all in the hope of winning him more support among Israel’s dominant right-wing political camp.

By rendering the illegal settlements “consistent” with international law, Washington is paving the road for Israel to annex all major settlement blocs in the occupied West Bank.

Israel, which was never truly concerned with international law in the first place, urgently required this American nod to move forward with annexing at least 60% of the West Bank.

With the hemorrhaging of US concessions to Israel, Netanyahu is eager for more. Desperate to strengthen his faltering grip on power, the Israeli leader agreed on November 20 to advance a bill that calls for the annexation of the Jordan Valley.

The bill was drafted by a member of the Israeli Likud—Netanyahu’s party—Sharren Haskel, who tweeted following Netanyahu’s decision, that the US announcement was “an opportunity to promote my law for sovereignty in the [Jordan] Valley.”

The US decision to defy international law on settlements is not dangerous because it violates international law, for the latter has hardly been a concern for Washington. The danger lies in the fact that the US foreign policy regarding the Israeli occupation has become a mere rubber stamp, that allows Israel’s extreme right-wing government to single-handedly determine the fate of the Palestinian people and sow the seed of instability and war in the Middle East for many years to come.