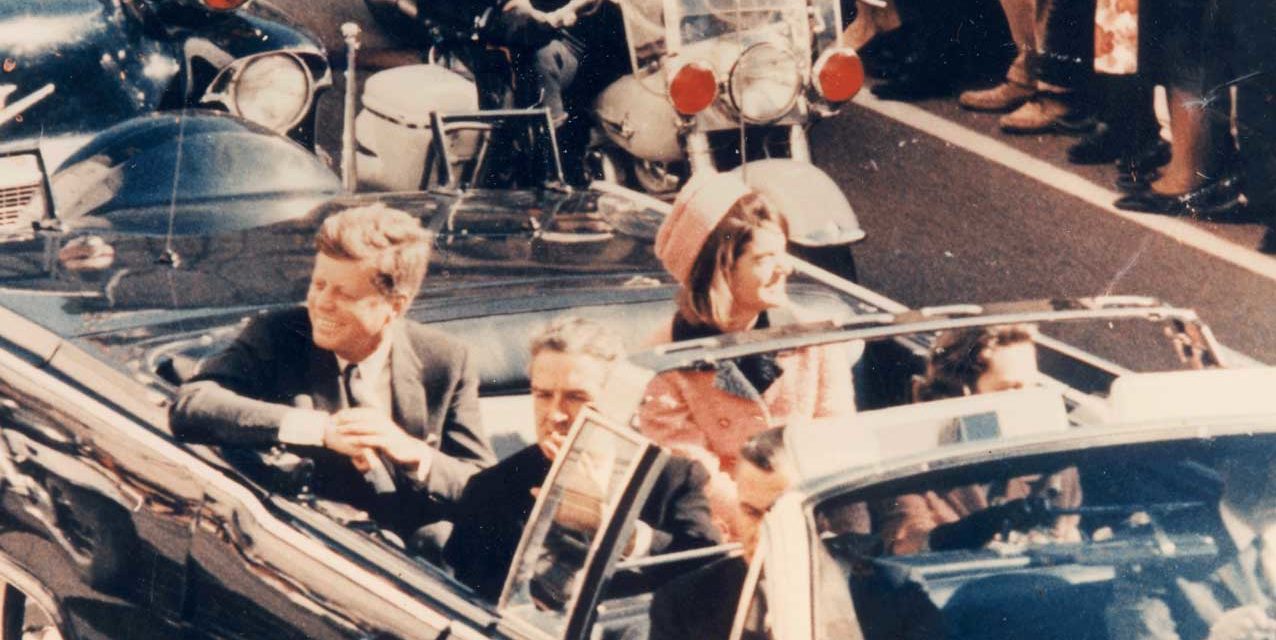 John F. Kennedy just before he was assassinated on November 22, 1963 (Public Domain)

All available evidence points to the CIA and the US Joint Chiefs of Staff, with the cooperation of the Secret Service, as President Kennedy's murderers.

Here is a several years old documentary of 35 minutes summarizing the powerful evidence that the Warran Commission Report on the assassination of President John F. Kennedy is a cover-up.

All available evidence points to the CIA and the US Joint Chiefs of Staff, with the cooperation of the Secret Service, as the murderers of President Kennedy. Fifty-six years after the murder of President Kennedy, the US government still refuses to release the documents that would prove what really happened. Clearly, the truth is being hidden.

As James Jesus Angleton, the head of CIA Counterintelligence told me, when the CIA does a black ops operation, it has a cover story ready that is immediately fed into the media. In this way the CIA controls the explanation. As years past and the cover story wears thin, the agency releases some actual factual information but mixes it with other insinuations that direct focus off into red herrings. This documentary video, which is very revealing for the most part, shows indications of this manipulation. One is the insinuation that Jack Ruby, who killed Oswald inside the Dallas jail, had mafia ties and that the mafia might have been involved. Of course, if the mafia had done it, there would be no reason to keep it secret, much less go to such extensive effort to cover it up. The other is the insinuation that Vice President Lyndon Johnson arranged the murder so that he could become president. This is farfetched, but many believe it. A vice president has no control over the Secret Service, CIA, or military. A vice president who tried to organize such a coup would be arrested. If the CIA and Joint Chiefs want to kill the president, they don’t need the vice president.

During President Kennedy’s term, the Joint Chiefs of Staff were rabid right-wing warmongers who wanted to attack the Soviet Union with hydrogen bombs and conduct a false flag attack on Americans, including shooting down US airliners (the Northwoods Project), in order to build public support for an invasion of Cuba. President Kennedy refused. The Joint Chiefs were also extremely disturbed that Kennedy was working with Krushchev to end the Cold War. The CIA was angry that President Kennedy refused to support their Bay of Pigs invasion of Cuba. The Bay of Pigs invasion failed, because Kennedy refused to provide US Air Force support. The CIA lost its army of Cuban mercenaries. It was also known that Kennedy intended to withdraw US forces from Vietnam after his reelection.

The Warren Commission knew the truth as did Lyndon Johnson, but the belief was that the American people could not be told, because it would cause them to lose confidence in the CIA and US military at the height of the Cold War. Equally important, it would undermine America’s image in the world and serve as a massive boost to communist propaganda. In other words, there were reasons for the coverup of the assassination.

The reason today for continuing the official coverup is to retain control over explanations. Once the American people learn of their massive deceit, they will think twice before they believe any more lies like Saddam Hussein’s weapons of mass destruction, Assad’s use of chemical weapons, Iranian nukes, Russian invasions, and so on. The agendas of the ruling elites are so illegitimate that the American people would never accept them. Therefore, they have to be accomplished under cover of false stories such as the war on terror, Iranian attack on Saudi oil production, Russiagate, and so on.

American democracy is dysfunctional, because the people live in the false reality of controlled explanations. Americans have no idea of what really is going on, and increasingly seem not to care.

This article was originally published at PaulCraigRoberts.org on September 24, 2019.