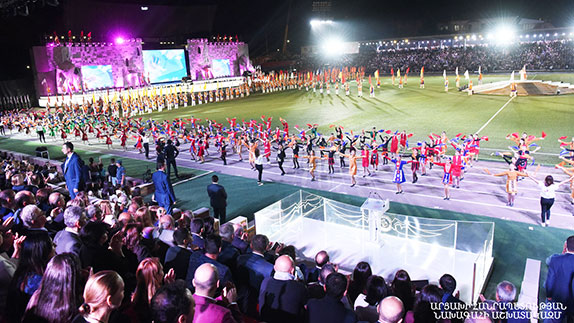 The world should reject anti-Armenian propaganda and join Artsakh in promoting mutual understanding and tolerance between Armenians and Azerbaijanis.

Those ideas and values are at the core of the Pan-Armenian games, which brings together Armenians around the globe to compete in basketball, soccer, tennis, volleyball and so on. The opening ceremony of the 2019 Pan-Armenian games took place this August in the Republic of Artsakh (also referred to as Nagorno Karabakh Republic) – a small country that has defended on a battlefield its right for freedom, and currently moves towards universal recognition of its rights and liberties.

Artsakh is an integral part of historic Armenia. As such Artsakh is mentioned in the works of Strabo, Pliny the Elder, Claudius Ptolemy, Plutarch, Dio Cassius, and other ancient authors. It was severed from Armenia when the Red Army entered the South Caucasus, and the Bolshevik dictator Stalin decided in 1921 to place Artsakh as Armenian autonomy into newly-created Soviet Azerbaijan, as part of the Soviet Union.

The Republic of Artsakh has been proclaimed in 1991 in accordance with the same Soviet legislation that provided sovereignty to all Soviet republics, and has since been developing as a sovereign democracy with open society, effective governance, a strong military and fledgling market-oriented economy. The republic has its own President, Parliament, Cabinet of ministers, capable defense forces and a vibrant civil society. All rounds of presidential, parliamentary and municipal elections were assessed by international observers as free and transparent.

Unfortunately, leadership of the neighboring Azerbaijan – a country that continues to be ranked among the most corrupt and cruel dictatorships on the globe – still refuses to accept Artsakh’s right for freedom, and continues military and political attacks against our young republic. In 1991, and in 2016, Baku launched full-scale military offensives against Artsakh, both times unsuccessfully attempting to ‘solve the problem’ by conquering the republic, and exterminating its entire population.

Long-term anti-Armenian policy by Azerbaijani leaders has led to aggressive public hatred towards everything Armenian. Azeri President Aliyev’s calling Armenians of the world enemy number one; proclaiming Azerbaijani officer Ramil Safarov, who axed to death sleeping Armenian officer Gurgen Margaryan during NATO-sponsored training program in Hungary, a national hero and an example for younger generations; ordering police to stop the UK’s Arsenal soccer club fans merely for wearing shirts with the name of Henrik Mkhitaryan, who is of Armenian descent; threats to knowingly shoot down any civilian plane flying in or our Artsakh – these are just a few in a long row of the displays of Baku’s continued policy of intolerance and ‘armenophobia’.

And these are just a few among many other reasons why the recent article in Foreign Policy Journal by Mr. Giovanne Vincent Romero titled ‘The 2019 Pan-Armenian Games Have Dimmed Prospects for Peace’—in which he argues that by holding sport competitions in Artsakh, Armenians undermined prospects for reconciliation between Armenians and Azerbaijanis—rather raises questions than provides answers.

It is such policy by Azerbaijan, and not a sporting event in Artsakh, that leaves no hope for a comprehensive peaceful solution of the Artsakh-Azerbaijan conflict anytime soon. Nonetheless, Artsakh will continue its constructive involvement with the international community towards security and stability in the South Caucasus. The republic will also continue to strengthen as a free and democratic home for every Armenian.

The attention of Mr. Romero and others, who assume the responsibility to write about this complicated matter, is duly appreciated. We in Artsakh are interested in having international awareness about the true essence of our cause. At the same time, the article by Mr. Romero unfortunately missed important points regarding the conflict, some of which are mentioned above.

Offering opinion with vividly incomplete expertise in the Azerbaijan-Artsakh conflict can become additional tool for the corrupt regime in Baku for manipulation with facts, justification of numerous domestic political and economic shortcomings, and renewed aggression against neighbors.

Instead, every effort should be directed toward stopping anti-Armenian propaganda in Azerbaijan and joining Artsakh in promoting mutual understanding and tolerance between Armenians and Azerbaijanis. Trust, not hatred, is a necessary prerequisite for any lasting peace. 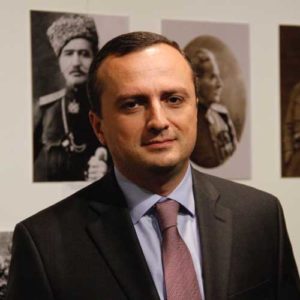 Robert Avetisyan currently serves as Permanent Representative of the Nagorno Karabakh Republic (NKR) to the United States. He holds Bachelor’s degree in philology from the Artsakh State University, and Master’s degree in international affairs from the Fletcher School of Law and Diplomacy, Tufts University. Since 1997, NKR has maintained a representation office in Washington, D.C. The NKR Office is registered with U.S. Government under Foreign Agent Registration Act.