Who Killed Oscar and Valeria: The Inconvenient History of the Refugee Crisis 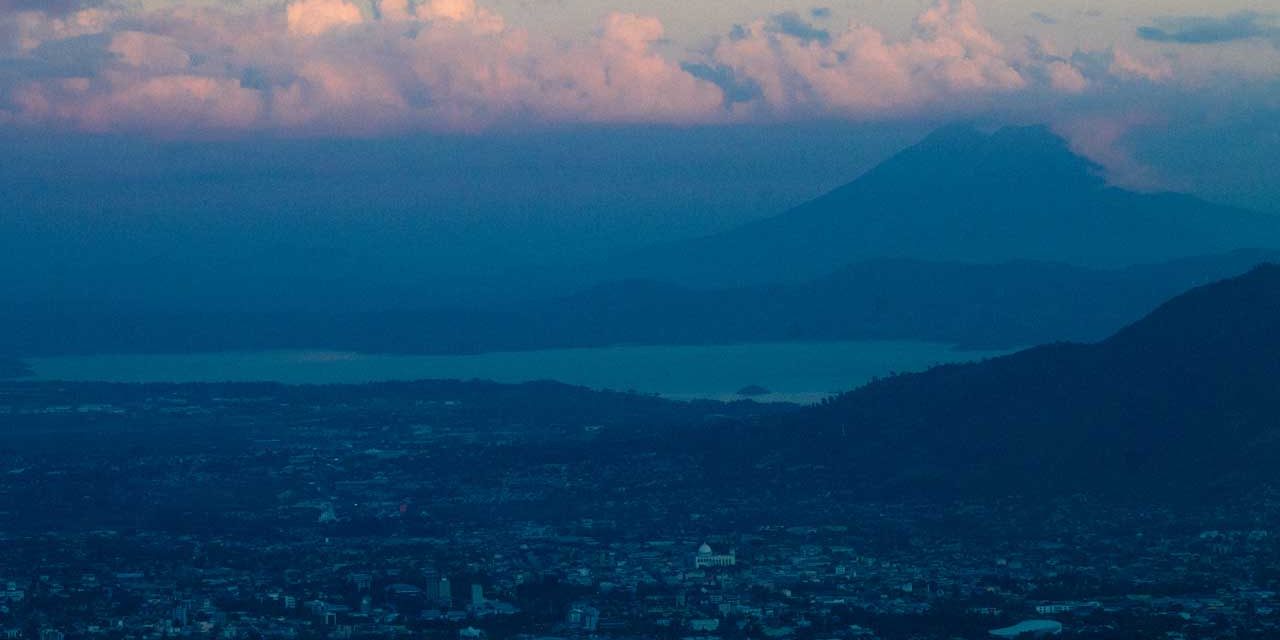 San Salvador, the capital of El Salvador (Alexander Bonilla/CC BY 2.0)

The supposedly random ‘violence’ and drug wars in El Salvador must be seen within the political context of misguided American interventionism.

History never truly retires. Every event of the past, however inconsequential, reverberates throughout and, to an extent, shapes our present, and our future as well

The haunting image of the bodies of Salvadoran father, Oscar Alberto Martinez Ramirez and his daughter, Valeria, who were washed ashore at a riverbank on the Mexico-US border cannot be understood separately from El Salvador’s painful past.

Valeria’s arms were still wrapped around her father’s neck, even as both lay, face down, dead on the Mexican side of the river, ushering the end of their desperate and, ultimately, failed attempt at reaching the US. The little girl was only 23-months-old.

Following the release of the photo, media and political debates in the US focused partly on Donald Trump’s administration’s inhumane treatment of undocumented immigrants. For Democrats, it was a chance at scoring points against Trump, prior to the start of presidential election campaigning. Republicans, naturally, went on the defensive.

Aside from a few alternative media sources, little has been said about the US role in Oscar and Valeria’s deaths, starting with its funding of El Salvador’s “dirty war” in the 1980s. The outcome of that war continues to shape the present, thus the future of that poor South American nation.

Oscar and Valeria were merely escaping ‘violence’ and the drug wars in El Salvador, many US media sources reported, but little was said of the US government’s support of El Salvador’s brutal regimes in the past as they battled Marxist guerrillas. Massive amounts of US military aid was poured into a country that was in urgent need for true democracy, basic human rights, and sustainable economic infrastructure.

Back then, the US “went well beyond remaining largely silent in the face of human-rights abuses in El Salvador,” wrote Raymond Bonner in the Nation. “The State Department and White House often sought to cover up the brutality, to protect the perpetrators of even the most heinous crimes.”

These crimes, included the butchering of 700 innocent people, many of them children, by the US-trained Atlacatl Battalion in the village of El Mozote, in the northeastern part of the country. Leaving El Salvador teetering between organized criminal violence and the status of a failed state, the US continued to use the country as a vassal for its misguided foreign policy to this day. Top US diplomats, like Elliott Abraham, who channeled support to the Salvadoran regime in the 1980s carried on with a successful political career, unhindered.

To understand the tragic death of Oscar and Valeria in any other way would be a dishonest interpretation of a historical tragedy.

The dominant discourse on the growing refugee crisis around the world has been shaped by this deception. Instead of honestly examining the roots of the global refugee crisis, many of us often oscillate between self-gratifying humanitarianism, jingoism or utter indifference. It is as if the story of Oscar and Valeria began the moment they decided to cross a river between Mexico and the US, not decades earlier. Every possible context before that decision is conveniently dropped.

The politics of many countries around the world have been shaped by the debate on refugees, as if basic human rights should be subject to discussion. In Italy, the ever-opportunistic Interior Minister, Matteo Salvini, has successfully shaped a whole national conversation around refugees.

Like other far-right European politicians, Salvini continues to blatantly manipulate collective Italian fear and discontent regarding the state of their economy by framing all of the country’s troubles around the subject of African migrants and refugees. 52% of Italians believe that migrants and refugees are a burden to their country, according to a recent Pew Research Center study.

Those who subscribe to Salvini’s self-serving logic are blinded by far-right rhetoric and outright ignorance. To demonstrate this assertion, one only needs to examine the reality of Italian intervention in Libya, as part of the NATO war on that country in March 2011.

Without a doubt, the war on Libya, justified on the basis of a flawed interpretation of United Nations Resolution 1973, was the main reason behind the surge of refugees and migrants to Italy, en-route to Europe.

According to the Migration Policy Center, prior to the 2011 war, “outward migration was not an issue for the Libyan population.” This changed, following the lethal NATO war on Libya, which pushed the country squarely into the status of failed states.

Between the start of the war on March 19 and June 8, 2011, 422,912 Libyans and 768,372 foreign nationals fled the country, according to the International Organization of Migration (IOM). Many of those refugees sought asylum in Europe. Salvini’s virulent anti-refugee discourse is bereft of any reference to that shameful, self-indicting reality.

In fact, Salvini’s own Lega party was a member of the Italian coalition which took part in NATO’s war on Libya. Not only is Salvini refusing to acknowledge his country’s role in fostering the current refugee crisis, but he is designating as an ‘enemy’ humanitarian NGOs that are active in rescuing stranded refugees and migrants in the Mediterranean Sea.

According to the UN refugee agency (UNHRC), an estimated 2,275 people drowned while attempting to cross to Europe in 2018 alone. Thousands of precious lives, like those of Oscar and Valeria, would have been spared, had NATO not intervened on the pretext of wanting to save lives in Libya in 2011.

Yet, despite the massive influx of refugees, and the obvious logic between political meddling (as in El Salvador) and military intervention (as in Libya), no western government is yet to accept any moral—let alone legal—accountability for the massive human suffering underway.

Italy, France, Britain, and other NATO members who took part in bombing Libya in 2013 are guilty of fueling today’s refugee crisis in the Mediterranean Sea. Similarly, the supposedly random ‘violence’ and drug wars in El Salvador must be seen within the political context of misguided American interventionism. Were it not for such violent interventions, Oscar, Valeria and millions of innocent people would have still been alive today.