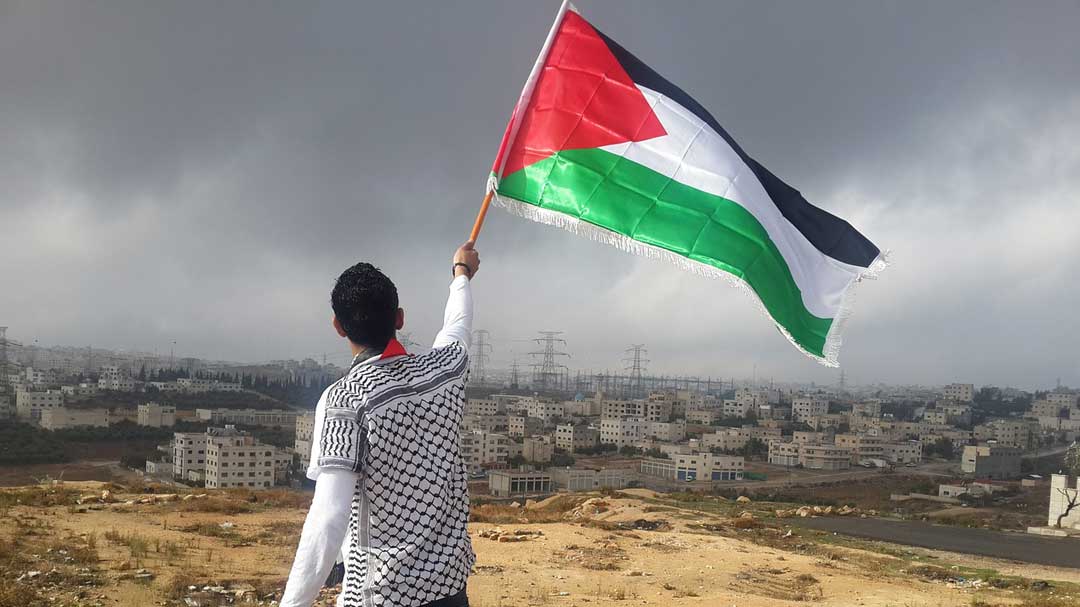 In the end the only question worth pondering is this: what kind of one-state will exist in the formerly mandated territory of Palestine?

The mental processes that infuse zombie geopolitics with political vitality long after their viability has vanished is partly mysterious, and partly a calculated effort to deny a changed reality.  More concretely, I have in mind the afterlife of ‘the two-state solution’ to the long Israel-Palestine confrontation. It retained its status as the only practical solution for years after it became crystal clear to even semi-informed observers that it would never happen.

I remember being disturbed by Barack Obama’s frequent statements along these lines (for example, his 2013 Jerusalem speech). He asserted that everyone knew that the two-state solution was the only path to peace, but just didn’t know to make it happen. This was misleading then as the leading party, Israel, made it clear by its deeds (settlement building and expansion; Jerusalem annexation) and later its words (Netanyahu’s 2014 election promise never to allow a Palestinian state to come into being as long as was prime minister). Recall that even back in 1995, when the true goals of the Zionist Project were more obscure and the golden haze surrounding the Oslo diplomacy had not lifted, Yitzhak Rabin was assassinated for even hinting that such a possibility might become a reality.

How then can we explain the durability of the two-state mantra in the domain of geopolitics? To be fairer to Trump than he deserves, Trump has moved beyond the peace discourse such anachronistic language, and if his ‘deal of the century’ ever sees the light of day, it will be a one-state proposal, although possibly slightly disguised with some two-state window dressing. Yet we are still left to wonder why Scandinavian governments, UN officials, J-Street, and even the Palestinian Authority cleave to the two-state framing of a future diplomatic process supposedly seeking peace.

Review of Richard Falk’s “Palestine’s Horizon: Toward a Just Peace”

A superficial response is that two-statism remains the only game in town, or more accurately, the only officially acknowledged game. A more sensitive answer suggests that the increasingly likely alternative to the two-state consensus is an apartheid Israel one-state solution that seems worse in liberal eyes for Palestine, and in the longer run, even for Israel, than allowing a demilitarized Palestine state to be established.

The most credible response would be to admit the incompatibility of a democratically constituted one-state solution with the reality of a Jewish state, which effectively means the end of the Zionist Project as it has developed since 1947, that is, full participatory equality for Palestinians.

We should not even one hundred years later forget that the colonialist Balfour Declaration in 1917 pledged to the international Zionist movement support for ‘a national home for the Jewish people,’ deliberately avoiding the terminology of ‘a state,’ although not foreclosing such a possibility. The British Cabinet and leadership were deeply divided on this question during the mandate period, and eventually floated the two-state approach as a political compromise to an untenable situation of ethnic tension in Palestine. The Balfour Declaration also promised to protect the rights and circumstances of the non-Jewish communities in Palestine, an empty gesture ignored even before the ink was dry. Of course, the Balfour Declaration is a discredited historical document that has long since been superseded by later developments, but how and with what relevance remains a matter of controversy.

So what does this present situation mean for those seeking to sort out the desired and likely destinies of these two peoples? There seem to be two salient possibilities: either the indefinite prolongation of the existing apartheid ordeal of domination/victimization or some kind of embrace of a one-state outcome. If the latter, there is a second fork in the road: either an apartheid Jewish state or a one secular ethnically neutral state based on human rights and the full equality of its various distinct peoples and religions. The enactment of the Basic Law of the Jewish People in 2018 and the subsequent rejection by the Knesset of a bill affirming the equality of all peoples living within Israel make clear that the political leadership in Israel unequivocally supports the first option. It would appear that the Israeli government is no in the midst of a somewhat covert transition from the uncertainties of indefinite occupation of the Palestinian territories to their territorial incorporation into the sovereign Jewish state of Israel. There remains the possibility of leaving Gaza out in the cold to avoid Gazan resistance activity along with the awkwardness of risking a Palestinian majority population in an enlarged Jewish state. Besides, Gaza is not considered by Zionists to be part of the biblical entitlement claimed as ‘the promised land.’

It seems crucial to recognize an assured result of such a coercive and one-sided Israel ‘solution,’ the real essence of Trump’s approach and Daniel Pipes’ ‘Victory Caucus.’ If actualized such thinking would not bring peace, but at best, yet another oppressive ceasefire. As night follows day such an outcome would sooner or later produce new spirals of armed and nonviolent Palestinian resistance. In this post-colonial world atmosphere a repressed people will continue to resist no matter what the costs, and the Palestinian people have done so for more than 70 years. The Great March of Return showed the world in recent months that the Palestinian political will to resist has not weakened despite the cruel costs imposed by Israeli vindictive and deliberately disproportionate violence at the Gaza fence week after week. Beyond this, the BDS Campaign and other expressions of global solidarity have added to the international weight of Palestinian claims while overseas Zionist unconditional support of Israel throughout the Jewish diaspora, and especially in the United States, is weakening, including dramatically among younger American Jews.

In the end the only question worth pondering is this: what kind of one-state will exist in the territory of Palestine administered between the two world wars by the United Kingdom as the mandate holder?  Will it be a Jewish state that fulfills the Zionist Project? Or will it be a secular state based on human rights and a governing spirit of equality? At least posing the choice in this manner lifts the cloud cover provided by the Zombie maneuvers of the past 20 or more years associated with continued advocacy of long moribund, and never promising, two-state negotiations between the Palestinian Authority and the state of Israel. It would clarify the diplomatic impasse if Mahmoud Abbas and the Ramallah leadership of the Palestinian Authority and Gaza leadership of Hamas could be persuaded to affirm this new realism. It might restore for the Palestinian people respect for the PA and Hamas as legitimate representatives of Palestinian national aspirations, and provide strong incentives for achieving a unified diplomatic Palestinian presence in international venues, including the United Nations.

­This article was originally published at RichardFalk.WordPress.com on January 8, 2019.