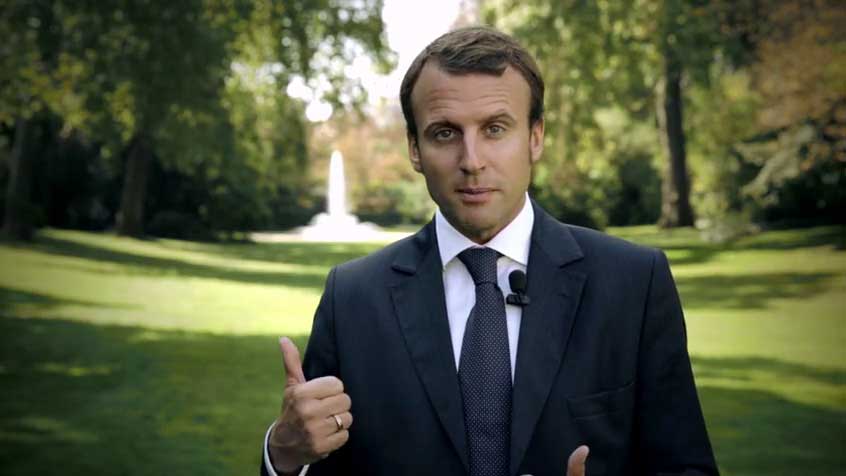 One feature of the new anti-Semitism is its non-response to the well-evidenced allegations of crimes against humanity made by those labeled “anti-Semites”.

I along with many others am being victimized these days. They are being labeled anti-Semites, and in some instances, self-hating Jews as well. This is a Zionist and Israeli effort to shut down our voices and punish our non-violent activism, with special venom directed at the BDS Campaign because it has become so effective in recent years.

This negative branding of the opposition is being called ‘the new anti-Semitism.’

The old anti-Semitism was simply hatred of Jews as expressed through negative images and attitudes, as well as discriminatory practices, persecution, and vigilante violence.

The new anti-Semitism is criticism of Israel and Zionism, and it has been endorsed by governments friendly to Israel and pushed by a variety of prominent Jewish organizations, including some associated with Holocaust survivors and memories.

Emmanuel Macron, President of France, put this pushback by apologists for Israel rather clearly, if in a rather malicious form: “We will never surrender to the expressions of hatred. We will not surrender to anti-Zionism because it is the reinvention of anti-Semitism.”

The false premise is equating Zionism with Jews, automatically making criticism and opposition to the Zionist state of Israel as anti-Semitism.

Already in 2008 the U.S. State Department moved more subtly in a direction similar to that of Macron with this formal statement: “Motives for criticizing Israel in the UN may stem from legitimate concerns over policy or from illegitimate prejudices. […] However, regardless of the intent, disproportionate criticism of Israel as barbaric and unprincipled, and corresponding discriminatory measures adopted in the UN against Israel, have the effect of causing audiences to associate negative attributes with Jews in general, thus fueling anti-Semitism.”

The fallacy here is to view criticism as “disproportionate” without ever considering the realities of Israel’s long record of unlawfulness with regard to the Palestinian people. To those of us who view the reality of Israeli policies and practices have little doubt that the criticisms being advanced, and the pressures being exerted, on in every sense proportionate.

A related argument often made is that Israel is being held to higher standards than other states, and this discloses an anti-Semitic sub-text. Such an argument is disingenuous. It is not a defense to suggest that the criminality of others is more severe. Besides, the U.S. subsidizes Israel to the extent of at least $3.8 billion a year, besides its unconditional backing of its behavior, creating some responsibility to impose limits according with international humanitarian law. As well, the UN contributed to the Palestinian ordeal by failing to implement the partition solution, and allowing for 70 years for millions of Palestinians to be subject to apartheid structures of domination. No other people can so justifiably blame external forces for its own sustained tragedy.

Read Obstacle to Peace: The US Role in the Israeli-Palestinian Conflict by Jeremy R. Hammond, featuring a Foreword by Richard Falk.

In 2014, Noam Chomsky explained the false logic of such an allegation with typical moral and intellectual clarity: “Actually, the locus classicus, the best formulation of this, was by an ambassador to the United Nations, Abba Eban…. He advised the American Jewish community that they had two tasks to perform. One task was to show that criticism of the policy, what he called anti-Zionism — that means actually criticisms of the policy of the state of Israel — were anti-Semitism. That’s the first task. Second task, if the criticism was made by Jews, their task was to show that it’s neurotic self-hatred, needs psychiatric treatment. Then he gave two examples of the latter category. One was I.F. Stone. The other was me. So, we have to be treated for our psychiatric disorders, and non-Jews have to be condemned for anti-Semitism, if they’re critical of the state of Israel. That’s understandable why Israeli propaganda would take this position. I don’t particularly blame Abba Eban for doing what ambassadors are sometimes supposed to do. But we ought to understand that there is no sensible charge. No sensible charge. There’s nothing to respond to. It’s not a form of anti-Semitism. It’s simply criticism of the criminal actions of a state, period.”

One feature of this new anti-Semitism is its non-response to the well-evidenced allegations of crimes against humanity made by those being labeled as anti-Semites. Do these ardent supporters of Israel really carry their sense of impunity to such an extent that silence is allowed to stand as an adequate defense?

Underlying such a denial of the very idea of legal accountability and moral responsibility is this sense of Israeli exceptionalism, an outlook toward international criminal law that it shares with American exceptionalism. Those who adhere to such exceptionalism purport to be outraged even by the implication that such a government might be subject to the norms embedded in the statute of the International Criminal Court or the UN Charter.

Israeli exceptionalism does have its own roots in biblical tradition, especially a secular reading of Jews as ‘the chosen people,’ but really rests on a comfort zone created by the geopolitical umbrella shielding its most law-defying moves from global scrutiny. Illustrative of many such protective actions was the recent UN General Assembly Resolution declaring Israeli steps toward the annexation of the Golan Heights to be null and void, with only Israel and the United States voting ‘no’ against 151 UN members voting ‘yes.’

If we take just a minute to consult international law, we find the issue so obvious as to be unworthy of serious discussion. A cardinal principle of contemporary international law, often affirmed by the UN in other contexts, is the impermissibility of the acquisition of territory by force of arms. There is no dispute that Golan Heights were part of Syrian sovereign territory until the 1967 War, and that Israel acquired control that it has exercised ever since as a result of forcible occupation.

The Ironies of the New New Anti-Semitism

There is an opportunistic irony present. The new anti-Semitism seems to have no trouble embracing Christian Zionists despite their hostility to Jews that is coupled with their fanatical devotion to Israel as a Jewish state.

Anyone who has watched a Christian Zionist briefing knows that their reading of the Book of Revelations involves an interpretation that Jesus will return once all Jews return to Israel and the most holy temple in Jerusalem is restored. Such a process does not end there. Jews then face an ultimatum to convert to Christianity or face eternal damnation. And so there is present among these fanatical friends of Israel a genuine hostility to Jews, both by trying to insist that ending the Jewish diaspora as a matter of religious imperative for Christians, and in the dismal fate that awaits Jews who refuse to convert after The Second Coming.

An illuminating perversity is present. Unlike the new anti-Semites that have no hostility to Jews as people, the Christian Zionists give priority to their enthusiasm for the state of Israel, while being ready to disrupt the lives of diaspora Jews and eventually even Israeli and Zionist Jews.

Maybe it is less perversity than opportunism. Israel has never had any reluctance to support the most oppressive and dictatorial leaders of foreign countries provided they buy arms and do not adopt an anti-Israeli diplomacy. Netanyahu’s congratulatory message to Jair Bolsonaro the newly elected leader of Brazil is but the most recent instance, and Israel received a quick reward by an announcement of a decision to join the United States in moving its embassy to Jerusalem.

For abundant documentation see the important book by Jeff Halper, War Against the People: Israel, the Palestinians and Global Pacification (2015).

Against such a background, we need a descriptive term that identifies this phenomenon and rejects its insidious claims. I am here proposing the inelegant label ‘the new new anti-Semitism.’ The idea of such a label is to suggest that it is the new anti-Semites not the critics and activists critical of Israel that are the real bearers of hatred toward Jews as Jews.

Two kinds of arguments are contained in this pushback against the campaign seeking to discredit or even criminalize the ‘new anti-Semites.’ First, it deflects criticism from the persistence of an alarming reality, the continuing ordeal of apartheid imposed on all the Palestinian people as a whole, which should become the salient concern for all who wish the best for humanity.

Secondly, it deliberately or unwittingly diverts attention from, and confuses, objections to real anti-Semitism by accepting on behalf of the state of Israel the embrace of Christian Zionists (and evangelicals) along with that of fascist leaders who preach messages of ethnic hatred.

To conclude, we who are attacked as new anti-Semites are really trying to honor our human identity, and to reject tribalist loyalties or geopolitical alignments, in our commitment to the realization of Palestinian rights, above all their right of self-determination.

As Jews to hold Israel accountable under standards that were used to condemn Nazi surviving political and military leaders is to honor the legacy of the Holocaust, not to defile it.

In contrast, when Israel sells weapons and offers counterinsurgency training to fascist led governments around the world or remains ready to accept post-Khashoggi Saudi Arabia as a valued ally, it obscures the evil nature of the Holocaust in ways that could haunt Israel and even diaspora Jews in the future.

This article was originally published at RichardFalk.WordPress.com on November 18, 2018.