It Is a New Era, But China’s Balancing Act Will Fail in the Middle East 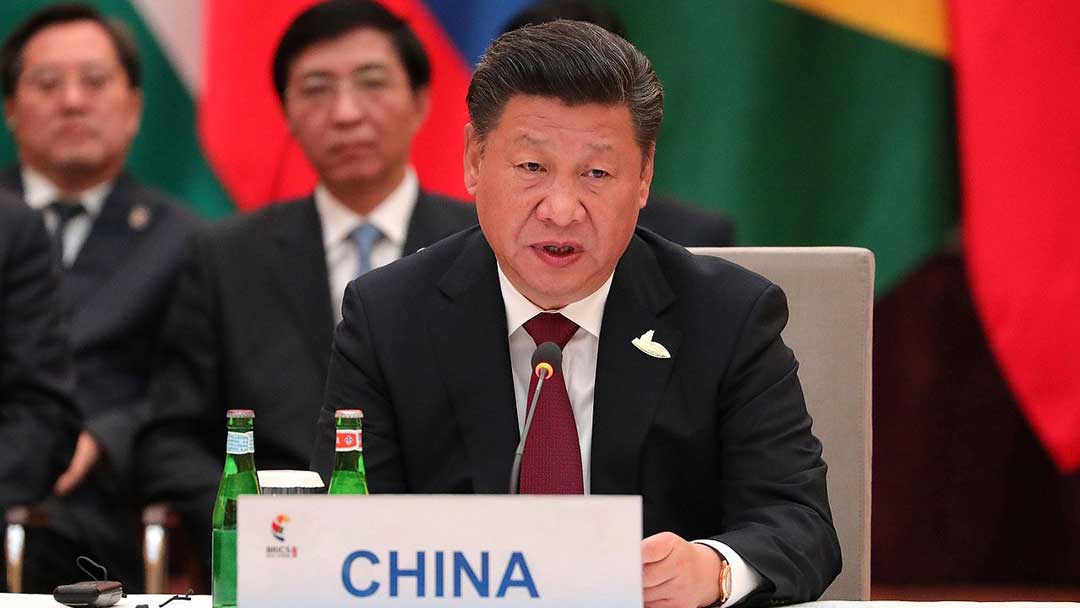 China’s policymakers mistakenly assume that their country can be pro-Palestine and pro-Israel at once, criticizing the occupation while also sustaining it.

Although ties between Washington and Tel Aviv are stronger than ever, Israeli leaders are aware of a vastly changing political landscape. The US’ own political turmoil and the global power realignment—which is on full display in the Middle East—indicate that a new era is, indeed, in the making.

China’s Vice President, Wang Qishan, arrived in Israel on October 22 on a four-day visit to head the fourth China-Israel Innovation Committee. He is the highest-ranking Chinese official to visit Israel in nearly two decades.

In April 2000, the former president of China, Jiang Zemin, was the first Chinese leader to ever visit Israel, touring the Yad Vashem Holocaust Museum and paying diplomatic dues to his Israeli counterparts. At the time, he spoke of China’s intentions to cement the bond between the two countries.

Wang Qishan’s visit, however, is different. The “bond” between Beijing and Tel Aviv is much stronger now than it was then, as expressed in sheer numbers. Soon after the two countries exchanged diplomatic missions in 1992, trade figures soared. The size of Chinese investments in Israel also grew exponentially, from $50m in the early 1990s to a whopping $16.5bn according to 2016 estimates.

China’s growing investments and strategic ties to Israel are predicated on both countries’ keen interest in technological innovation, as well as on the so-called “Red-Med” Railway, a regional network of sea and rail infrastructure aimed at connecting China with Europe via Asia and the Middle East. Additionally, the railway would also link the two Israeli ports of Eilat and Ashdod.

News of China’s plan to manage the Israeli port of Haifa has already raised the ire of the US and its European allies.

Times have changed, indeed. Whereas in the past, Washington ordered Tel Aviv to immediately cease exchanging American military technology with China, forcing it to cancel the sale of the Phalcon airborne early-warning system, it is now watching as Israeli and Chinese leaders are managing the dawn of a new political era that—for the first time—does not include Washington.

For China, the newfound love for Israel is part of a larger global strategy that can be considered the jewel of China’s revitalized foreign policy.

Qishan’s visit to Israel comes on the heels of accelerated efforts by Beijing to promote its mammoth trillion-dollar economic project, the Belt and Road Initiative (BRI).

China hopes that its grand plan will help it open massive new opportunities across the world and eventually guarantee its dominance in various regions that rotated, since World War II, within an American sphere of influence. BRI aims to connect Asia, Africa, and Europe through a “belt” of overland routes and a maritime “road” of sea lanes.

The China-US competition is heating up. Washington wants to hold on to its global dominance for as long as possible while Beijing is eagerly working to supplant the US’ superpower status, first in Asia, then in Africa and the Middle East. The Chinese strategy in achieving its objectives is quite clear: unlike the US’ disproportionate investments in military power, China is keen on winning its coveted status, at least for the time being, using soft power only.

The Middle East, however, is richer and, thus, more strategic and contested than any other region in the world. Rife with conflicts and distinct political camps, it is likely to derail China’s soft power strategy sooner rather than later. While Chinese foreign policy managed to survive the polarizing war in Syria through engaging all sides and playing second to Russia’s leading role at the UN Security Council, the Israeli Occupation of Palestine is a whole different political challenge.

For years, China has maintained a consistent position in support of the Palestinian people, calling for an end to the Israeli Occupation and for the establishment of an independent Palestinian state. However, Beijing’s firm position regarding the rights of Palestinians, seems of little consequence to its relationship with Israel, as joint technological ventures, trade and investments continue to grow unhindered.

China’s foreign policymakers operate with the mistaken assumption that their country can be pro-Palestine and pro-Israel at once, criticizing the Occupation, yet sustaining it; calling on Israel to respect international law while at the same time empowering Israel, however unwittingly, in its ongoing violations of Palestinian human rights.

Israeli hasbara has perfected the art of political acrobats, and finding the balance between US-western discourse and a Chinese one should not be too arduous a task.

Indeed, it seems that the oft-repeated cliché of Israel being “the only democracy in the Middle East”, is being slightly adjusted to meet the expectations of a fledgling superpower, which is merely interested in technology, trade and investments. Israeli leaders want China and its investors to think of Israel as the only stable economy in the Middle East.

With the Palestinian struggle for freedom and human rights capturing international attention through the rise of the Boycott, Divestment and Sanctions (BDS) movement, more and more countries are under pressure to articulate a clear stance on the Israeli Occupation and apartheid.

For China to enter the fray with an indecisive and self-serving strategy is not just morally objectionable, but strategically unsustainable as well. The Palestinian and Arab peoples are hardly interested in swapping American military dominance with Chinese economic hegemony that does little to change or, at least challenge, the prevailing status quo.

Sadly, while Beijing and Tel Aviv labor to strike the needed balance between foreign policies and economic interests, China finds itself under no particular obligation to side with a well-defined Arab position on Palestine, simply because the latter does not exist. The political division of Arab countries and the wars in Syria and elsewhere have pushed Palestine down from being a top Arab priority into some strange bargain involving “regional peace” as part of Trump’s so-called “Deal of the Century”.

This painful reality has weakened Palestine’s position in China, which, at least for now, values its relationship with Israel at a higher level than its historical bond with Palestine and the Arab people.

This article was originally published at RamzyBaroud.net on October 31, 2018.