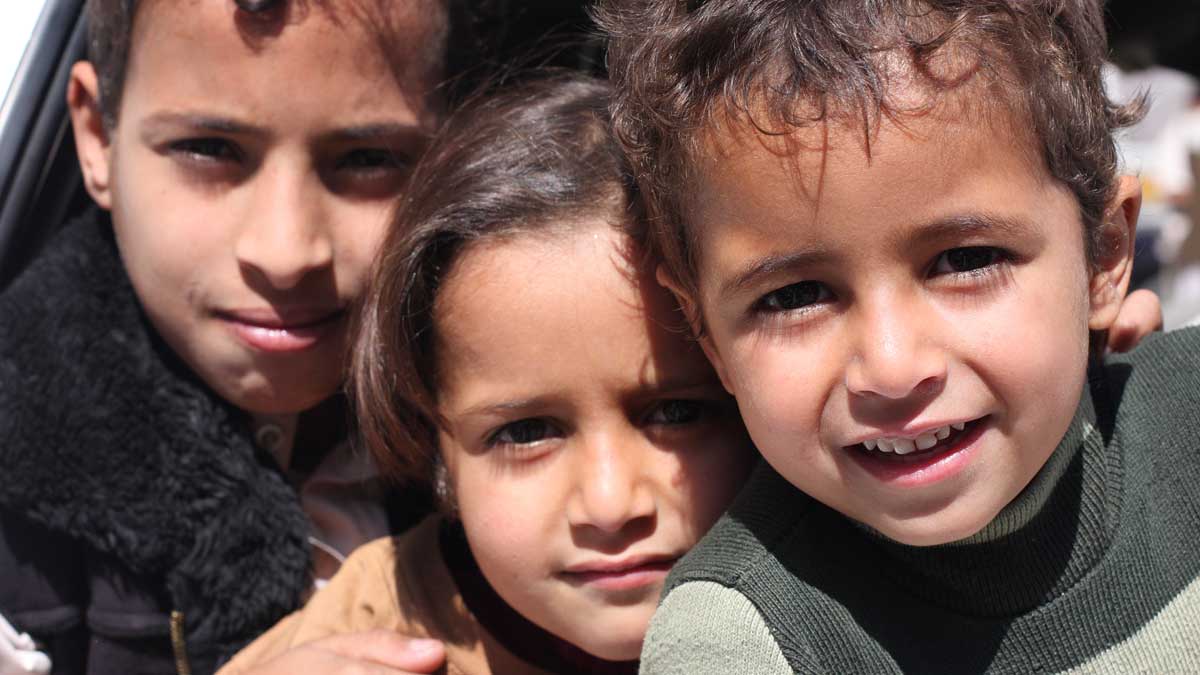 Max Fisher in the New York Times purports to explain why thousands of dead Yemenis haven't sparked US outrage. Instead, he goes out of his way not to.

The New York Times last week published an article by Max Fisher, who writes for the newspaper’s “The Interpreter”­ column, titled “How One Journalist’s Death Provoked a Backlash That Thousands Dead in Yemen Did Not”.

In it, Fisher purports to explain for us why the evident murder of Saudi dissident journalist Jamal Khashoggi at the hands of the Saudi government has sparked so much outrage while years of the Saudi’s US-backed war on the people of Yemen has been met with relative silence.

Instead, he bends over backwards to avoid comprehending the reason.

In feigning to answer the question, Fisher says that it “reveals many of the most enduring truths of alliance politics, group psychology and perceptions of morality.”

He argues that it’s because, as Stalin is reported to have once quipped, “The death of one person is a tragedy, but the death of one million is a statistic.”

But as Donald Johnson incisively observes at Mondoweiss:

So the New York Times is making it all about the inability of well-intentioned Westerners including themselves to wrap their heads around large numbers of dead children. Except they had no difficulty doing this with Syria when Assad and Putin were bombing Syrian cities.

Obviously, there must be some other criteria to explain the relative silence about the US-supported murder of Yemeni civilians!

It is simple and obvious, but Fisher refuses to see it. And that’s the enlightening thing about his article.

Midway, Fisher reiterates the question thus: “How is any individual American, even one in government, to process thousands of cholera cases provoked by Saudi-led measures in Yemen — particularly when the United States assisted those measures?”

To Fisher, understanding the deaths of thousands of Yemenis “on an intellectual level is difficult”, and understanding it “on an emotional level may simply be beyond us.” Whereas Khashoggi’s murder “is different” because it’s “relatable”.

Because he was “educated”. He was a “globe-traveling journalist”. More enlighteningly, “His columns for The Washington Post made him an unofficial member of the intellectual elite, a club of which many Washingtonians consider themselves members.”

So really what Max Fisher is telling us is that it’s not really that the American people don’t care about dead Yemeni children. It’s just what Americans know about it is information that goes through the filters of the mainstream media and the American intelligentsia.

What Americans know about it is what people like Max Fisher tell them.

So why all the focus on the killing of one journalist and the relative silence about the US-backed murder of thousands?

We can read between the lines. To the American “intellectual elite”, the murder of one of their own has meaning and significance. But the US government’s complicity in the murder of Yemeni children has little to none. The numbers of dead Yemeni civilians is, by Fisher’s own characterization, nothing more than a statistic. And yet, as Donald Johnson has observed, dead Syrian children have not been treated by the US government and media as mere statistics.

So what is the distinguishing criteria explaining the silence about dead Yemeni children from the outrage over dead Syrian children?

The answer is staring Max Fisher right in the face, but he somehow manages to write a 1,300 word article about it without ever getting to it. It was clearly elucidated by Edward Herman and Noam Chomsky in their 1988 book Manufacturing Consent: The Political Economy of the Mass Media. So here it is:

Using a propaganda model, we would not only anticipate definitions of worth based on utility, and dichotomous attention based on the same criterion, we would also expect the news stories about worthy and unworthy victims (or enemy and friendly states) to differ in quality. That is, we would expect official sources of the United States and its client regimes to be used heavily-and uncritically-in connection with one’s own abuses and those of friendly governments, while refugees and other dissident sources will be used in dealing with enemies. We would anticipate the uncritical acceptance of certain premises in dealing with self and friends-such as that one’s own state and leaders seek peace and democracy, oppose terrorism, and tell the truth-premises which will not be applied in treating enemy states. We would expect different criteria of evaluation to be employed, so that what is villainy in enemy states will be presented as an incidental background fact in the case of oneself and friends. What is on the agenda in treating one case will be off the agenda in discussing the other. We would also expect great investigatory zeal in the search for enemy villainy and the responsibility of high officials for abuses in enemy states, but diminished enterprise in examining such matters in connection with one’s own and friendly states.

The quality of coverage should also be displayed more directly and crudely in placement, headlining, word usage, and other modes of mobilizing interest and outrage. In the opinion columns, we would anticipate sharp restraints on the range of opinion allowed expression. Our hypothesis is that worthy victims will be featured prominently and dramatically, that they will be humanized, and that their victimization will receive the detail and context in story construction that will generate reader interest and sympathetic emotion. In contrast, unworthy victims will merit only slight detail, minimal humanization, and little context that will excite and enrage….

In sum, a propaganda approach to media coverage suggests a systematic and highly political dichotomization in news coverage based on serviceability to important domestic power interests. This should be observable in dichotomized choices of story and in the volume and quality of coverage… such dichotomization in the mass media is massive and systematic: not only are choices for publicity and suppression comprehensible in terms of system advantage, but the modes of handling favored and inconvenient materials (placement, tone, context, fullness of treatment) differ in ways that serve political ends.

So there you have it.

And that also explains how Max Fisher could write a 1,300 word article for the New York Times without ever providing a valid explanation for how the death of one journalist could spark so much outrage while the deaths of thousands of Yemeni civilians has failed to.

In short: The death of the journalist was unapproved by Washington.

That is the key difference.

And the mainstream media serve the function of manufacturing consent for US government policies, so the approved killings naturally spark no great outrage from the Washington Club or the rest of the intellectual elite.

That is the distinguishing criteria.

And Max Fisher, by feigning to rationalize it while going to such great lengths to avoid pointing this out to the American people, is simply fulfilling his own function as a state propagandist.

For more examples of how he serves this role, see my following articles:

This article was originally published at JeremyRHammond.com.