Kavanaugh Confirmation: There Was No Debate When We Needed One 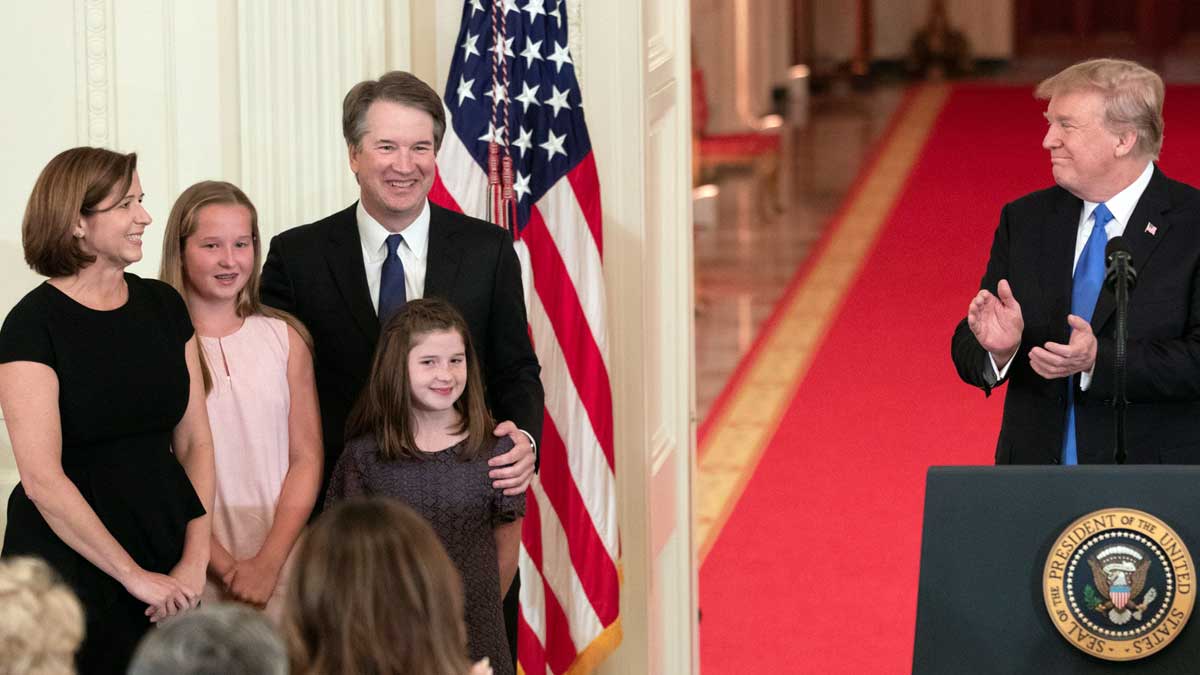 The Democrats and their feminist allies failed the country in their approach to the Kavanaugh hearing.

Instead of finding out whether Kavanaugh believes in the unitary executive theory that the president has powers unaccountable to Congress and the Judiciary and agrees that a Justice Department underling, a Korean immigrant, can write secret memos that permit the president to violate the US Constitution, US statutory law, and international treaties, the Democrats’ entire focus was on a vague and unsubstantiated accusation that Kavanaugh when 17 years old and under the influence of alcohol tussled fully clothed with a fully clothed 15 year old girl in a bed at an unchaperoned house party.

Feminists turned this vague accusation missing in crucial details into “rape,” with a crazed feminist Georgetown University professor declaring Kavanaugh to be “a serial rapist” who along with the Senate Judiciary Committee’s male members should be given agonizing deaths and then castrated and fed to swine.

A presstitute at USA Today suggested that Kavanaugh was a pedophile and should not be allowed to coach his daughter’s sports team. On the basis of nothing real, a Supreme Court nominee’s reputation was squandered.

There are important issues before the United States having to do with the very soul of the country. They involve constitutional and separation of powers constraints on executive branch powers and the protection of US civil liberty.

Important books, such as Charlie Savage’s Takeover have been written about the Cheney-Bush successful assault on the principle that the president is accountable under law.

Can the executive branch torture despite domestic and international laws against torture?

Can the executive branch spy on citizens without warrants and cause, despite laws and constitutional prohibitions to the contrary?

Can the executive branch detain citizens indefinitely despite habeas corpus, despite the US Constitution’s prohibition?

Can the executive branch kill US citizens without due process of law, despite the US Constitution’s prohibition?

And it wasn’t just the RadFem harpies. It was the entire liberal/progressive/left which has discredited itself even more than the crazed feminist Georgetown University professor, who, by the way, unlike what would have been required of a heterosexual male, did not have to apologize and was not fired as a male would have been.

There is now a “funding platform” endorsed by liberal/progressive/left websites that claims to have raised $3 million to unseat Senator Susan Collins for voting, after hearing all the scant evidence, to confirm Kavanaugh. Websites such as Commondreams, CounterPunch, OpEdNews are losing their credibility as they mire themselves in divisive Identity Politics in which everyone is innocent except the white heterosexual male. Precisely at the time when Trump’s capture by the Zionist neoconservative warmongers needs protests and opposition as the US is being driven to war with Iran, Russia, and China, there is no opposition as the United States dissolves into the hatreds spawned by Identity Politics.

To see how absurd the RadFem/liberal/progressive/left is, let’s assume that the vague, unsubstantiated accusation that is 30 to 40 years late against Kavanaugh is true. Let’s assume that the encounter of bed tussling occurred. If rape was the intention, why wasn’t she raped? I suggest a likely scenario. There is an unchaperoned house party. Alcohol is present. The accuser admits to drinking beer with boys in a house with access to bedrooms. The accused assumes, which would have been a normal assumption in the 1980s, that the girl is available. Otherwise, why is she there? So he tries her, and she is not. So he gives up and lets her go. How is this a serious sexual offense?

Even if the accused had persisted and raped his accuser, how does this crime compare to the enormous extraordinary horrific crimes against humanity resulting in the destruction in whole or part of eight countries and millions of human beings during the Clinton, Cheney-Bush, Obama, and Trump regimes?

There has been no accountability for these obvious and undeniable crimes. Why are not feminists and presidents of Catholic Universities such as Georgetown and Catholic University in Washington, and the Democratic members of the Senate Judiciary Committee, and the US media, and the liberal/progressive/left websites concerned about real crimes instead of make-believe ones? What has happened to our country that nothing that really matters ever becomes part of public notice?

US administrations have not only murdered, maimed, orphaned, and dislocated millions of totally innocent human beings, but also the evil and corrupt US government, protected by the presstitute media, which is devoid of character and integrity, has tortured in violation of United States law hundreds of innocents sold to it under the US bounty system in Afghanistan, when the Cheney-Bush regime desperately needed “terrorists” to justify its war based on nothing but its lies.

All sorts of totally innocent people were tortured by sadistic US government personnel who delighted in making people under their power suffer. These were unprotected people picked up by war lords in response to Washington’s offer of a bounty for “terrorists” and sold to the Americans. The victims included aid workers, traveling salesmen, unprotected visitors, and others who lacked protection from being misrepresented as “terrorists” in order to be sold for $5,000 so that Dick Cheney and the criminal Zionist neocons would have some “terrorists” to show to justify their war crime.

The utterly corrupt US media was very reticent about telling Americans that close to 100% of the “world’s most dangerous terrorists,” in the words of the criminal US Secretary of Defense Donald Rumsfeld, were released as innocent of all charges after undergoing years of torture and abuse and having their lives and the lives of their families ruined by their totally unjust incarcerations—incarcerations that were totally illegal under all known laws.

Dear reader, don’t you think that these crimes are a million times worse that a drunk teenage Kavanaugh tussling on a bed with Christine Ford, assuming it really happened, and refraining from raping her? If you don’t, you are an idiot, and I despise you for your stupidity and total absence of moral conscience.

This article was originally published at PaulCraigRoberts.org on October 6, 2018.