Can Russia Survive Her “Partnerships”? Has Putin Made A Strategic Miscalculation? 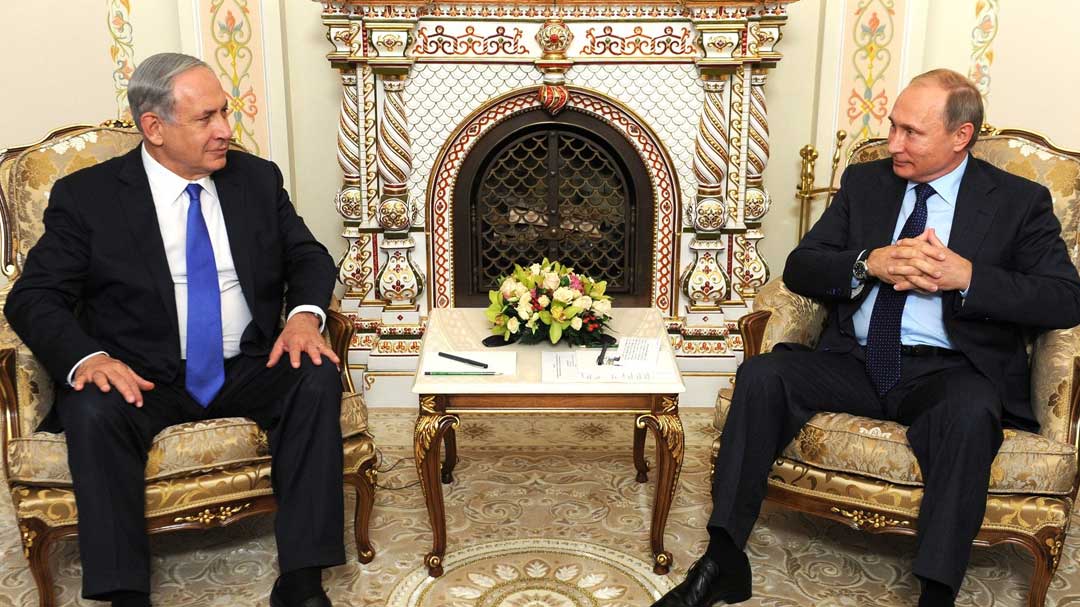 Russia’s inability to stand firm in the face of Western and Israeli aggression will be the principal cause of World War III.

In an act of intentional deception, Israel used a Russian airplane to cloak an Israeli attack on a Syrian ground position, with the consequence that Syrian air defense missiles downed the Russian airplane with the loss of 15 Russian military lives.

In the words of the Russian Ministry of Defense: “The Israeli pilots used the Russian plane as cover and set it up to be targeted by the Syrian air defense forces. As a consequence, the Il-20, which has radar cross-section much larger than the [Israeli] F-16, was shot down by an S-200 system missile.”

Russian Defense Minister Shoigu said: “The blame for the downing of the Russian plane and the deaths of its crew members lies squarely on the Israeli side. The actions of the Israeli military were not in keeping with the spirit of the Russian-Israeli partnership, so we reserve the right to respond.”

For a few minutes it looked like Israel was finally to be held accountable for its reckless and irresponsible actions, but it was not to be. Russian President Putin contradicted his Defense Minister by declaring the loss of Russian lives to be “accidental,” a result of a “chain of tragic circumstances.”

One wonders how Israel does it. President Putin covered up for Israel’s destruction of the Russian IL-20 just as President Johnson covered up for Israel’s murderous attack on the USS Liberty that resulted in 208 US Navy casualties. As Israel gets away with everything, including routine massacres of unarmed Palestinian women and children, there is no reason to expect Israel to change its behavior.

Putin, however, might have to change his behavior or go to full-scale war. I have long admired and defended Putin’s refusal to escalate conflict by refusing to reply to provocation with provocation. Putin understands that he is dealing with irrationality both in Washington and the West generally and in Israel. He doesn’t want to see this irrationality erupt in nuclear war. Everyone should admire Putin for his rectitude. Nevertheless, when dealing with bullies, which is what Washington and Israel are, there is a downside to Putin’s policy of turning the other cheek. Acceptance of provocations and insults leads to more provocations and insults.

Although this is history’s lesson, I learned it from the American TV program, Kung Fu, about a Shaolin priest, Caine, on the American western frontier during the 1800s who ignores provocations until he has no alternative but to fight.

This is what Putin is doing. Putin’s disinclination to fight encouraged “Russia’s partner” Netanyahu to demonstrate that Israel has the same power over Russia that Israel has over the US. Netanyahu wasn’t the least bit fearful of sacrificing 15 Russian lives in order to successfully attack a Syrian site. Netanyahu knew that only Putin would suffer any adverse consequences.

The consequences for Putin are serious. Russian nationalists, as opposed to the pro-American Atlanticist Integrationists, are angry that Putin will not defend Russia’s honor. The Russian military is incensed that Putin, for Israel’s sake, cut the legs off of the beloved Defense Minister. According to some reports that I cannot verify, confidence in Putin is eroding as Russians hear from the Jewish controlled elements of the Russian media that Putin, by deflecting the murderous incident, is strengthening the Russian-Israeli relationship. One Internet site actually has the headline: “Putin to Powers Attacking Syria: Please Keep Getting My Soldiers Killed, I Won’t Do Anything About It.”

The consequences for Putin and for Syria could be worse than serious. Putin had just called off the announced Russian/Syrian liberation of Idlib province from the terrorists, euphemistically called “the Syrian opposition” by the Russian government, in a concession to Turkey’s President Erdogan, who also shot down a Russian aircraft. What does this tell Washington and its well-paid terrorist allies?

It tells them that Russia is easily stymied and that Idlib is secure in Washington’s hands while forces there are built up for a renewal of the effort to turn Syria, like Libya, like Iraq, like Yemen, like Somalia, into a wasteland.

Israel wants Syria as a wasteland, like Iraq, and intends to produce that outcome in Iran as well. Israel wants the water resources of southern Lebanon, but the Hezbollah militia, supported and supplied by Syria and Iran, is in the way. Twice the Israeli Army sent to occupy southern Lebanon was defeated and driven out by Hezbollah. Israel cannot risk a third defeat, so Israel uses its American puppet. Indeed, the only reason Washington has been at war in the Middle East for the entirety of the 21st century is because Washington is serving Israel’s agenda.

It is difficult to believe that the Russian government is so poorly advised that it does not understand this. The “Russian-Israeli partnership” described by Russian Defense Minister Shoigu can be based on nothing other than Russian ignorance. The two countries have totally different agendas in the Middle East. Israel is attempting to use Washington to eliminate governments independent of Washington’s Israeli-directed foreign policy in the Middle East as these governments are a constraint on Israeli expansion. Russia is attempting to prevent the spread of the US-supported jihadists to Russia’s borders, or so I think or thought.

My understanding, however, is being challenged. I am contradicted by Russian nationalists who maintain that Putin, misunderstanding that the jihadists terrorists are an American organized and supported force, went into Syria in order to show his solidarity with “America’s war against terrorism.” I find it difficult to believe that Putin, even surrounded by American-worshipping Atlanticist Integrationists, could possibly be this misinformed. But who knows? When did the US last have an informed president? Informed by the real facts, not by the special interests whispering into his ear.

I am concerned that Putin, by giving in to Turkey, by covering up for Israel, by calling off the liberation of Idlib province, and by his previous non-responses has set himself up for his next test, which could be in Ukraine. By his refusal to accept the breakaway Russian republics of Donetsk and Luhansk back into Russia where they belong, Putin has allowed this sore to fester. Washington has used the opportunity to arm its Ukrainian puppet and is betting that Putin will refuse to defend the breakaway Russians just as he refused to defend the Russian military from Israel in Syria.

Sooner or later Putin is going to find himself in the identical position as Caine. He will have to fight or surrender. By waiting Putin guarantees that provocations will increase in intensity until there is no alternative to putting the Russian foot down in a major way. Thus, the avoidance of conflict guarantees the conflict, but a larger, more dangerous one.

I was astonished to read that the Russian Defense Minister spoke of a “Russian-Israeli partnership.” I was even more astonished to learn that Russia, which has been engaged for some years in the liberation of Syria from Western supported terrorists, permits Israel and France to attack Syria. Russia can wipe Israel and France off the face of the earth in a few minutes with zero cost to Russia, but Russia accepts constraints and defeats from insignificant military powers.

The Russian military reports that, at the same time the Russian aircraft was destroyed by Israeli deception, missiles were fired from the French frigate FS Auvergne, apparently at the same target in Syria’s Latakia province that were struck by the Israeli aircraft. What sense does it make that Russia, poised, or formerly poised before capitulation, intent on liberating one province to allow Israeli and French attacks on another Syrian province?

In my opinion, Russia’s inability to stand firm in the face of Western and Israeli aggression will be the principal cause of World War Three in which we will all die and the planet as well.

This article was originally published at PaulCraigRoberts.org on September 18, 2018.