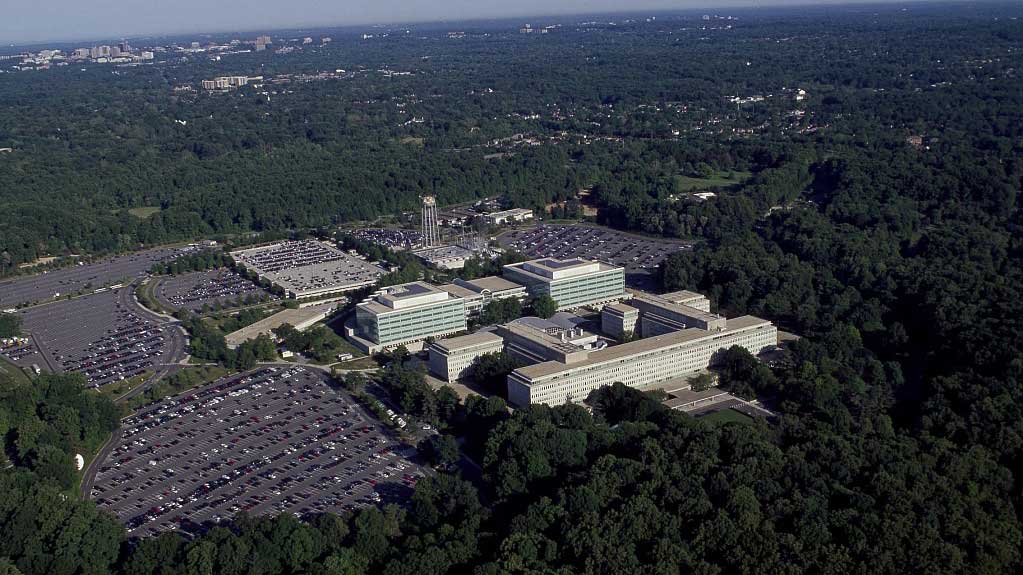 The military/security complex wants to impeach Trump because he wants peace with Russia, thus taking away the essential enemy that justifies their budget and power.

In the 1950s and 1960s the United States was a vibrant society. Upward mobility was strong, and the middle class expanded. During the 1970s the internal contradiction in Keynesian demand management resulted in stagflation. Reagan’s supply-side economic policy cured that. With a sound economy under him, Reagan was able to pressure the Soviet government, which was unable to solve its economic problem, to negotiate the end of the Cold War.

This happy development was not welcomed by powerful forces, both in the US and Soviet Union. In the US the powerful military/security complex was unhappy about losing the Soviet Threat, under the auspices of which its budget and power had soared. Right-wing superpatriot conservatives accused Reagan of selling out America by trusting the Soviets. The American rightwing portrayed President Reagan as the grade-two movie actor dupe of “cunning communists.”

With communism departed, the Russians forgot all of Marx’s lessons about capitalism and naively concluded that we were all now friends. The Yeltsin government opened to American advice and, by naively accepting American advice, Russia was looted and reduced to penury. Russia under Yeltsin became an American puppet state, and the Russian people paid for it with a great reduction in their living standard.

The collapse of the Soviet Union is usually attributed to Reagan and represented as one of his victories. This is a fabrication. I was in Reagan’s government, both as Assistant Secretary of the Treasury and afterward as a member of a secret Presidential Committee with subpoena power over the CIA. Reagan told us many times that his purpose was not to win the Cold War but to end it.

He told everyone involved that all respect had to be shown to the Soviets as the purpose was to end the threat of nuclear war, not to have an insulting triumphal victory.

Unfortunately, the trust Reagan established with the Russians was betrayed by the corrupt and criminal Clinton, George W. Bush, and Obama regimes. Because of these utterly corrupt regimes, today the distrust between the US and Russia is far higher than ever existed during the long decades of the Cold War. What the criminal Clinton, Bush, and Obama regimes did was to resurrect the possibility of nuclear war that Reagan and Gorbachev had terminated.

As I have explained at length and as all available evidence supports, the attack on Trump rests on an orchestration called “Russiagate,” for which no evidence exists, an orchestration concocted by John Brennan, James Comey, Clapper, Rod Rosenstein, Mueller, and the Democratic National Committee. The transparent lies on which “Russiagate” is based are repeated continually by the presstitute media in an effort to create in the public mind a case for the removal of Trump from the Oval Office.

Mueller is part of the plot against Trump as is Rosenstein, the deputy attorney general who appointed Mueller special prosecutor. Both are guilty of sedition as they are active participants in an organized coup to overthrow the President of the United States. But Trump is too powerless to have them arrested and put on trial for the conspiracy against democracy that they are conducting. President Trump is making a terminable mistake in trusting to facts and truth, neither of which is respected in the scant remains of Western Civilization.

Once there was hope that information available on the Internet would serve as a countervailing power to the lies told by the print, TV, and NPR presstitutes. But this was a vain hope. There are some good and reliable websites, increasingly being closed down by the ruling elite. The ruling elites have most of the money and can finance most of the online voices, all of which are employed for the purpose of contradicting truth.

I received today an email from RootsAction urging me to donate money to speed Trump’s impeachment. The website has even prepared the Articles of Impeachment and proclaims that “Trump’s Fixer Says the President Engaged in a Criminal Conspiracy to Sway the 2016 Election.”

This accusation comes from one of Trump’s former lawyers, Michael Cohen. They are allegations that most defense attorneys understand is Michael Cohen’s effort to gain a light sentence for his income tax evasion by “composing,” to use the term of Harvard Law Professor Alan Dershowitz, evidence against the man Mueller really wants—President Trump.

I will be unequivocal. RootsAction, as is the NY Times, Washington Post, CNN, MSNBC, NPR and the rest of the media whores, is lying. To pay off two women, who might have been paid by the military/security complex, or Hillary & Bill Clinton, or the Democratic National Committee, to bring such charges or who simply saw an opportunity to collect a bunch of dollars from Donald Trump, is most certainly, most definitely not, as RootsAction claims, “the high crime and misdemeanor of attempting to fraudulently influence the outcome of a US presidential election. This is an impeachable offense warranting removal from office.”

Whoever advises RootsAction is a totally incompetent attorney. Moreover, to show the utter stupidity of RootsAction’s ignorant assertion, a “misdemeanor” cannot be a “high crime.” A “high crime” is a “felony.”

I have posted on my website statements from legal experts that there is nothing unlawful about paying off claimants. Corporations do it continually. It is much cheaper to pay off a false claim than to finance a court case to refute it. There is no reason whatsoever for a political candidate competing for a party’s nomination for the presidency to be distracted by fighting court cases brought to extort money from him.

Moreover, considering the dire straits in which the American population between the two coasts has been left by decades of jobs offshoring, the government’s inability to provide assistance to those millions of Americans whose living standard is dissolving because the military/security complex appropriates $1,000 billion annually from America’s resources, and the Trump public’s awareness that provoking Russia into war is in no one’s interest, RootsAction and the rest of the imbeciles have to be crazy beyond all belief to think that that anyone who voted for Trump cared if he had sexual encounters with two women. Considering the dire straits of Americans, the last thing they would do is to vote against their champion because he had sex with two women, assuming that he did.

Yet, an unsubstantiated claim by a lawyer who did not pay his income tax, a claim made for the purpose of a light sentence in exchange for providing false evidence against the President of the United States, is now, according to RootsAction, the New York Times, Washington Post, NPR, CNN, MSNBC, etc., and so on, grounds for impeaching the President of the United States who hopes to defuse the extremely dangerous tensions between Washington and Russia.

The military/security complex wants to impeach Trump because he wants peace with Russia, thus taking away the essential enemy that justifies their budget and power.

Are Americans too stupid to notice that there is not a shred of evidence of the “Russiagate” accusations? What we have in their place is income tax evasion charges, not against Trump, but against an attorney and a Republican campaign manager. More convincing charges could be brought against Democrats, but have not. The Hillary crowd of criminals has proven immune to prosecution.

No one has to approve of Trump in order to have the intelligence to see that Trump’s intention to normalize relations with Russia is the world’s main hope of continued existence. Once nuclear weapons go off, global warming will take on new meaning.

After three eight-year terms of US presidents, relations between the US and Russia stand at a far more dangerous level than ever existed during the Cold War. I know this for a fact, as I was directly involved in the Cold War.

The security that insouciant Americans find in the belief that only the US is a superpower is ignorant beyond all belief. A new book by Andrei Martyanov published by Clarity Press, Losing Military Supremacy: The Myopia of American Strategic Planning, proves that, at best, the US is a second rate military power that can be utterly destroyed at will by Russia along with the entirety of the stupid NATO countries, every one of which is militarily impotent. In the present correlation of forces, nothing whatsoever can be done to save a square inch of the Western world if Russia ever has enough of the absurd accusations, absurd threats, absurd posturing of a totally inferior military power drunk on its own ignorant hubris.

Americans are too insouciant to know it, but they are living day by day only at the mercy of Russia.

This article was originally published at PaulCraigRoberts.org on August 24, 2018.