Is Capitalism Killing Us? 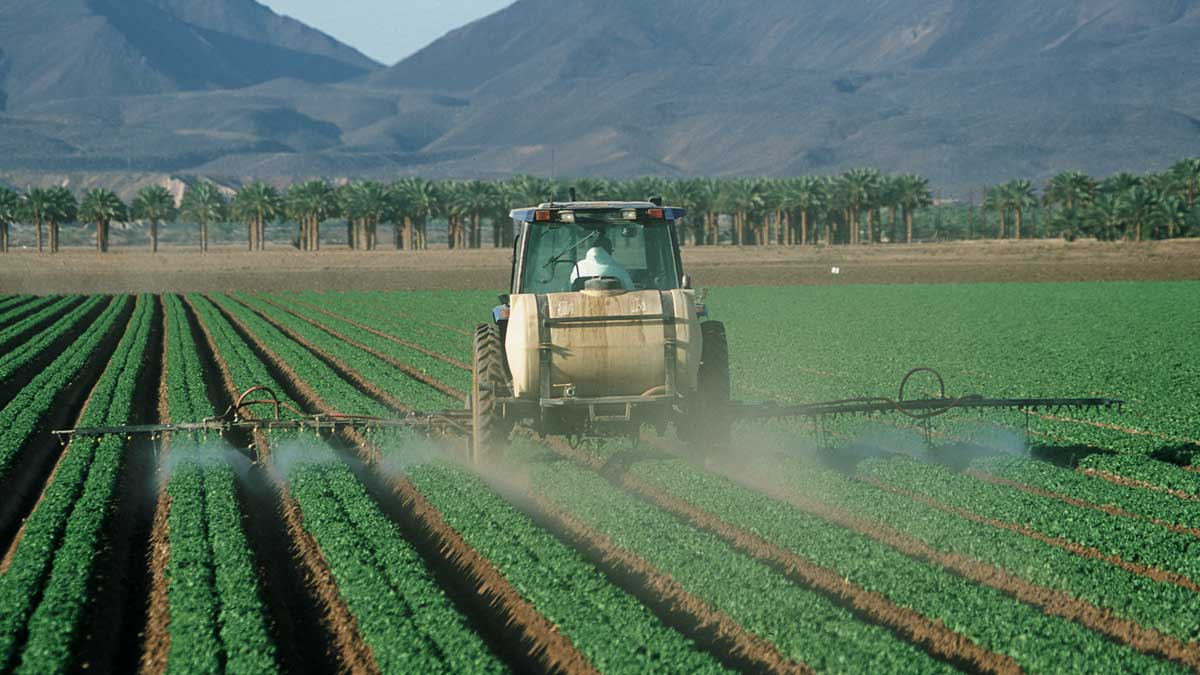 GDP is not an accurate measure of economic growth since it doesn't consider the external costs of pollution and resource exhaustion.

Ecological economists, such as Herman E. Daly, stress that as the external costs of pollution and resource exhaustion are not included in Gross Domestic Product, we do not know whether an increase in GDP is a gain or a loss.

External costs are huge and growing larger. Historically, manufacturing and industrial corporations, corporate farming, city sewer systems, and other culprits have passed the costs of their activities onto the environment and third parties. Recently, there has been a spate of reports with many centering on Monsanto’s Roundup, whose principle ingredient, glyphosate, is believed to be a carcinogen.

A public health organization, the Environmental Working Group, recently reported that its tests found glyphosate in all but 2 of 45 children’s breakfast foods including granola, oats and snack bars made by Quaker, Kellogg and General Mills.

In Brazil tests have discovered that 83% of mothers’ breast milk contains glyphosate.

The Munich Environmental Institute reported that 14 of the most widely selling German beers contain glyphosate.

A German toxicologist has accused the German Federal Institute for Risk Assessment and the European Food Safety Authority of scientific fraud for accepting a Monsanto-led glyphosate Task Force conclusion that glyphosate is not a carcinogen.

There is also controversy about what level of contamination is necessary for products adulterated with glyphosate to be classified as dangerous. It does seem to be the case that the concentrations rise with use and time. Sooner or later the concentration becomes sufficient to do the damage.

For this article, the point is that if glyphosate is carcinogenic, the cost of the lost lives and medical expenses are not borne by Monsanto/Bayer. If these costs were not external to Monsanto, that is, if the corporation had to bear these costs, the cost of the product would not be economical to use. Its advantages would be out-weighed by the costs.

It is very difficult to find the truth, because politicians and regulatory authorities are susceptible to bribes and to doing favors for their business friends. In Brazil, lawmakers are actually trying to deregulate pesticide use and to ban the sale of organic food in supermarkets.

In the case of glyphosate, the tide might be turning against Monsanto/Bayer. The California Supreme Court upheld the state’s authority to add the herbicide glyphosate to its Proposition 65 list of carcinogens.

Last week in San Francisco jurors awarded a former school groundkeeper $289 million in damages for cancer caused by Roundup. Little doubt that Monsanto will appeal and the case will be tied up in court until the groundkeeper is dead. But it is a precedent and indicates that jurors are beginning to distrust hired science. There are approximately 1,000 similar cases pending.

What is important to keep in mind is that if Roundup is a carcinogen, it is just one product of one company. This provides an idea of how extensive external costs can be. Indeed, glyphosate’s deletarious effects go far beyond those covered in this article.

GMO feeds are also taking a toll on livestock.

Now consider the adverse effects on air, water, and land resources of chemical agriculture. Florida is suffering algae blooms from chemical fertilizer runoff from farmland, and the sugar industry has done a good job of destroying Lake Okeechobee.

Fertilizer runoffs cause blue-green algae blooms that kill marine life and are hazardous to humans. Currently the water in Florida’s St. Lucie River is 10 times too toxic to touch.

Red tides can occur naturally, but fertilizer runoffs fuel their growth and their persistence. Moreover, pollution’s contributions to higher temperatures also contribute to red tides, as does draining wetlands for real estate development, which results in water moving quickly without natural filtration.

As water conditions deteriorated and algae blooms proliferated, Florida’s response was to cut back its water monitoring program.

When we consider these extensive external costs of corporate farming, clearly the values attributed to sugar and farm products in the Gross Domestic Product are excessive. The prices paid by consumers are much too low and the profits enjoyed by corporate agriculture are far too high, because they do not include the costs of the massive marine deaths, the lost tourist business, and the human illnesses caused by the algae tides that depend on chemical fertilizer runoff.

In this article I have barely scratched the surface of the problem of external costs. Michigan has learned that its tap water is not safe. Chemicals used for decades on military bases and in the manufacture of thousands of consumer items are in the water supply.

As an exercise, pick any business and think about the external costs of that business. Take, for example, the US corporations that offshored Americans’ jobs to Asia. The corporations’ profits rose, but the federal, state, and local tax bases declined. The payroll tax base for Social Security and Medicaid declined, putting these important foundations of US social and political stability into danger. The tax base for school teachers’ and other government employees’ pensions declined. If the corporations that moved the jobs abroad had to absorb these costs, they would have no profits. In other words, a few people gained by shoving enormous costs on everyone else.

Or consider something simple like a pet store. All the pet store owners and customers who sold and purchased colorful 18 to 24 inch pythons, boa constrictors, and anacondas gave no thought to the massive size these snakes would be, and neither did the regulatory agencies that permitted their import. Faced with a creature capable of devouring the family pet and children and suffocating the life out of large strong adults, the snakes were dumped into the Everglades where they have devastated the natural fauna and now are too numerous to be controlled. The external costs easily exceed many times the total price of all such snakes sold by pet stores.

Ecological economists stress that capitalism works in an “empty economy,” where the pressure of humans on natural resources is slight. But capitalism doesn’t work in a “full economy” where natural resources are on the point of exhaustion. The external costs associated with economic growth as measured by GDP can be more costly than the value of the output.

A strong case can be made that this is the situation we currently face. The disappearance of species, the appearance of toxins in food, beverages, water, mothers’ breast milk, air, land, desperate attempts to secure energy from fracking which destroys groundwater and causes earthquakes, and so forth are signs of a hard-pressed planet. When we get right down to it, all of the profits that capitalism has generated over the centuries are probably due to capitalists not having to cover the full cost of their production. They passed the cost on to the environment and to third parties and pocketed the savings as profit.

Herman Daly notes that last year the British medical journal, Lancet, estimated the annual cost of pollution was about 6% of the global economy whereas the annual global economic growth rate was about 2 percent, with the difference being about a 4% annual decline in wellbeing, not a 2 percent rise. In other words, we could already be in the situation where economic growth is uneconomical.