Who Does America Belong to? Not to Americans. 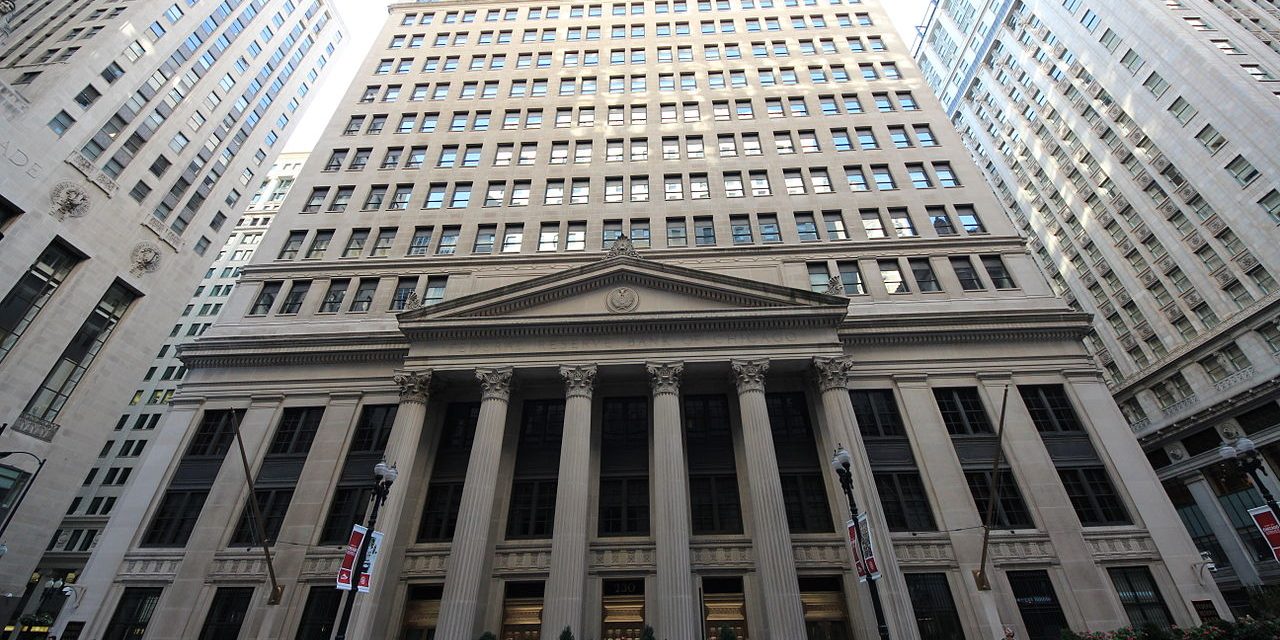 The Federal Reserve Bank of Chicago (TonyTheTiger/licensed under CC BY-SA 3.0)

Thomas Jefferson's prediction that central banking would "deprive the people of all property until their children wake up homeless" is coming true.

The housing market is now apparently turning down. Consumer incomes are limited by jobs offshoring and the ability of employers to hold down wages and salaries. The Federal Reserve seems committed to higher interest rates—in my view to protect the exchange value of the US dollar on which Washington’s power is based. The arrogant fools in Washington, with whom I spent a quarter century, have, with their bellicosity and sanctions, encouraged nations with independent foreign and economic policies to drop the use of the dollar. This takes some time to accomplish, but Russia, China, Iran, and India are apparently committed to dropping or reducing the use of the US dollar.

A drop in the world demand for dollars can be destabilizing of the dollar’s value unless the central banks of Japan, UK, and EU continue to support the dollar’s exchange value, either by purchasing dollars with their currencies or by printing offsetting amounts of their currencies to keep the dollar’s value stable. So far they have been willing to do both. However, Trump’s criticisms of Europe has soured Europe against Trump, with a corresponding weakening of the willingness to cover for the US. Japan’s colonial status viv-a-vis the US since the Second World War is being stressed by the hostility that Washington is introducing into Japan’s part of the world. The orchestrated Washington tensions with North Korea and China do not serve Japan, and those Japanese politicians who are not heavily on the US payroll are aware that Japan is being put on the line for American, not Japanese interests.

If all this leads, as is likely, to the rise of more independence among Washington’s vassals, the vassals are likely to protect themselves from the cost of their independence by removing themselves from the dollar and payments mechanisms associated with the dollar as world currency. This means a drop in the value of the dollar that the Federal Reserve would have to prevent by raising interest rates on dollar investments in order to keep the demand for dollars up sufficiently to protect its value.

If we are going into an era of higher interest rates, home prices and sales are going to decline.

The “on the other hand” to this analysis is that if the Federal Reserve loses control of the situation and the debts associated with the current value of the US dollar become a problem that can collapse the system, the Federal Reserve is likely to pump out enough new money to preserve the debt by driving interest rates back to zero or negative.

Would this save or revive the housing market? Not if the debt-burdened American people have no substantial increases in their real income. Where are these increases likely to come from? Robotics are about to take away the jobs not already lost to jobs offshoring. Indeed, despite President Trump’s emphasis on ”bringing the jobs back,” Ford Motor Corp. has just announced that it is moving the production of the Ford Focus from Michigan to China.

Apparently it never occurs to the executives running America’s offshored corporations that potential customers in America working in part time jobs stocking shelves in Walmart, Home Depot, Lowe’s, etc., will not have enough money to purchase a Ford. Unlike Henry Ford, who had the intelligence to pay workers good wages so they could buy Fords, the executives of American companies today sacrifice their domestic market and the American economy to their short-term ”performance bonuses” based on low foreign labor costs.

What is about to happen in America today is that the middle class, or rather those who were part of it as children and expected to join it, are going to be driven into manufactured ”double-wide homes” or single trailers. The MacMansions will be cut up into tenements. Even the high-priced rentals along the Florida coast will find a drop in demand as real incomes continue to fall. The $5,000-$20,000 weekly summer rental rate along Florida’s panhandle 30A will not be sustainable. The speculators who are in over their heads in this arena are due for a future shock.

For years I have reported on the monthly payroll jobs statistics. The vast majority of new jobs are in lowly paid nontradable domestic services, such as waitresses and bartenders, retail clerks, and ambulatory health care services. In the payroll jobs report for June, for example, the new jobs, if they actually exist, are concentrated in these sectors: administrative and waste services, health care and social assistance, accommodation and food services, and local government.

High productivity, high value-added manufactured jobs shrink in the US as they are offshored to Asia. High productivity, high value-added professional service jobs, such as research, design, software engineering, accounting, legal research, are being filled by offshoring or by foreigners brought into the US on work visas with the fabricated and false excuse that there are no Americans qualified for the jobs. See my book The Failure of Laissez Faire Capitalism.

America is a country hollowed out by the short-term greed of the ruling class and its shills in the economics profession and in Congress. Capitalism only works for the few. It no longer works for the many.

On national security grounds Trump should respond to Ford’s announcement of offshoring the production of Ford Focus to China by nationalizing Ford. Michigan’s payrolls and tax base will decline and employment in China will rise. We are witnessing a major US corporation enabling China’s rise over the United States. Among the external costs of Ford’s contribution to China’s GDP is Trump’s increased US military budget to counter the rise in China’s power.

Trump should also nationalize Apple, Nike, Levi, and all the rest of the offshored US global corporations who have put the interest of a few people above the interests of the American work force and the US economy. There is no other way to get the jobs back. Of course, if Trump did this, he would be assassinated.

America is ruled by a tiny percentage of people who constitute a treasonous class. These people have the money to purchase the government, the media, and the economics profession that shills for them. This greedy traitorous interest group must be dealt with or the United States of America and the entirety of its peoples are lost.

In her latest blockbuster book, Collusion: How Central Bankers Rigged the World, Nomi Prins documents how central banks and international monetary institutions have used the 2008 financial crisis to manipulate markets and the fiscal policies of governments to benefit the super-rich.

These manipulations are used to enable the looting of countries such as Greece and Portugal by the large German and Dutch banks and the enrichment via inflated financial asset prices of shareholders at the expense of the general population.

One would think that repeated financial crises would undermine the power of financial interests, but the facts are otherwise. As long ago as November 21, 1933, President Franklin D. Roosevelt wrote to Col. House that:

“The real truth of the matter is, as you and I know, that a financial element in the larger centers has owned the Government ever since the days of Andrew Jackson.”

Thomas Jefferson said that “banking institutions are more dangerous to our liberties than standing armies” and that “if the American people ever allow private banks to control the issue of their currency, first by inflation, then by deflation, the banks…will deprive the people of all property until their children wake-up homeless on the continent their fathers conquered.”

The shrinkage of the US middle class is evidence that Jefferson’s prediction is coming true.

This article was originally published at PaulCraigRoberts.org on July 31, 2018.