Russiagate Is Constructed of Pure Bullshit, No Facts 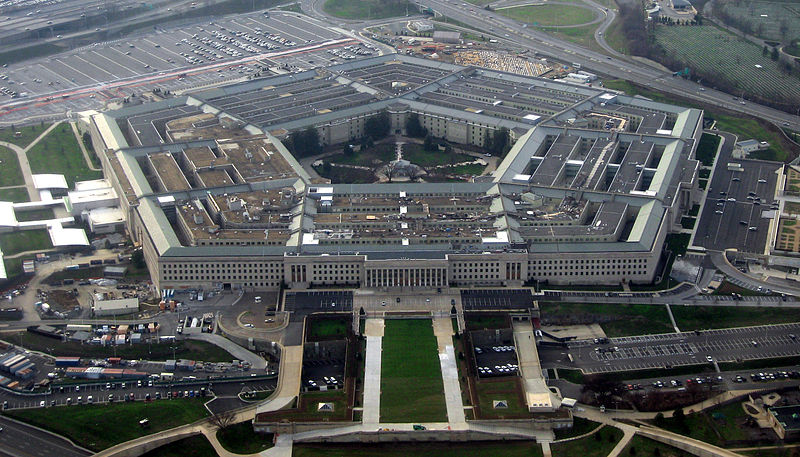 An aerial view of the Pentagon building in Washington, DC (Photo: David B. Gleason/Flickr)

Americans are being told that if they don't believe the self-serving lies from the military/security complex to justify their budget, they are "traitors".

All day today the presstitute scum at NPR went on and on about President Trump, using every kind of guest and issue to set him up for more criticism as an unfit occupant of the Oval Office, because, and only because, he threatens the massive budget of the military/security complex by attempting to normalize relations with Russia.

The NPR scum even got an ambassador from Montenegro on the telephone and made every effort to goad the ambassador into denouncing Trump for saying that Montenegro had strong and aggressive people capable of defending themselves and were not in need of sending the sons of American families to defend them.

Somehow this respectful compliment about the Monenegro people was supposed to be an insult. The ambassador refused to be put into opposition to Trump. NPR kept trying, but got nowhere.

As a former Wall Street Journal editor I can say with complete confidence that NPR crossed every line between journalism and advocacy and no longer qualifies as a 501c3 tax-exempt public foundation.

The NPR assault on President Trump was part of an orchestration. The same story appeared in the Washington Post, long-believed to be a CIA asset. Most likely, it has appeared throughout the presstitute media.

The ability of the military/security complex to control the explanations given to Americans, about which President Eisenhower warned Americans in 1961 to no effect, has produced an American population, a large percentage of which is brainwashed.

For example, as Caitlin Johnston notes in her column “Russiagate Is Like 9/11, Except It’s Made Of Pure Narrative”, Kurt Eichenwald—who, in my opinion, is either a brainwashed idiot or a Deep State troll— says that the bottom line is that you either believe “our intelligence community,” which most definitely did not conclude what Eichenwald says they have concluded, “or you support Putin. You are either a patriot, a traitor or an idiot.”

Note that Eichenwald defines a patriot, as do the Democrats, many Republicans, the entirely of the US print and TV media and NPR, as a person who believes the self-serving lies issuing from the military/security complex in support of the $1,000 billion dollars annually taken from unmet US taxpayer needs to put in the pockets of the mega-rich for “defending” American from an orchestrated, but otherwise nonexistent, threat. If you don’t support this theft from the American people, you are, according to Eichenwald, “a traitor or an idiot.”

Caitlain Johnstone tells us how utterly stupid Americans are to fall for the line that it is treason to seek peaceful relations with a nuclear power that can destroy us.

This means that presidents John F. Kennedy, Richard Nixon, Jimmy Carter, and Ronald Reagan were treasonous. This is the official position of the American presstitute media, the Democratic Party, and the military/security complex. It is also the position of a fake entity that misrepresents itself as “the American left.”

Every American who believes the line that reducing tensions with Russia is treasonous is preparing nuclear Armageddon for themselves, their friends and families, and for the entire world.

This article was originally published at PaulCraigRoberts.org on July 19, 2018.­