The U.S. Withdrawal from the UN Human Rights Council 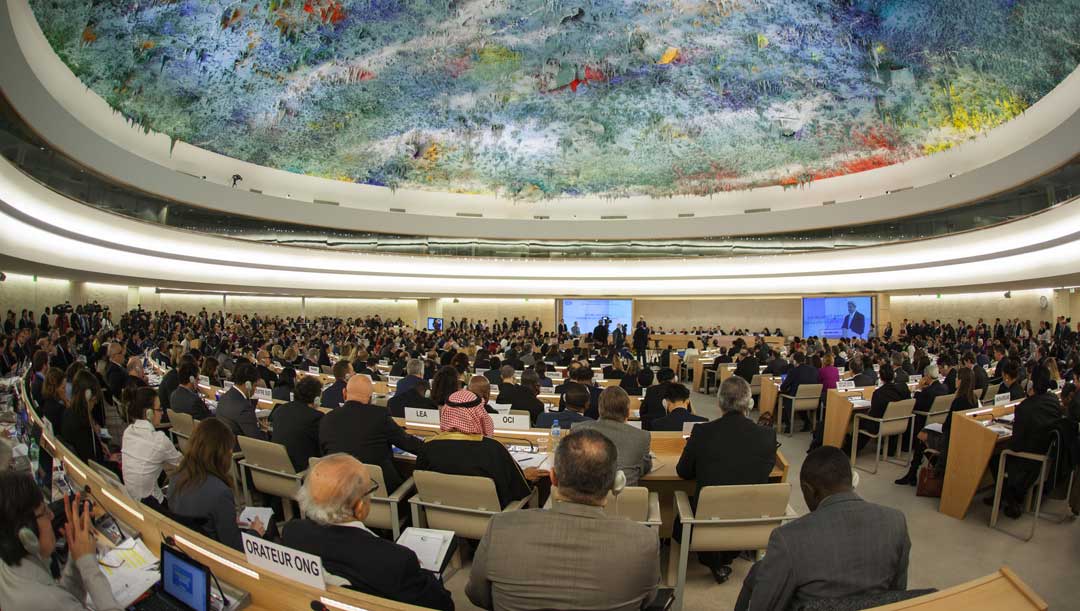 The Trump administration's withdrawal from the UN Human Rights Council, and the plainly bogus pretext for it, tells us more about the US than the UN body.

The only internationally credible basis for criticizing the HRC is its regrettable tendency to put some countries with the worst human rights records in leading roles, creating genuine issues of credibility and hypocrisy.

Of course, such a criticism would never be made by the U.S. as it could only embarrass Washington to admit that many of its closest allies in the Middle East, and elsewhere have lamentable human rights records, and, if fairly judged, the U.S. has itself reversed roles since the year 2000, itself slipping into the category of the most serious human rights offenders.

In this regard, its ‘withdrawal’ can be viewed as a self-imposed ‘suspension’ for falling short when it comes to the promotion and protection of human rights.

Undoubtedly, the U.S. was frustrated by its efforts to ‘reform’ the HRC according to its views  of the UN agency should function, and blamed its traditional adversaries, Russia, China, Venezuela, Cuba, along with Egypt, with blocking its initiative.

It also must not have welcomed the HRC High Commissioner, Zeid Ra’ad al-Hussein, for describing the separation of children from their immigrant parents at the Mexican border as an “unconscionable” policy.

In evaluating this latest sign of American retreat from its prior role as global leader, there are several considerations that help us understand such a move that situates the United States in the same strange rejectionist corner it now shares with North Korea and Eritrea:

— The fact that the U.S. withdrawal from the HRC occurred immediately after the Israeli border massacre, insulated from Security Council censure and investigation by a U.S. veto, is certainly part of political foreground. This consideration was undoubtedly reinforced by the HRC approval of a fact-finding investigation of Israel’s behavior over prior weeks in responding to the Great Return March border demonstrations met with widespread lethal sniper violence.

— In evaluating the UN connection to Palestine, it needs to be recalled that the organized international community has a distinctive responsibility for Palestine that can be traced all the way back to the peace diplomacy after World War I when Britain was given the role of Mandatory, which according to the League of Nations Covenant should be carried out as a ‘sacred trust of civilization.’

This special relationship was extended and deepened when Britain gave up this role after World War II, transferring responsibility for the future of Palestine to the UN. This newly established world organization was given the task of finding a sustainable solution in the face of sharply contested claims between the majority Palestinian population and the Jewish, mainly settler population.

This UN role was started beneath and deeply influenced by the long shadow of grief and guilt cast by the Holocaust. The UN, borrowing from the British colonial playbook, proposed a division of Palestine between Jewish and Palestinian political communities, which eventuated in the UN partition plan contained in General Assembly Resolution 181.

This plan was developed and adopted without the participation of the majority resident population, 70% non-Jewish at the time, and was opposed by the independent countries in the Arab world. Such a plan seemed oblivious to the evolving anti-colonial mood of the time, failing to take any account of the guiding normative principle of self-determination. The Partition War that followed in 1947 did produce a de factor partition of Palestine more favorable to the Zionist Project than what was proposed, and rejected, in 181. One feature of the original plan was to internationalize the governance of the city of Jerusalem with both peoples given an equal status.

This proposed treatment of Jerusalem was never endorsed by Israel, and was formally, if indirectly, repudiated after the 1967 War when Israel declared (in violation of international law) that Jerusalem was the eternal capital of the Jewish people never to be divided or internationalized, and Israel has so administered Jerusalem with this intent operationalized in defiance of the UN.

What this sketch of the UN connection with Palestine clearly shows is that from the very beginning of Israeli state-building, the role of the international community was direct and the discharge of its responsibilities was not satisfactory in that it proved incapable of protecting Palestinian moral, legal, and political rights.

As a result, the majority of Palestinian people have been effectively excluded from their own country and as a people exist in a fragmented ethnic reality. This series of events constitutes one of the worst geopolitical crimes of the past century. Rather than do too much by way of criticizing the behavior of Israel, the UN has done far too little, not because of a failure of will, but as an expression of the behavioral primacy of geopolitics and naked militarism;

—The revealing stress of Ambassador Haley’s explanation of the U.S. withdrawal from the HRC makes no attempt whatsoever to refute the substantive allegations of Israeli wrongdoing, but instead gives almost total attention to quantitative factors such as the ‘disproportionate’ number of resolutions compared with those given to other human rights offenders.

This is not surprising as any attempt to justify Israeli policies and practices toward the Palestinian people would only expose the severity of Israel’s criminality and the acuteness of Palestinian victimization. The U.S. has also long struggled to be rid of so-called Item 7 of the Human Rights Council devoted to human rights violations of Israel associated with the occupation of Palestinian territories, which overlooks the prior main point that the UN is derelict in its failure to produce a just peace for the peoples inhabiting Mandate Palestine.

—Withdrawing from international institutional arrangements, especially those positively associated with peace, human rights, and environmental protection has become the hallmark of what be identified as the negative internationalism of the Trump presidency.

The most egregious instances, prior to this move with regard to the HRC, involved the repudiation of the Nuclear Program Agreement with Iran (also known as the JCPOA or P5 +1 Agreement) and the Paris Climate Change Agreement.

Unlike these other instances of negative internationalism this departure from the HRC is likely to hurt the U.S. more than the HRC, reinforcing its myopic willingness to do whatever it takes to please Netanyahu and the lead American Zionist donor to the Trump campaign, Sheldon Adelson.

Only the provocative announcement of the planned unilateral move of the American Embassy to Jerusalem last December was as explicitly responsive to Israel’s policy agenda as is this rejection of the HRC, both initiatives stand out as being contrary to a fair rendering of American national interests, and hence a show of deference to Israel’s preferences.

Despite this unabashed one-sidedness the Trump presidency still puts itself forward as a peacemaker, and promised to produce ‘the deal of the century’ at the proper moment, even enjoying the backing of Saudi Arabia, which seems to be telling the Palestinians to take what is offered or shut up forever.

Knowing the weakness and shallow ambitions of the Palestinian Authority, there is no telling what further catastrophe, this one of a diplomatic character, may further darken the Palestinian future. A diplomatic nakba might be the worst disaster of all for the Palestinian people and their century-long struggle for elemental rights.

— It should also be observed that the U.S. human rights record has been in steady decline, whether the focus is placed on the morally catastrophic present policies of separating families at the Mexican border or on the failure to achieve acceptable progress at home in the area of economic and social rights despite American affluence (as documented in the recent report of Philip Alston, UNHRC Special Rapporteur on Extreme Poverty) or in the various violations of human rights committed in the course of the War on Terror, including operation of black sites in foreign countries to carry on torture of terror suspects, or denials of the tenets of international humanitarian law (Geneva Conventions) in the administration of Guantanamo and other prison facilities.

— It is also worth noting that Israel’s defiance of international law and international institutions is pervasive, flagrant, and directly related to maintaining an oppressive regime of occupation that is complemented by apartheid structures victimizing Palestinian refugees, residents of Jerusalem, the Palestinian minority in Israel, and imprisoned population of Gaza.

Israel refused the authority of the International Court of Justice with respect to the ‘separation wall’ that back in 2004 declared by a near unanimous vote of 14-1 (U.S. as the lone dissent) that building the wall on occupied Palestinian territory was unlawful, that the wall should be dismantled, and Palestinians compensated for harm endured. There are many other instances concerning such issues as settlements, collective punishment, excessive force, prison conditions, and a variety of abuse of children.

In conclusion, by purporting to punish the Human Rights Council, the Trump presidency, representing the U.S. Government, is much more punishing itself, as well as the peoples of the world. We all benefit from a robust and legitimated institutional framework for the promotion and protection of vital human rights. The claim of an anti-Israeli bias in the HRC, or UN, is bogus, the daily violation of the most basis rights of the Palestinian people is a tragic reality. This is all we need to know.

This article was originally published at RichardFalk.WordPress.com on June 22, 2018.­