End the Wars to Halt the Refugee Crisis 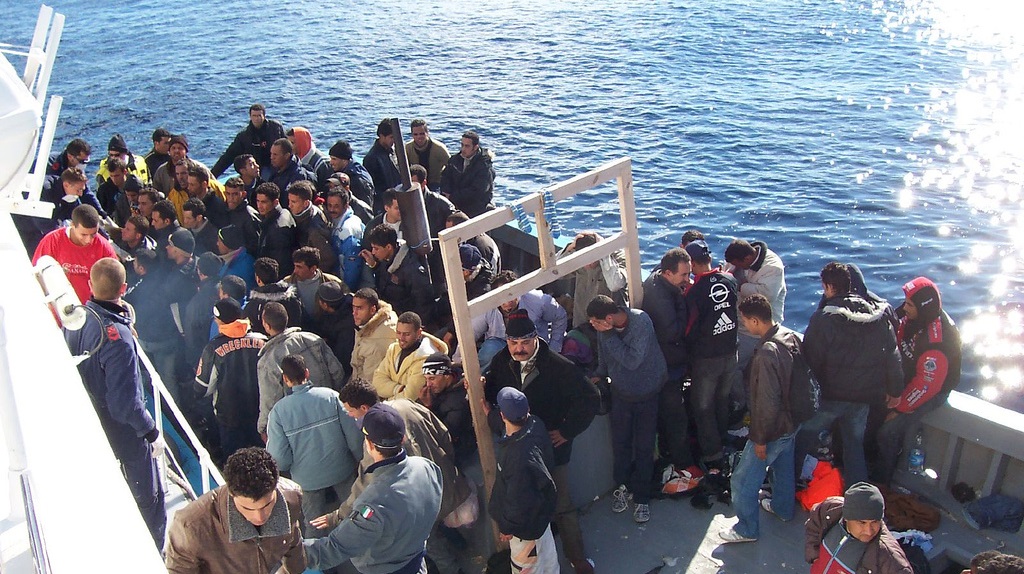 If European politicians continue to ignore the root causes of the problem, the refugee crisis is going to persist unabated.

Europe is facing the most significant refugee crisis since World War II. All attempts at resolving the issue have failed, mostly because they have ignored the root causes of the problem.

A statement by Doctors without Borders (MSF) stated that the boat was carrying 123 unaccompanied minors and seven pregnant women.

“From now on, Italy begins to say NO to the traffic of human beings, NO to the business of illegal immigration,” said Salvini, who also heads the far-right League Party.

The number of refugees was repeated in news broadcasts time and again, as a mere statistic. In reality, it is 629 precious lives at stake, each with a compelling reason why she/he has undertaken the deadly journey.

While the cruelty of refusing entry to a boat laden with desperate refugees is obvious, it has to be viewed within a larger narrative pertaining to the rapidly changing political landscape in Europe and the crises under way in the Middle East and North Africa.

Italy’s new government, a coalition of the anti-establishment Five-Star Movement and the far-right League party, seems intent on stopping the flow of refugees into the country, as promised on the campaign trail.

However, if politicians continue to ignore the root causes of the problem, the refugee crisis will not go away on its own.

The disturbing truth is this: Europe is accountable for much of the mayhem under way in the Middle East. Right-wing pundits may wish to omit that part of the debate altogether, but facts will not simply disappear when ignored.

European politicians should honestly confront the question: what are the reasons that lead millions of people to leave their homes? And fashion equally honest and humane solutions.

In 2017, an uprising-turned-civil-war in Syria led to the exodus of millions of Syrian refugees.

Ahmed is a 55-year old Syrian refugee, who fled the country with his wife and two children. His reason for leaving was no other than the grinding, deadly war.

He told the UN Refugees Agency: “I was born in Homs and I wanted to live there until the end, but this vicious war left us no other choice but to leave all behind. For the sake of my children’s future we had to take the risk.”

“I had to pay the smuggler eight thousand US dollars for each member of my family. I’ve never done anything illegal in my whole life, but there was no other solution.”

Saving his family meant breaking the rules; millions would do the same thing if confronted with the same grim dilemma. In fact, millions have.

African immigrants are often blamed for ‘taking advantage’ of the porous Libyan coastline to ‘sneak’ into Europe. Yet, many of those refugees had lived peacefully in Libya and were forced to flee following the NATO-led war on that country in March 2011.

“I’m originally from Nigeria and I had been living in Libya for five years when the war broke out,” wrote Hakim Bello in the Guardian.

“I had a good life: I was working as a tailor and I earned enough to send money home to loved ones. But after the fighting started, people like us – black people – became very vulnerable. If you went out for something to eat, a gang would stop you and ask if you supported them. They might be rebels, they might be government, you didn’t know.”

The security mayhem in Libya led not only to the persecution of many Libyans, but also millions of African workers, like Bello, as well. Many of those workers could neither go home nor stay in Libya. They, too, joined the dangerous mass escapes to Europe.

War-torn Afghanistan has served as the tragic model of the same story.

Ajmal Sadiqi escaped Afghanistan, which has been in a constant state of war for many years, a war that took a much deadlier turn since the US invasion in 2001.

Sadiqi told CNN that the vast majority of those who joined him on his journey from Afghanistan, through other countries to Turkey, Greece and other EU countries, died along the way. But, like many in his situation, he had few alternatives.

“Afghanistan has been at war for 50 years and things are never going to change,” he said.

“Here, I have nothing, but I feel safe. I can walk on the street without being afraid.”

Alas, that sense of safety is, perhaps, temporary. Many in Europe are refusing to examine their own responsibility in creating or feeding conflicts around the world, while perceiving the refugees as a threat.

Despite the obvious correlation between western-sustained wars and the EU’s refugee crisis, no moral awakening is yet to be realized. Worse still, France and Italy are now involved in exploiting the current warring factions in Libya for their own interests.

Syria is not an entirely different story. There, too, the EU is hardly innocent.

The Syria war has resulted in a massive influx of refugees, most of whom are hosted by neighboring Middle Eastern countries, but many have sailed the sea to seek safety in Europe.

“All of Europe has a responsibility to stop people from drowning. It’s partly due to their actions in Africa that people have had to leave their homes,” said Bello.

“Countries such as Britain, France, Belgium and Germany think they are far away and not responsible, but they all took part in colonizing Africa. NATO took part in the war in Libya. They’re all part of the problem.”

Expectedly, Italy’s Salvini and other like-minded politicians refuse to frame the crisis that way.

They use whichever discourse needed to guarantee votes, while ignoring the obvious fact that, without military interventions, economic exploitation and political meddling, a refugee crisis – at least one of this magnitude – could exist in the first place.

Until this fact is recognized by EU governments, the flow of refugees will continue, raising political tension and contributing to the tragic loss of lives of innocent people, whose only hope is merely to survive.