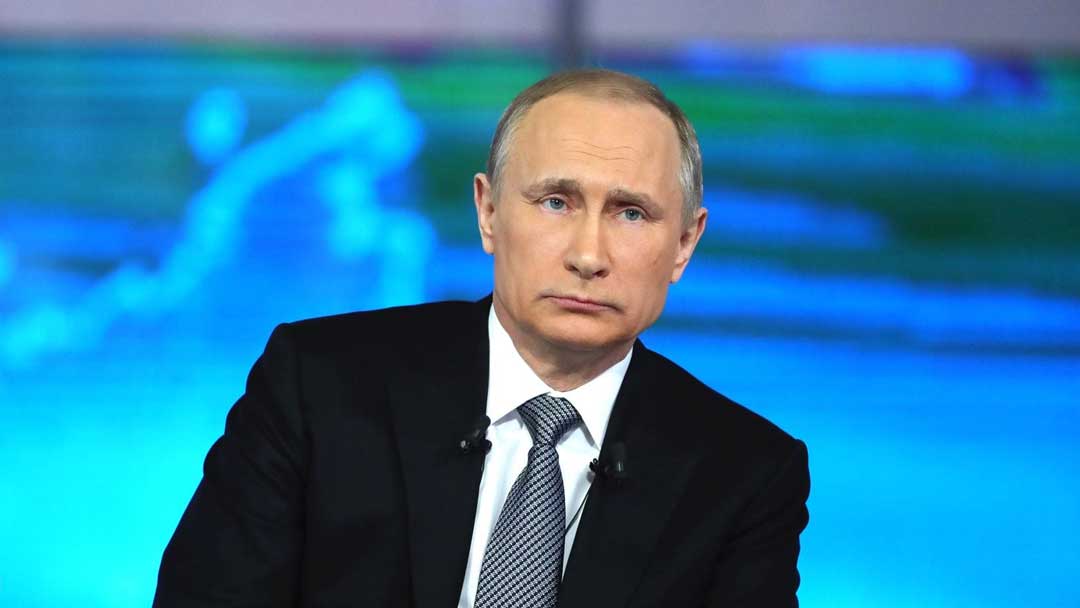 This collection of essays on Putin provides insights into a man and his times by someone well-positioned to observe in a detached manner.

Alexander Dugin, formerly professor of sociology at Moscow State University, headed the “Center for Conservative Studies” at that institution. That there could exist any such entity itself indicates something about Russia. Dugin is founder of the Eurasian movement, primary ideologue of contemporary Eurasianism, founder-ideologue of the “Fourth Political Theory,” which itself has a lengthy pedigree in Russia going back to the “Slavophils” of the 19th century, and has had input into Kremlin policy, although how much is uncertain. As such, Dugin is often portrayed as a bogeyman by Western academics and Russophobes, as an almost Rasputin-type figure, influencing from behind-the-scenes.

Russopobes and Western academics require such a figure to enable them to help perpetuate certain key myths on what Churchill regarded as “enigmatic” when writing of Russia. Dugin is portrayed by these types as a “fascist,” which enables them to maintain the mediocre standards of Western academe, to ensure their papers are published by idiot-reviewed journals, and definitely does not require them to undertake any sound scholarship in regard to historical, ideological and philosophical antecedents, which are put in the “too hard” basket by budding “scholars” at the very start of their entrance into the unhallowed halls of academia.

This collection of essays on Putin, and several appendices on Fourth Political Theory, provides insights into a man and his times by someone well-positioned to observe in a detached manner. Dugin makes it clear that he is supportive of Putin not only as the man who is best for Russia, but as the nearest to a real statesman that exists in the world.

However, the reader should not assume that such praise indicates Dugin as a Putin fanatic, nor even that Putin is regarded as having real greatness; merely that Putin is the best available, and could be much more. Hence the title “Putin vs. Putin” considers two sides to someone trying to balance factions while maintaining Russia’s sovereignty, yet without an ideological foundation. There are the liberal elite, and the great mass of Russians whose orientation is collectivistic as distinct from the hyper-individualism that the West and its Russian adherents are trying to impose.

We are reminded that Putin came from the Yeltsin milieu, and that he is from Saint Petersburg, not Moscow. This latter point has much symbolic, archetypal meaning, and will especially be appreciated by those of us who are Spenglerians. All that in Russia that is from hell comes from Saint Petersburg, an enduring reminder that there have been previous attempts to de-Russify Russia, to Westernize her with the importation of the crassest models of the Late West, the West in decay, and that this started with “Peter the Great,” who built Saint Petersburg as the capital of a new, “Western” Russia; that this was continued with Catherine the Great, sundry Marxists, particularly Trotsky, with the latest attempt by Gorbachev and Yeltsin. Spengler had called these attempts at Westernization “Petrinism,” after Peter the Great.[1] Such is the endurance and depth of Russian archetypal forces that even Bolsheviks failed to destroy the Russian soul,[2] and only ended up, under Stalin, resurrecting and strengthening her.[3]

However, Putin, like others who aspired to Russian greatness, does not lead Russia;he is led by Russia, led by the times, by the earth and soul of Russia, and his value is in going with that spiritual and cultural tide, not attempting to repress it, like Peter, Trotsky, or Yeltsin. In this sense Putin follows rather than leads, pulled by invisible forces, but also pulled in other direction by those forces that traditionalists could regard as the Antichrist. Dugin sees Putin as a “realist,” who attempts to accommodate both liberalism and conservativism. His focus is on Russia as a nation-state, whereas Dugin sees Russia as an empire-civilization. He points out that the nation-state and nationalism are concepts from the Western Enlightenment, and hence related to liberalism.

It is an awkward truth for right-wing nationalists, but one I think that must be faced.  It is the type of historical paradox that means French nationalism celebrating the slogans and symbols of Jacobinism, for example, or American “patriots” defending as holy writ Enlightenment documents such as the Bill of Rights and Constitution. Yet, for Dugin and traditional Russia, such “realism” is a negation rather than an affirmation. What is lacking—and this is what Dugin emphasizes throughout—is an ideology.

Putin is trying to fit simultaneously into both Russian heritage and modernist political models. The result is not a new synthesis but indecision, lack of consistency, and lack of an ideological arsenal with which to confront the liberalism that is being used to destroy Russia by inner and outer enemies in the name of the usual gamut of banal slogans such as “freedom,” and the “open society.” Dugin sees many years having been wasted by Putin in failing to adopt an ideology.

For Dugin the primary ideological enemy is liberalism. His critique of liberalism in his analysis of Putin is one of the most valuable and timely aspects of the book. Liberalism acclaims “freedom,” but Dugin asks “freedom for what?” Liberalism is always and only “freedom from” something. Freedom from identity, community, of being part of a collective entity. Freedom for self-abnegation in the name of self-actualization. Freedom for selfishness, narcissism, trivia, consumption, ego. Freedom of women from motherhood and family, not for motherhood and family, for example. Freedom to abort life, and future generations, not only of a family lineage but of an entire civilization.  That is the West’s “freedom.” Ad nauseum.

Liberalism, despite appearances, is a grand negation. As an ideology, there is nothing to it. With the victory of liberalism against all enemies, what its ideologues such as Francis Fukuyama call “the end of history,” Dugin sees the end result as “nihilism.” Liberalism without an enemy will devour itself. When it has finished engulfing all the cultures of human diversity with a quagmire of banality, in the name of “diversity” it will disappear up its own backside and leave a void, as the faint echoes of “freedom” dissipate into the black hole with it. Liberalism will have devoured all that is genuinely meant by being human. Ironic that liberalism exists in the name of “humanism.” Liberalism aims to place the individual at the center of existence; the individual as detached from any identity beyond the isolated atom; from family, ethnos, and even gender. The latter has very much come to the fore as a new crusade.

Again it is irony that liberal “identity politics” is concerned with the destruction of identities in the name of affirming identities. Hence, we get something called “transgender,” which was in vogue also during the depraved Weimar era, complete with ideological and scientific rationalizations.  Really, what is aimed for is a transhumanity with the nebulousness of amoeba. Dugin refers to a future where humanity has been transcended in favour of techno-hybrids.

Putin responds to the attack on Russia with reactive policies such as banning NGOs, but the reaction is not ideologically grounded, and is thus a defensive measure, and few understand the background. The United Russia party does not have an ideology with which to confront liberalism. Putin seeks authority, which is inherent in Russia, but attempts to compromise with Western democratic models. He allows a liberal such as Medvedev to partner with him in a revolving of positions.

On the other hand, the era and the eternal character of Russia that can only be repressed but not destroyed, sees Putin act in Russian interests, impelled by history, and intrinsically in opposition to globalization, fighting Western-based separatism, including defeating the Chechen rebels (and more latterly supporting Russian ethnics in the Ukraine); purging oligarchs who will not subordinate themselves to Russian interests; concentrating Russian state authority away from the corrupt power of regional politicians, and promoting Eurasian institutions such as economic and customs unions.

Significantly there have been attempts by Putin to outline an ideology, starting with his Munich speech in 2007. Other speeches have followed with ideological themes, and of particular significance with allusions to Russia’s unique culture and spirit. However Dugin still sees materialism as dominant. Putin pursues Eurasianism for economic reasons without a clear vision of Eurasia as a civilisation. This was surely the failing of a united Europe which instead became the Europe of customs unions, coal and steel pacts, NATO, Bilderbergers, bankers and bureaucrats, without a conception of what “Europe” is. Hence too, under Putin, there is still lack of feeling and direction as to what “Russia” is and its place in the world.

There is a long held mythic vision of Russia as the Katechon, a biblical allusion to a man, force, or state that holds back the Antichrist. Dugin’s Fourth Political Theory attempts to define Russia’s role as the Katechon in holding back the forces of globalization that seek to enchain man to matter. Dugin’s ideology and movement aim to provide an alternative to all those, whether Left or Right, who are seeking a total rejection of liberalism and globalization. He regards liberalism, communism and fascism as having all emanated from the era of the Western Enlightenment, with a Fourth Political Theory, required to offer a total rejection of what he condemns as “modernism,” influenced by traditionalists such as René Guénon, and a reconnection with what it is to Being human, influenced in particular by Martin Heidegger.

He accepts the value of Marx’s study of alienation under capitalism, but rejects class struggle and the forces of production as the defining points of history and identity; he accepts the freedom demanded by liberalism, but insists on freedom for something rather than freedom from everything; from fascism he accepts ethnos, but rejects racial hierarchy and petty-nationalism as the consequence of the Enlightenment. Hence the Fourth Political Theory is intended as a new synthesis, a total rejection of modernism and liberalism in a world struggle against globalization.

As with his challenge to liberalism in regard to the question: “freedom for what?”, Dugin has a pertinent challenge for advocates of Western identity, at a time when the West stands for really nothing other than decay, putrescence, and death under the name of globalization and liberalism:

“Last point. Europe is the West. And decline is its essence. To come to the lowest point of its descent is the fate of Europe. It is deeply tragic, and not something one should be proud of. So the 4PT is in favour of a European Idea in which Europe is understood as a sort of tragic community: a culture that is searching for itself in the heart of Hell.”[4] It is a hard pill to swallow, but a fact.