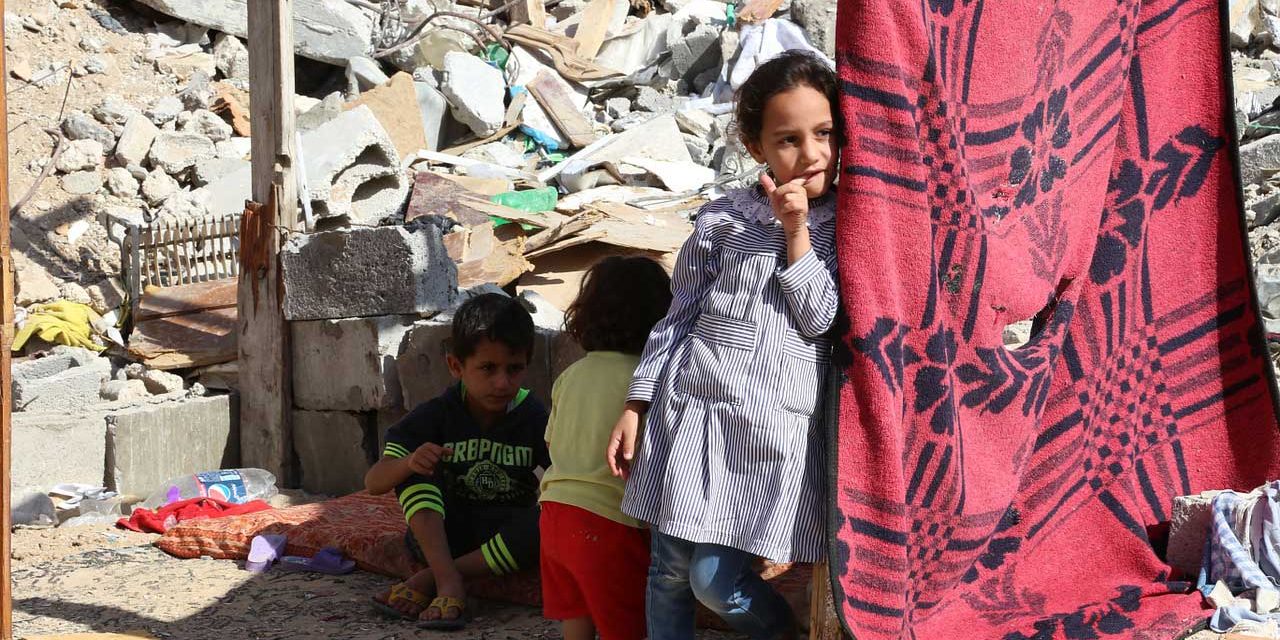 When Gazan youth stood bare-chested at the border fence, falling one drove after the other, they crossed a fear barrier that no generation of Palestinians has ever crossed. And when people are unafraid, they can never be subdued or defeated.

Sixty Palestinians were killed in Gaza on May 15, simply for protesting and demanding their Right of Return as guaranteed by international law.

Fivty more have been killed since March 30, the start of the ‘Great March of Return’, which marks Land Day.

Nearly 10,000 were wounded and maimed in between these two dates.

‘Israel has the right to defend itself’, White House officials announced, paying no heed to the ludicrousness of the statement when understood within the current context of an unequal struggle.

Peaceful protesters were not threatening the existence of Israel; rock throwing kids were not about to overwhelm hundreds of Israeli snipers, who shot, killed and wounded Gaza youngsters with no legal or moral boundary whatsoever.

Eight-months old, Laila al-Ghandour was one of the 60 who were killed on May 15. She suffocated to death from Israeli teargas. Many, like her, were wounded or killed some distance away from the border. Some were killed for simply being nearby, or for being Palestinian.

Meanwhile, Ivanka Trump, daughter of US President Donald Trump, ushered in a new era of international relations when she and her companions unveiled the new US Embassy in Jerusalem.

She was ‘all smiles’ while, at the exact same moment, hundreds of Gazans were being felled at the border. The already dilapidated hospitals have no room for most of the wounded. They bled in hallways awaiting medical attention.

Ivanka has never been to Gaza—and will unlikely ever visit or be welcomed there. Gazans do not register in her moral conscience, if she has any beyond her immediate interests, as people deserving of rights, freedom and dignity.

At the border, many Gaza kids have been coloring their bodies in blue paint, dressing up in homemade costumes to imitate characters from the Hollywood movie, ‘Avatar’. They hoped that, by hiding their brown skin, their plight and suffering could be more relatable to the world.

But when they were shot, their blood gave them away. They were still human, still from Gaza.

The international community has already condemned Trump’s decision to relocate his country’s embassy to Jerusalem, and declared his recognition of Jerusalem as Israel’s capital ‘null and void’, but will it go further than mere words?

Will the international community remain trapped between hollow statements and no action? Will they ever truly recognize the humanity of Laila al-Ghandour and all the other children, men and women who died and continue to perish under Gaza’s besieged skies? Will they ever care enough to do something?

The plight of the Palestinians is compounded with the burden of having a useless ‘leadership’. The President of the Palestinian Authority, Mahmoud Abbas, has been busy of late, demanding allegiance from the occupied Palestinians in the West Bank. Large signs and larger banners have been erected everywhere, where families, professional associations, unions and companies have announced, in large font: the “Renewal of Loyalty and Support to President Mahmoud Abbas.”

‘Renewal’? Abbas’ mandate expired in 2009. Besides, is this what Abbas and his Fatah party perceive to be the most urgent matter that needs to be addressed, while his people are being massacred?

Abbas fears that Hamas is using the blood of the Gaza victims to bolster its popularity. Ironically, it is a shared concern with Israeli leaders, the likes of Israeli army spokesman, Lt. Col. Jonathan Conricus. The latter said that Hamas has won the PR war at the Gaza border by a ‘knockout.’

This propaganda is as false as it is utterly racist; yet, it has persisted for far too long. It proposes that Palestinians and Arabs lack human agency. They are incapable of mobilizing and organizing their collective efforts to demand their long-denied rights. They are only pawns, puppets in the hands of factions, to be sacrificed at the altar of public relations.

It did not dawn on Conricus to note that, perhaps, his army lost the ‘PR war’ because its brutes shot thousands of unarmed civilians who did nothing, aside from gathering at the border demanding an end to their perpetual siege; or that, just maybe, the PR war was lost because Israel’s top leaders announced proudly that Gazans are fair game, since, according to Defense Minister, Avigdor Lieberman, “there are no innocents in Gaza.’

Ivanka will go down in Israel’s history as a hero. But Palestinian Resistance is not fueled or subdued by Ivanka, but by the sacrifices of the Palestinians themselves, and by the blood of Laila al-Ghandour, who was denied even a celebration of her first birthday on God’s besieged earth.

The US government has decisively and blatantly moved to the wrong side of history. As their officials attended parties, galas and celebrations of the Embassy move, whether in Israel or in Washington and elsewhere, Palestinians dug 60 more graves and held 60 more funerals.

The world watched in horror, and even western media failed to hide the full ugly truth from its readers. The two acts—of lavish parties and heartbreaking burials—were beamed all over the world, and the already struggling American reputation sank deeper and deeper.

Israeli Prime Minister, Benjamin Netanyahu, may have thought he had won. Comforted by his rightwing government and society on the one hand, Trump and his angry UN bully, Nikki Haley, on the other, he feels invulnerable.

But he should rethink his power-driven logic. When Gazan youth stood bare-chested at the border fence, falling one drove after the other, they crossed a fear barrier that no generation of Palestinians has ever crossed. And when people are unafraid, they can never be subdued or defeated.

This article was originally published at RamzyBaroud.net on May 23, 2018.