My Home is Beit Daras: Our Lingering Nakba 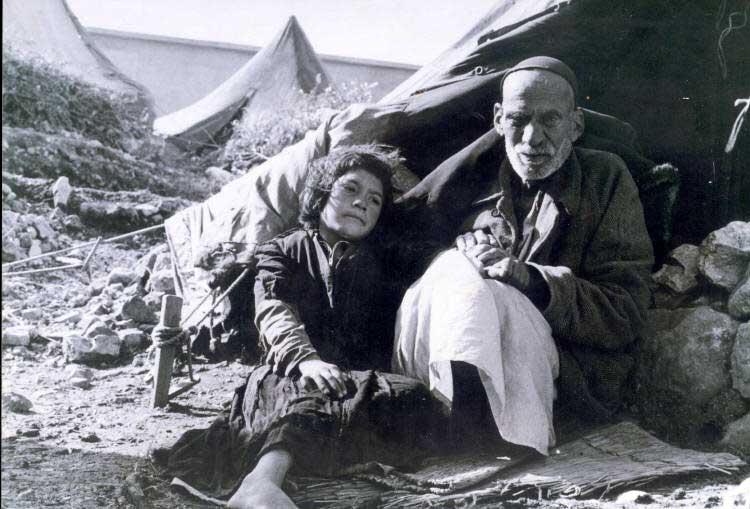 For me, Beit Daras is not just a piece of earth but a perpetual fight for justice that shall never cease, because the Badrasawis belong to Beit Daras and nowhere else.

When Google Earth was initially released in 2001, I immediately rushed to locate a village that no longer exists on a map, which now delineates a whole different reality.

Although I was born and raised in a Gaza refugee camp, and then moved to and lived in the United States, finding a village that was erased from the map decades earlier was not, at least for me, an irrational act. The village of Beit Daras was the single most important piece of earth that truly mattered to me.

But I could only find it by estimation. Beit Daras was located 32-kilometers northeast of Gaza, on an elevated ground, perched gently between a large hill and a small river that seemed to never run dry.

A once peaceful village, Beit Daras had existed for millennia. Romans, Crusaders, Mamluks and Ottomans ruled over and, even tried to subdue Beit Daras as in all of Palestine; yet they failed. True, each invader left their mark—ancient Roman tunnels, a Crusaders’ castle, a Mamluk mail building, an Ottoman khan (Caravanserai)—but they were all eventually driven out. It wasn’t until 1948 that Beit Daras, that tenacious village with a population of merely 3,000 was emptied from its population, and later destroyed.

The agony of the inhabitants of Beit Daras and their descendants lingers on after all of these years. The tragic way that Beit Daras was conquered by invading Zionist forces has left behind blood stains and emotional scars that have never healed.

Three battles were bravely fought by the Badrasawis, as the dwellers of Beit Daras are called, in defense of their village. At the end, the Zionist militias, the Haganah, with the help of British weapons and strategic assistance, routed out the humble resistance, which consisted mostly of villagers fighting with old rifles.

The ‘massacre of Beit Daras’ that followed remains a subdued scream that pierces through the hearts of Badrasawis after all of these years. Those who survived became refugees and are mostly living in the Gaza Strip. Under siege, successive wars and endless strife, their Nakba—the catastrophic ethnic cleansing of Palestine in 1947-48—has never truly ended. One cannot dispel the pain if the wound never truly heals.

Born into a family of refugees in the Nuseirat Refugee Camp in Gaza, I took pride in being a Badrasawi. Our resistance has garnered us the reputation of being ‘stubborn’ and the uncorroborated claims of having large heads. We truly are stubborn, proud and generous, for Beit Daras was erased but the collective identity it has given us remained intact, regardless of whichever exile we may find ourselves.

As I child, I learned to be proud from my grandfather: A handsome, elegant, strong peasant with unshakable faith. He managed to hide his deep sadness so well after he was expelled from his home in Palestine, along with his entire family. As he aged, he would sit for hours, between prayers, searching within his soul for the beautiful memories of his past. Occasionally, he would let out a mournful sigh, a few tears; yet he never accepted his defeat, or the idea that Beit Daras was forever gone.

“Why bother to haul the good blankets on the back of a donkey, exposing them to the dust of the journey, while we know that it’s a matter of a week or so before we return to Beit Daras?” he told his bewildered wife, Zeinab as they hauled their children to navigate an endless exile.

I cannot pinpoint the moment when my grandfather discovered that his “good blankets” were gone forever, that all that remained of his village were two giant concrete pillars, and piles of cactus.

It isn’t easy to construct a history that, only several decades ago, was, along with every standing building of that village, blown to smithereens with the very intent of erasing it from existence. Most historic references written of Beit Daras, whether by Israeli or Palestinian historians, were brief, and ultimately resulted in delineating the fall of Beit Daras as just one among nearly 600 Palestinian villages that were often evacuated and then completely flattened during the war years. It was another episode in a more compounded tragedy that has seen the dispossession and expulsion of nearly 800,000 Palestinians.

But for my family, it was much more than that. Beit Daras was our very dignity. Grandpas’ calloused hands and leathery weathered skin attested to the decades of hard labor tending the rocky soil in the fields of Palestine. It was a popular pastime for my brothers and me to point to a scar on his body to hear a gut-busting tale of the rigors of farm-life.

Later in life, someone would give him a small hand-held radio to glean the latest news and he would, from that moment, never be seen without it. As a child, I recall him listening to the Arab Voice news on that battered radio. It once had been blue but now had faded to white with age. Its bulging batteries were duct-taped to the back. Sitting with the radio up to his ear and fighting to hear the reporter amidst the static, grandpa listened and waited for the announcer to make that long-awaiting call: “To the people of Beit Daras: your lands have been liberated, go back to your village.”

The day grandpa died, his faithful radio was lying on the pillow close to his ear so that even then he might catch the announcement for which he had waited for so long. He wanted to comprehend his dispossession as a simple glitch in the world’s consciousness that was sure to be corrected and straightened out in time.

But it didn’t. 70 years later, my people are still refugees. Not just the Badrasawis, but millions of Palestinians, scattered in refugee camps all across the Middle East. Those refugees, while still searching for a safe path that would take them home, often find themselves on yet another journey, another dusty trail, being pushed out time and again from one city to the next, from one country to another, even lost between continents.

My grandfather was buried in the Nuseirat Refugee Camp cemetery, not in Beit Daras as he had wished. But he remained a Badrasawi to the end, holding so passionately onto the memories of a place that for him—for all of us—remain sacred and real.

What Israel still fails to understand is that the ‘Right of Return’ for Palestinian refugees is not merely a political or even a legal right to be overpowered by the ever-unfair status quo. It has longed surpassed that into a whole different realm. For me, Beit Daras is not just a piece of earth but a perpetual fight for justice that shall never cease, because the Badrasawis belong to Beit Daras and nowhere else.

This article was originally published at RamzyBaroud.net on May 16, 2018.