The Crisis Is Only In Its Beginning Stages 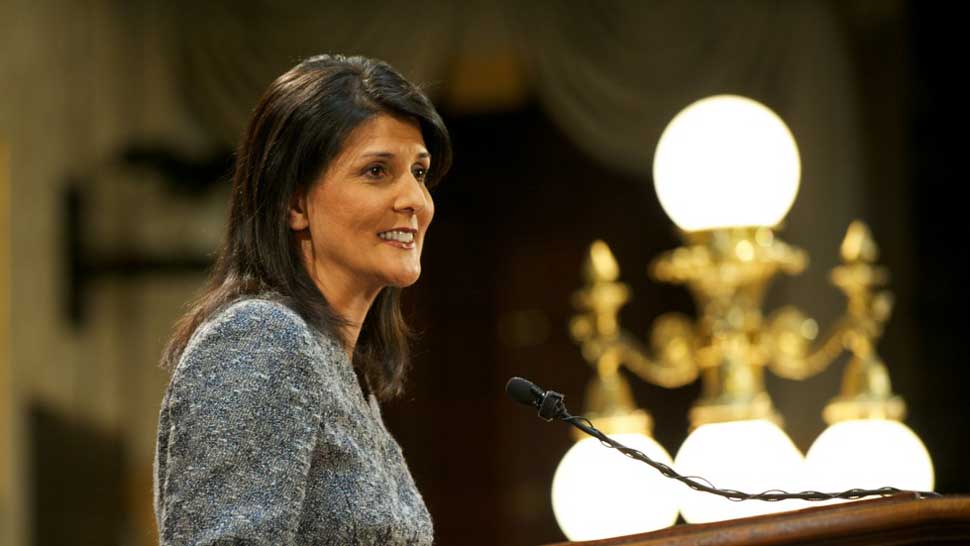 The Russian government is delusional if it thinks it can maintain peaceful relations with the government that's represented to the world by Nikki Haley, influenced by the crazed neocon warmonger John Bolton, and led by a president himself under attack for wanting to normalize relations with Russia.

Many, including Russia’s President Putin, have asked why the US launched an illegal attack on Syria prior to the chemical weapons inspectors examining the site of the alleged chemical attack.

This popular question completely misses the point. The US attack on Syria is a clear and indisputable war crime against a sovereign country regardless of whether Syria used a chemical weapon in driving the Washington supported terrorists from Douma.

Russia said that if Washington’s attack harmed its citizens, there would be military consequences, but Russia did not protect its ally Syria from the attack.

Perhaps it doesn’t matter as Washington’s attack was carefully conducted so as to have no effect except to serve as a face-saver for Trump. Apparently no one was killed and no damage was done to anything real except to a facility in which anti-venom for snake bites was being produced.

It is unlikely that the UN Security Council will condemn Washington, which pays 25% of the UN’s budget. Moreover, the Security Council is loaded up with Washington’s vassals, and they will not vote to censure their liegelord. Putin is wasting his time taking the matter to the Security Council, unless his purpose is to prove that every Western institution is completely corrupt. As most informed people already know this, I don’t understand the point of proving the known. Putin should read Eric Zuesse’s article “How the US Has Virtually Destroyed the UN” before he puts too much faith in the UN.

As I have written on a number of occasions, I admire Putin’s Christian character of sidestepping the beatings he continuously takes from Washington in order to save the world from the massive deaths of a world war. The problem is that by turning the other cheek, Putin encourages more aggression from Washington. Putin is dealing with neoconservative psychopaths. He is not dealing with common sense.

The Russian government is captured by delusion if the Russians believe that the US government, in which Nikki Haley is Trump’s choice to be America’s spokesperson to the world, in which the crazed neoconservative war monger John Bolton is a principal influence over US military and foreign policy, and in which the President himself is under threat of indictment for wanting to normalize relations with Russia, has any prospect of avoiding war.

The best chance of preventing the oncoming war is Russian-Chinese-Iranian unity and a defeat for American arms in a regional context not worth the Washington psychopaths launching of nuclear weapons. Until Washington is effectively resisted, Washington’s European vassals, the UN Security Council and the OPCW will stand with Washington. Once Washington experiences a defeat, NATO will dissolve and with this dissolution Washington’s ability to threaten other countries will lose its cover and evaporate.

This article was originally published at PaulCraigRoberts.org on April 17, 2018.