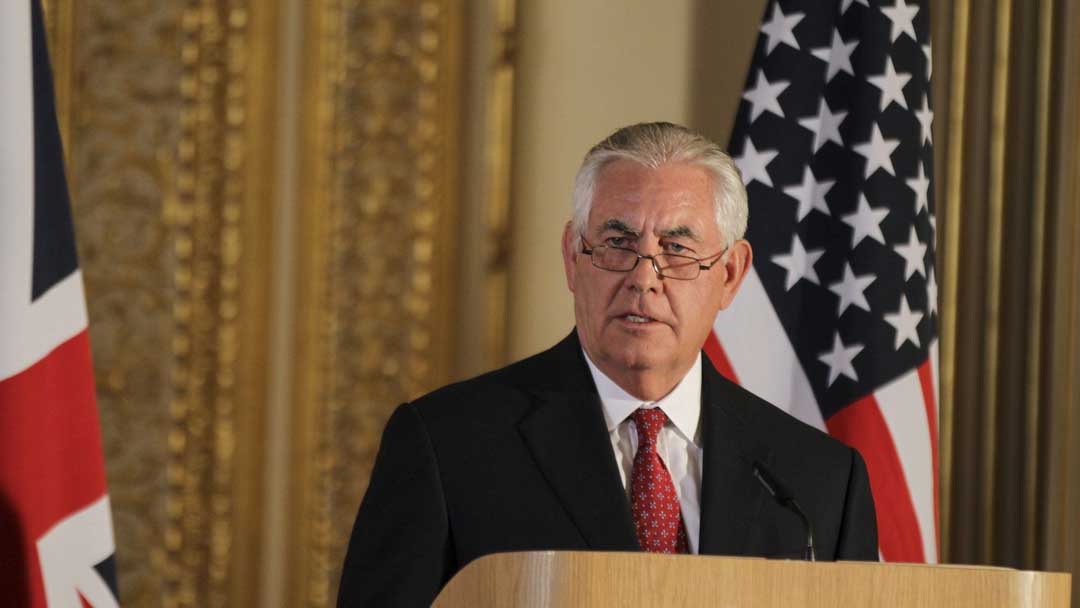 The firing of Secretary of State Tillerson, the movement of CIA Director Pompeo to Secretary of State, and the promotion of Gina Haspel all indicate that the military/security complex has closed its grip on the Trump regime. There will be no more talk of normalizing relations with Russia.

Senator Chuck Schumer (D, NY) says Tillerson’s firing indicates that the Trump administration is disintegrating. I understand why Senator Schumer sees it that way, especially following all the other dismissals and resignations.

I see it differently. The firing of Secretary of State Tillerson, the movement of CIA Director Pompeo to Secretary of State, and the promotion of Gina Haspel, who oversaw the secret CIA torture prisons in Thailand, indicate that the military/security complex has closed its grip on the Trump regime. There will be no more talk of normalizing relations with Russia.

The combination of the Israel Lobby, the neoconservatives, and the military/security complex have proven to be too powerful for peace to be established between the two nuclear powers. If you look at Trump’s administration, the above three forces are those in charge.

Israel remains determined to use the US military to destabilize Syria and Iran in order to isolate Hezbollah and cut off the militia’s support and supplies. The neoconservatives both support Israel’s interest and their own desire for Washington’s hegemony over the world. The military/security complex intends to hold on to the “Russia threat” as a justification of its budget and power.

The presstitutes are in complete harmony with the scheme. Although Russiagate has been proven to be false charges orchestrated by the DNC, FBI, and CIA, the presstitutes continue to repeat the charges as if evidence exists that proves the charges to be true. The “stolen election” is fiction turned into fact. And now we have a new charge, that Putin ordered a former British spy in England to be eliminated while sitting on a park bench with the use of a highly unlikely form of military poison. The charge is preposterous, but that is not preventing the fiction from becoming fact.

Related article: The Result of Mueller’s Investigation: Nothing

Having served in Washington for a quarter century and having known members of the British government, I do not believe that any of them believe the Russiagate and Skripal poisoning stories. What is happening is that an agenda has taken precedence over truth.

This is an extremely dangerous agenda. Russia’s new weapons easily give Russia military superiority over the US. As China and Iran see the situation similarly to the Russians, the US is greatly out-classed. Yet, Washington and its vassals persist in making violent and false charges and threats against Russia, Iran, and on occasion China. Russia, Iran, and China know that these charges are false. Confronting an endless string of false and hostile charges, they prepare for war.

The world is being driven to war, which would be nuclear, by a tiny minority: Israeli Zionists, neoconservatives, and the US military/security complex. We are witnessing the most reckless and irresponsible behavior in world history. Where are the voices against it?

This article was originally published at PaulCraigRoberts.org on March 13, 2018.