How the Mainstream Media Are Deceiving You about the Flu Vaccine 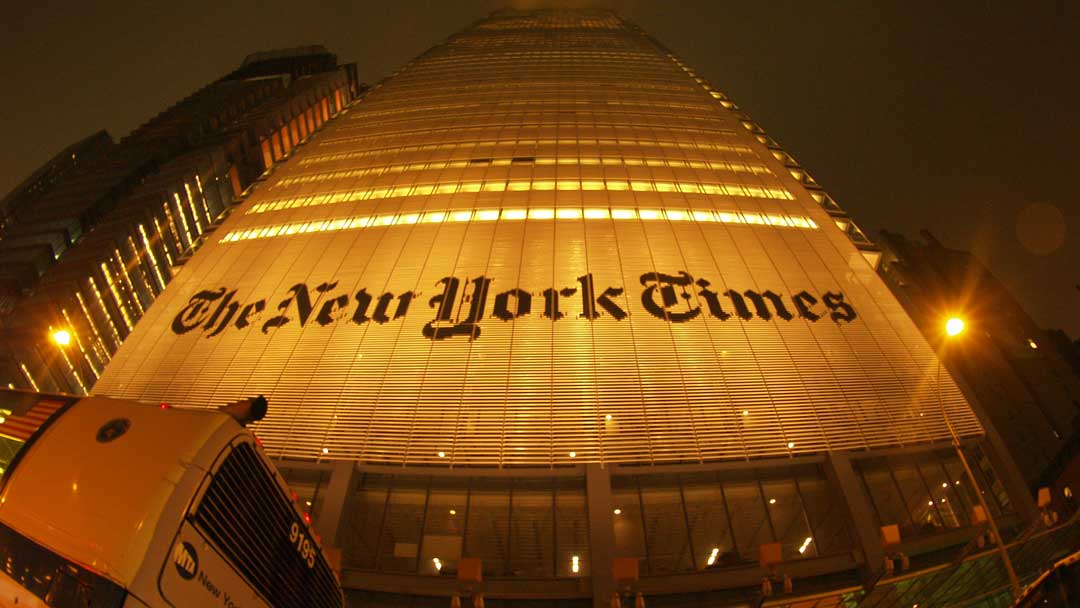 A comparison between what the New York Times says science says about the influenza vaccine and what its own sources actually conclude provides a clear demonstration of how Americans are being systematically lied to.

In a New York Times article on January 11, 2018, Aaron E. Carroll argued his case for “Why It’s Still Worth Getting a Flu Shot”. His purpose is to urge Americans to follow the recommendation of the Centers for Disease Control and Prevention (CDC) to get an annual flu shot. However, in order to lead his readers to the desired conclusion, he deceives them by grossly mischaracterizing his own sources from the scientific literature.

For context, the CDC recommends that everyone aged 6 months and up—including pregnant women—get an annual flu shot. So when Carroll argues in his Times piece that everyone should get the vaccine, this is what he is talking about.

Carroll begins with an acknowledgment that this year’s seasonal influenza vaccine in the US is “particularly ineffective” (estimated at only 10% effectiveness), but his message is that everyone should still line up obediently to get the shot. His reasoning is that even some benefit is better than none, while the risk of harm from the vaccine is “almost nonexistent”.

To support his assertions about the proven safety and effectiveness of the vaccine, he cites two meta-analyses from the prestigious Cochrane Collaboration. In this type of study, researchers search the medical literature for relevant studies and review the body of evidence available by combining the results of studies that meet the inclusion criteria.

The first study was a 2010 Cochrane review, which Carroll characterizes as having found that the influenza vaccine confers “a big payoff in public health.” The second was from a 2012 review, which he claims showed that “The negatives of a flu shot are almost nonexistent, and significant side effects are very rare.”

In fact, the 2010 review found evidence of the effectiveness of the vaccine lacking. Far from concluding that the CDC’s policy conferred “a big payoff in public health”, the Cochrane researchers concluded that their findings “seem to discourage the utilization of vaccination against influenza in healthy adults as a routine public health measure.”

And, in fact, the 2012 review expressed concern that, given known harms from specific influenza vaccines including narcolepsy and febrile convulsions, their search turned up “only one study of inactivated vaccine in children under two years”. Their conclusion was that, given the fact the CDC recommends vaccination of children under two, even infants as young as six months, “large-scale studies assessing important outcomes, and directly comparing vaccine types are urgently required.”

A 2014 Cochrane review expressed the additional concern that the number of randomized controlled trials of influenza vaccine for pregnant women was zero. The researchers concluded that “The results of this review provide no evidence for the utilization of vaccination against influenza in healthy adults as a routine public health measure.”

In fact, the 2010 review Carroll cites to support the CDC’s policy went so far in its criticism of that policy as to accuse the CDC of deliberately misrepresenting the science in order to support its recommendation.

Citing as their example a 2009 CDC policy document outlining its rationale for recommending universal annual influenza vaccination, the Cochrane researchers concluded that its authors “clearly do not weight interpretation by quality of the evidence, but quote anything that supports their theory.”

Of course, Aaron Carroll at the New York Times was simply following the CDC’s example in grossly misrepresenting the science.

As the Cochrane researchers noted in the same 2010 review, the CDC’s primary justifications for its flu vaccine recommendation are that universal vaccination will (1) reduce transmission of the virus and (2) reduce the risk of potentially deadly complications from influenza.

Yet their literature review found no evidence that either assumption is true.

In fact, none of the studies the researchers looked at in their comprehensive review of the literature even seemed to consider the question of whether the central assumptions underlying the CDC’s policy were actually true.

This is an astonishing illustration of the institutional myopia that exists when it comes to the politically sensitive issue of vaccines.

The astonishing myopia is also illustrated in the way the government and establishment media in the US routinely and systematically lie in order to manufacture consent for public vaccine policy.

There is a serious conversation to be had about vaccines. It is well past time the mainstream media started having it, rather than serving as recklessly irresponsible propaganda mouthpieces for the state.

To understand more about how the media are dangerously misinforming you about the safety and effectiveness of the influenza vaccine, read my full report, “Should You Get the Flu Shot Every Year? Don’t Ask the New York Times.”