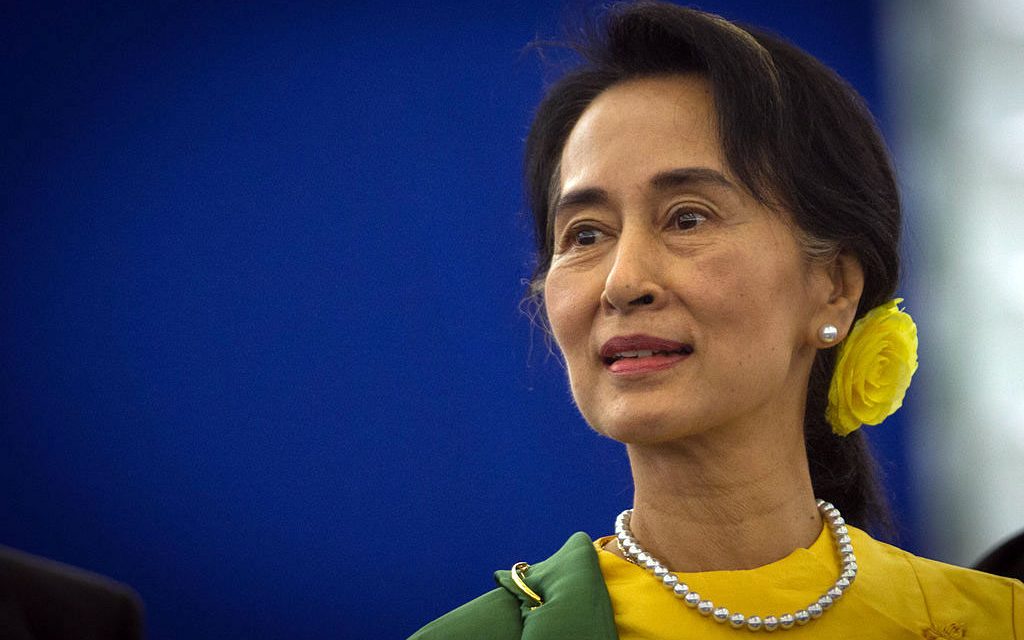 Aung San Suu Kyi should be held accountable for more than her moral failings but, considering her leadership position, she should be held directly responsible for crimes against humanity, together with her top security and army brass.

Although the genocide of the Rohingya minority in Myanmar has gathered greater media attention in recent months, there is no indication that the international community is prepared to act in any meaningful way, thus leaving hundreds of thousands of Rohingya refugees stranded in border camps between Myanmar and Bangladesh.

While top United Nations officials are now using the term ‘genocide’ to describe the massive abuses experienced by the Rohingya minority at the hands of the Myanmar army, security forces and Buddhist militias, no plan of action to stem the genocide has been put in place.

In less than six months, beginning August 2017, an estimated 655,000 Rohingya refugees fled or were pushed out across the border between Myanmar and Bangladesh. Most of the ‘clearance operations’—a term used by the Myanmar military to describe the ethnic cleansing of the Rohingya—took place in Rakhine state.

In a recent report, Medecins Sans Frontieres (MSF) relayed the harrowing death toll of Rohingya during the first month of the genocidal campaign.

At least 9,000 Rohingya were killed between August 25 and September 24, according to MSF. This number includes 730 children under the age of five.

Eric Schwartz of Refugee International described these events in an interview with American National Public Radio (NPR) as “one of the greatest crimes in recent memory—massive abuses, forced relocations of hundreds of thousands of people in a matter of weeks.”

Coupled with numerous reports of gang rape, outright murder, and mass burning of villages, Rohingya are left defenseless in the face of unspeakable atrocities.

Worse still, a recent agreement between Myanmar and Bangladesh has been reached to repatriate many of these refugees, with absolutely no guarantees for their safety.

With no safeguards in place, and with the Rohingya having been stripped of their legal status as citizens or legal aliens in Myanmar, going back is as risky an endeavor as is fleeing.

The plan to repatriate Rohingya refugees without any protection, or the guaranteeing of their basic rights is part of a larger campaign to whitewash the crimes of the Myanmar government and to, once more, defer the protracted crisis of the Rohingya.

Although the cruelty experienced by the Rohingya goes back decades, a new ethnic cleansing campaign began in 2012, when 100,000 Rohingya were forced out of their villages and towns to live in prison-like makeshift refugee camps.

In 2013, more than 140,000 were also displaced, a trend that continued until last August, when the bouts of ethnic cleansing culminated into all-out genocide involving all security branches of the government, and defended by Myanmar officials, including Aung San Suu Kyi.

The latter was celebrated for decades by western media and government as a democracy icon and human rights heroine.

However, as soon as Suu Kyi was freed from her house arrest and became the leader of Myanmar in 2015, she served as an apologist for her former military foes. Not only did she refuse to condemn the violence against the Rohingya, she even refuses to use the term ‘Rohingya’ in reference to the historically persecuted minority.

Suu Kyi’s support for the military’s relentless violence has earned her much contempt and criticism, and rightly so. But too much emphasis has been placed on appealing to her moral sense of justice to the point that no strategy has been formed to confront the crimes of the Myanmar military and government, neither by Asian leaders nor by the international community.

Instead, an unimpressive ‘international advisory board’ was set up to carry out recommendations by another advisory council led by Kofi Annan, the former UN Secretary General.

Expectedly, the advisory board is proving to be nothing but an instrument used by the Myanmar government to whitewash the crimes of the military. In fact, this is the very assessment of former US cabinet member and top diplomat, Bill Richardson, who recently resigned from the board.

“The main reason I am resigning is that the advisory board is a whitewash,” he told Reuters, asserting that he did not want to be part of “a cheerleading squad for the government.”

He, too, accused Suu Kyi of lacking ‘moral leadership.”

But that designation no longer suffices. Suu Kyi should be held accountable for more than her moral failings but, considering her leadership position, she should be held directly responsible for crimes against humanity, together with her top security and army brass.

Phil Robertson of Human Rights Watch is one of the leading voices among rights groups who are calling for the UN Security Council to refer Myanmar to the International Court of Justice (ICC) in The Hague. Even though Myanmar is not a signatory of the Rome Treaty, such a referral is the only way to take a non-ratifying state to the ICC.

This step is both legally defensible and urgent, as the Myanmar government has showed no remorse whatsoever towards the horrible violence it has meted to the Rohingya.

Robertson also called for ‘targeted sanctions’, which will most certainly get the attention of the country’s rich and powerful elites that rule over the military and government.

In recent years, Myanmar, with the help of the US and other Western powers, was allowed to open up its economy to foreign investors. Billions of US dollars of foreign direct investments have already been channeled into Myanmar and six billion US dollars more are also expected to enter the country in 2018.

That, too, is a great act of moral failing on the part of many countries in Asia, the West and the rest of the world. Myanmar should not be rewarded with massive largesse of foreign investments, while whole communities are being killed, maimed or made into refugees.

Without sanctions that target the government and military—not the people—coupled with legal action to prosecute Myanmar’s leaders, including Suu Kyi, before the ICC, the genocide of the Rohingya will continue unabated.

This article was originally published at RamzyBaroud.net on January 30, 2018.